It’s hard not to make a “Twilight” joke in a review of a film about a man in the later years of his life confronted with werewolves in suburbia, but I’ll try and avoid it. Adrián García Bogliano’s “Late Phases” tells just such a story, sketching a horror-comedy about a grizzled Vietnam vet named Ambrose (Nick Damici), who moves to a community that seems to run into trouble every 30 or so days with each full moon. Bogliano can’t quite manage the tones of the film, resulting in a frustrating piece of work overall, but Damici gives his memorable protagonist enough life to hold it together more often that it would have otherwise. He’s great here. The movie around him, not so much.

Writing a horror film with a blind, elderly Vietnam vet as its protagonist is a risky proposition, but Damici rises to the challenge as Ambrose, a man we meet moving to a new community with his dog Shadow and the help of his son Will (Ethan Embry). As he’s feeling the wall of his new abode, Ambrose pulls a massive claw from the wall. Something’s not right behind these picket fences. The local older women initially take to Ambrose’s rugged persona, but he soon rubs them the wrong way with his tendency to say what’s on his mind and brandish a loaded weapon. Ambrose doesn’t make friends easily. And he doesn’t seem to care. He just wants to live out his final days with his dog and his peace and quiet.

Of course, that’s interrupted the first night he’s there by an attack on the kind woman living next door. Ambrose hears the fight, in which we see a man-sized wolf tear an old woman apart—those turned off by gore might want to stay away—and he’s quickly a part of the attack when Shadow gets involved, and ends up dead. One night in his new community, and Ambrose has to bury his only remaining companion. Naturally, he’s pissed. And he’s going to get to the bottom of the “animal attacks” in his new community. The cops don’t care. The suburban sprawl has extended near the forest and they’re eager to write off the concerns of the older residents as animal attacks. Ambrose knows more is going on, and tries to figure out who may be a creature of the night when the moon turns full. Could it be the kindly Priest (Tom Noonan)? Time to get some silver bullets, build a cross, and find out.

The way that society discards its elderly, represented by Embry’s distant son and the dismissive authorities in this community, adds an interesting subtext to Bogliano’s film. And Ambrose’s background does some of the same, painting this battle with the supernatural as one last trip in the country for the veteran. He may be blind, he may be old, and he may have regrets, but this thing killed his dog and he’s going to do what's right, goddammit. Damici finds just the right energy for the role, never overplaying Ambrose's potentially scenery-chewing traits. In fact, it’s how seriously Damici plays the part that allows it to work. He never winks at the camera as a lot of other actors would have. He takes Ambrose’s plight seriously.

Sadly, I can’t quite say the same about Bogliano. He never quite convinced me that he figured what kind of film he was trying to make. A lot of the creature design is misguided (exaggerated and goofy more than scary), and some of the tonal jumps are jarring. The film goes from character-driven drama with Ambrose and his new religious exploration late in life to remarkably gory horror to something that plays more like a horror-comedy with one-liners that would have worked in “Bubba Ho-Tep.” I think the various tones in Eric Stolze’s script proved more of a challenge than Bogliano expected. Balancing horror, comedy and drama in a way that makes all three effective is incredibly difficult. All three typically end up getting less attention than they need. 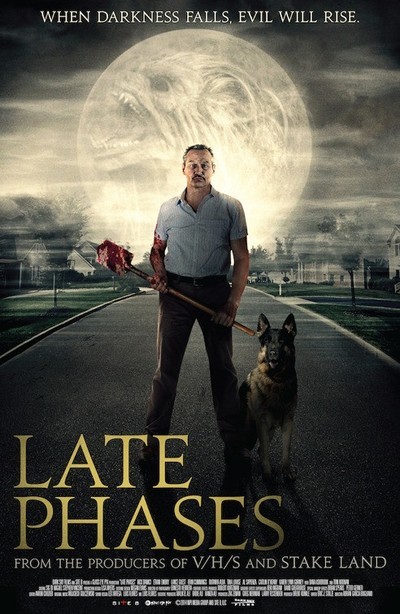 Ethan Embry as Will

Rutanya Alda as Gloria B.