“Last Knights” is so thoroughly mediocre, so dully empty, that it’s difficult to summon the enthusiasm to trash it. And yet, duty calls.

Duty—and honor, and loyalty—are the themes of this thoroughly forgettable, vaguely medieval action epic, and the subjects of lengthy and generic monologues. But when the characters are drawn in such flimsy fashion, and their adventures are depicted so blandly, it’s impossible to care about whether they fulfill the grand mission which is their solemn destiny.

Japanese director Kazuaki Kiriya’s film might feature some handsome staging and solid production values, but it’s hard to tell. His film is relentlessly dreary and bleak, smothered in a gray sameness and often obscured by pseudo-artful, slow-motion raindrops or snowfall. This is a VERY serious film, in case you couldn’t tell.

There is an effortless multiculturalism to the cast, though, which is appealing, and it gives the film a timelessness despite its centuries-old setting. White, black, Iranian, Israeli, British, Norwegian, Korean and Japanese actors share the screen with ease, and it just sort of makes sense. But then it’s frustrating to watch these talented actors stuck in one-note roles with wooden dialogue, which they invariably are.

Morgan Freeman stars as a respected nobleman named Bartok who refuses to give in to the emperor’s demands to place crippling taxes on his people. (Yes, like “Star Wars: Episode I – The Phantom Menace,” “Last Knights” is about the inherently cinematic topic of taxation.) Bartok’s right-hand man and heir apparent is Raiden (Clive Owen), a revered and world-weary warrior. Early on, when Bartok delivers a dignified speech about his plans to hand over the keys to the kingdom (as well as his legendary sword) upon his passing, you know he’ll be a goner soon.

But Freeman’s departure happens all-too soon. It retrospect, it turns out his was the only engaging character in this entire overlong slog, and the only one given any traces of a personality. Owen is forced to play it straightly stoic—except for the brief period when Raiden resumes his drinking and womanizing to numb the pain of the horrific circumstances surrounding Bartok’s death. Nonetheless, we know he will get his act together, rise up and return to lead his Seventh Rank in vengeance for his master’s death.

Their primary target is Gezza Mott (Aksel Hennie), the arrogant and effeminate adviser to the emperor who has struck fear throughout the land with his demands for bribes to fund his escalating empire. (Just to give you an idea of the kind of character we’re dealing with, we see his smushy-faced Japanese lap dog before we see him.) He’s the real power broker here, it seems; the emperor himself (Peyman Moaadi, who was so convincing in “A Separation”), does little more than quietly sulk.

Among the other international actors who go to waste here: Ayelet Zurer as Raiden’s loyal, long-suffering wife and Shohreh Aghdashloo as Bartok’s loyal, long-suffering wife. There is a theme here, as you see; the other role available to women in “Last Knights” is that of prostitute. Cliff Curtis gets little to do but grunt in manly fashion as Raiden’s main enforcer. But Korean veteran Ahn Sung-kee manages some slivers of dignity as a fellow nobleman who comes to Raiden’s aide.

The massive attack Raiden and his men stage on Gezza Mott’s fortress, which comprises the film’s final third, takes place in the dead of night with soldiers who are essentially interchangeable, so it’s often difficult to tell who is doing what to whom. This much is clear, though: There’s a lot of that metallic, sword-unsheathing sound, followed by a series of decapitations. And even those are no fun. 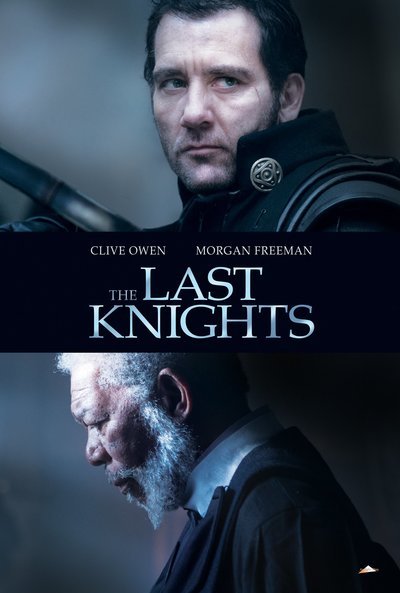