I'll never forget the day I heard "Smells Like Teen Spirit". I had a show on my high school radio station at the time and once a week my co-host and I would sit in a booth and just randomly listen to what came in that day. Most of it was garbage, of course. The early ‘90s were not as wonderful a time for music as VH1 would have you believe. We knew of Nirvana and so the arrival of Nevermind grabbed our attention quickly. But neither of us were prepared for the first track. No one in the world was. I remember the look on my co-host's face. It’s that rare feeling when you know what you’re hearing is not only going to be popular but influential. We put it on the air immediately. And my obsession with grunge music began.

I offer this anecdote to make clear that my personal relationship with Nirvana is a very strong one (even if I have listened to Pearl Jam and Alice in Chains way more in the decades since)—I can also still picture a friend of mine openly weeping when she heard about Kurt Cobain’s suicide, too-few years later. However, even with my card-carrying fan status in mind, I think people on the other end of the grunge spectrum of taste would find something special in “Kurt Cobain: Montage of Heck”. Just as Nirvana took elements of music we had heard before and made them sound new, filmmaker Brett Morgen deconstructs the music documentary and makes it feel new again. In fact, this is one of the best music documentaries ever made.

“Montage of Heck” is the product of eight years of production by Morgen, the genius behind “The Kid Stays in the Picture”, "Chicago 10", and “Crossfire Hurricane,” and the first Nirvana doc authorized by the estate. It’s almost as remarkable for what it’s not as for what it is. It is not hagiography. A VAST majority of music documentaries are made “by fans for fans.” They merely gild the pedestal on which music history has already placed someone or argue for their underrated importance. There are also documentaries that serve the opposite purpose—to pull a Rock God from the heavens down to Earth. “Montage of Heck” doesn’t do that either. It is more intimate, more emotional, and more personal than either of those easy extremes. It is a true peek into the life of a private superstar. How did he become a rock icon? How did he turn his childhood pain into art? How did his emotional demons overtake him? These are much more difficult questions for a filmmaker to answer than “Nirvana vs. Pearl Jam” or other such garbage of the traditional rock doc.

Morgen’s approach is as multi-layered as Nirvana’s music. There are interviews (including Courtney Love and Krist Novoselic, but, sadly, not Dave Grohl) but it’s FAR from a talking head doc as Morgen focuses on archival footage more than anything else. And it’s not a performance doc although Nirvana’s music can be heard through almost all two-hours-plus of the piece. Morgen varies styles—going from home movies to animated recreations of Kurt’s own autobiographical recordings to concert footage to interviews and back again. It all fits tonally with Nirvana. There’s something about listening to the music that Kurt would write later in life while watching home movies of a hyperactive young Cobain that almost feels like a music video that the band itself would have produced. At one point, Morgen plays a version of "All Apologies" that almost sounds like it's coming out of a child's music box, almost as if it's a melody that Cobain has in his head from childhood.

“Montage of Heck” is layered with emotion throughout. Morgen holds a shot after discussing Kurt’s emotional abuse as a child—“The sad part of the whole thing is that Kurt just really wanted to be with his mom”—and then those words lead into the opening lines of “Something in the Way”; it’s difficult not to cry at the little boy lost who turned that into art later in life. Morgen uses still photos, drawings Kurt made, animations, and then works with his editor to cut them together in rhythm with Nirvana’s music in ways that are completely mesmerizing.

“Kurt Cobain: Montage of Heck” gets slightly repetitive in the second half as Cobain’s issues with fame and relationship with Love dominate the narrative, but even those commonly-discussed chapters of the Cobain legacy have a different, almost tragic energy here. Watching Kurt joke around with Courtney (mocking Axl Rose and Chris Cornell) reveals the friendship dynamic of the two in a different way than we've seen before. And the filmmaking always crackles. Every song choice, every intimate home movie, every personal moment—they have been carefully chosen from eight years of research for maximum impact. There’s an important critical dictum when one reviews documentaries that we need to be careful to focus on the form of the filmmaking as much as the content. Filmmaking matters more than subject matter. In this case, both are brilliant.

"Kurt Cobain: Montage of Heck" premieres on HBO on Monday, May 4th at 9pm EST. 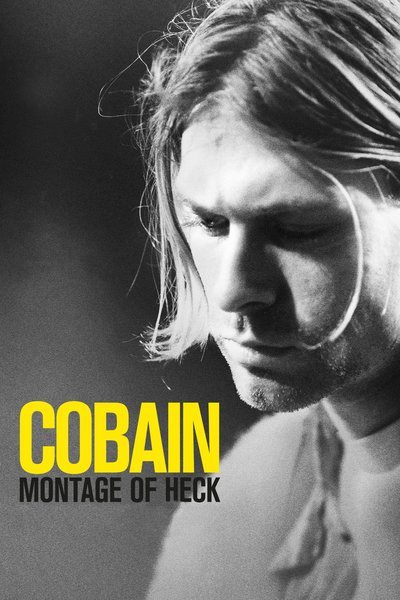