The title of this movie, written and directed by Johannes Nyholm, comes from a nonsense ditty ostensibly sung by a character depicted on a large spinning-top music box coveted by a young girl early in the story. On the artwork of the object, the man in the ice-cream suit and the bow tie, the big fella carrying a pig, and the witch-haired woman all look odd but relatively unthreatening. When they are incarnated as flesh and blood or something along those lines—because we can’t be sure if they’re real or “real,” or what have you—it’s a different story.

The music box is desired by a little girl whose parents, Tobias (Leif Edlund) and Elin (Ylva Gallon) buy it for her while on holiday. But before they can gift her with it, their child dies. The circumstances are bizarre: Elin gets awful unexpected food poisoning; she and Tobias and their girl have to be airlifted to a hospital; and in the hospital, it’s the little one who passes away while Elin’s getting treatment.

There follows a sequence of shadow-puppet like animation depicting a couple of bunnies attending a burial, possibly the only non-excruciating segment of this entire exercise in arty scab-picking.

The movie cuts to three years later. Tobias and Elin are off on another holiday, camping, and immediately all isn’t well. Tobias brings a couple of ice cream cones to the car and Elin says, “This isn’t what I wanted.” She may be referring to the flavor of the ice cream, but she clearly means everything.

In their tent that evening, Elin announces she has to urinate; she leaves the tent and is immediately confronted by the man in the ice cream suit, the fellow carrying the rather-more-grisly-than-the-painted-depiction dead pig (who looks like a cross between the hulking lead in Bruno Dumont’s “L’Humanite” and a David Lynch woodsman), and the witch-haired woman. The suited fellow hits her with a stick while verbally admonishing her.

And most of the movie is just that: the same in-the-tent scene happening over and over, with variations of the couple’s humiliation depicted with little mercy or restraint. The structural hook, if one can call it that, may be reminiscent of an eternal-return one such as that which propelled “Groundhog Day,” but it’s not nearly as clearly articulated.

The aggregation of events is meant, I suppose, to approximate the psychological torment suffered by these grieving parents, but finally they merely manifest grotesque non-sequiturs that don’t work even if you allow them an absurdist context.

It certainly doesn’t help that as written and performed, Tobias and Elin are entirely banal characters with nothing to define them but their loss. Where Nyholm abandons them at the end—in a stalled car, in a sump, Elin’s sweatpants soaked in urine—may seem to the director a statement of dire nihilist profundity. But for the viewer, it’s only a final insult. 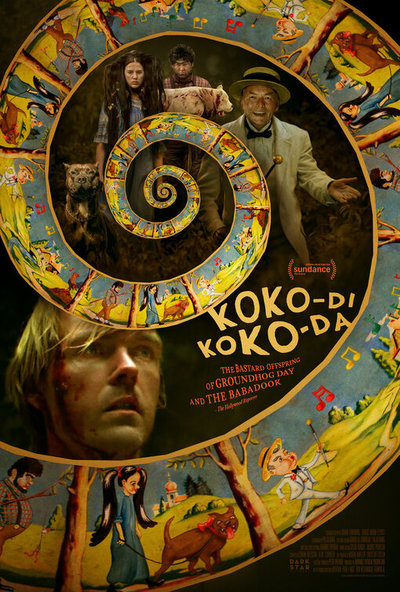