The promotional materials for “Kin” hail it as being from the producers of “Arrival” and “Stranger Things,” and while that may be true, it's highly unlikely most viewers will come away comparing it to those previous efforts. Moviegoers with longer memories, however, may find themselves contemplating the similarities between this film and “Laserblast,” a super-cheesy 1978 exploitation movie that somehow managed to simultaneously rip off both “Carrie” and “Star Wars,” and which is perhaps most famous today for being the subject of an especially memorable “MST3K” riff than anything else. At least that movie, for all of its artistic sins, knew exactly what it was trying to do—supply undiscriminating viewers with 90 minutes of low-grade explosives, sheet cake and a sub-Leif Garrett hero who seemed to have had his entire body feathered before each take. That's more than can be said for “Kin,” a disjointed and at times off-putting mess that veers wildly and unconvincingly between a road movie, a family drama, a violent crime film and an offbeat sci-fi thriller before arriving at a finale so loopy that even if I spoiled it here and now, many of you would just assume that I was kidding.

Eli (Myles Truitt) is a troubled 14-year-old African-American kid growing up in a rough Detroit neighborhood with his tough-but-loving adoptive father Hal (Dennis Quaid), who is trying to raise the kid right in the wake of the death of his wife and the imprisonment of his biological son, Jimmy (Jack Reynor). One day, Eli sneaks into an abandoned building to find copper wire to sell and stumbles upon the dead bodies of what appears to be a group of futuristic soldiers along with a mysterious hi-tech gun that responds automatically to his touch. Although Eli initially flees the scene, the lure of the weapon is too great to resist and when he returns later on, the bodies have vanished, but he finds the gun and brings it home with him. Meanwhile, the just-released Jimmy returns home as well and brings a new set of troubles along with him—having borrowed $60,000 from local crime lord Taylor (played, perhaps inevitably, by James Franco), he now has to pay the money back immediately or bad things will happen, not only to him but to his father and Eli as well.

When Dad refuses to look the other way while he robs the safe at the construction company he runs, Jimmy, Taylor and some of the latter’s goons break in to grab the money for themselves. Not surprisingly, things quickly go south, and Jimmy decides to hit the road with both the money and Eli, telling the kid they are going on a road trip to Tahoe for a few days. Naturally, Eli brings his new possession along for the ride and when Jimmy, just as naturally, gets into a scrape at the strip club where he has taken his brother for a good time (not that good of a time—this is one of those PG-13 strip clubs where no one takes anything off), Eli pulls it out and gives off a brief demonstration of its incredible destructive power before the two escape, accompanied by friendly stripper Milly (Zoe Kravitz). The three continue on, not realizing that they have numerous parties in pursuit of them—the cops, who want to bust Jimmy for what happened back in Detroit; Taylor, who wants to kill him; and a pair of those otherworldly soldier types who have traced the weapon and will do anything to get it back.

The film is based on “Bag Man,” a 2014 short film by Jonathan and Josh Baker that combined impressive visual effects with a certain dramatic lyricism in an effective manner. In trying to expand the basic premise of that short into a feature, the Bakers (making their feature directing debuts) and screenwriter Daniel Casey have instead cluttered things up with a narrative whose ambitions far outreach their collective grasp. It is possible to make a successful film that combines the variety of elements on display here—Jeff Nichols did a pretty magnificent job of it with the criminally under-seen 2016 film “Midnight Special”—but rather than complement each other, they end up clashing here in increasingly obtrusive and confounding ways. Another problem is the remarkable lack of tension—the pacing is so languid at times that the film comes across as not so much exhausting as it does exhausted. Then there's the borderline crazy finale, which offers up mounds of clumsy last-minute exposition, a blatant setup for a sequel and a prominent celebrity cameo with more chutzpah than style. The only possible explanation for this is that the filmmakers may have hoped that audiences would leave thinking more about this crazy finale, and not the fact that they just watched what's essentially the story of a troubled teenager who finally finds some form of power and purpose in his life once he gets his hand on a gun—a dubious concept under any circumstance and one that rings especially hollow at this particular time.

The lone bright spot here is Truitt, who invests Eli with a soulfulness the film itself never comes close to matching. As for the other actors, Quaid is effective enough as the gruff father but isn’t around long enough to make much of a difference, Kravitz’s talents are wasted on a nothing part and Carrie Coon pops up so arbitrarily during the final scenes that you’ll find yourself wondering how much of her role wound up on the cutting room floor. Then there's Reynor, who is supposed to be playing an obnoxious jerk but does so in such a stridently irritating manner that many viewers will be actively rooting for Franco’s character to catch up with him and lower him into a stump grinder. As for Franco, he plays yet another one of the self-consciously quirky white-trash thugs that he loves to essay in his spare time (Taylor may be a vicious murderer, but he loves listening to Joni Mitchell), this time in a batch of scenes that feel as if he just decided to make things up as he went along. That said, Franco does figure in my favorite moment, a bit where he punishes the bad behavior of one of his minions by making him stand in the corner for a time-out. By the time “Kin” stumbles to its conclusion, moviegoers may want to do the same thing to the filmmakers. 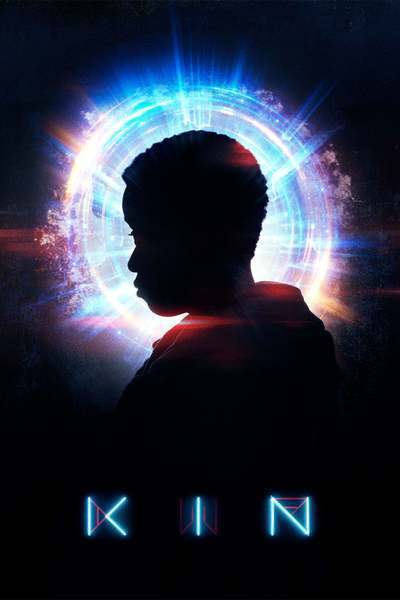 Writer (based on the short film "Bag Man" by)