“There’s all sorts of stories. Happy ones. Sad ones. Pathetic ones. Mine.” The speaker as this movie opens is Hank, played by Dylan McDermott, and he’s not a happy camper to say the least. Unshaven, unconvincing in a cowboy hat, t-shirt very gray but clearly not store-bought in that color. He lives in a housing development where he’s fenced in his own garden space with camo fabric. Therein he spends time with his pals, a couple of turtles for whom he’s concocted a miniature desert landscape. Every now and then he’s visited by a vision of an angry guy in an orange jumpsuit. His human neighbors aren’t quite sure what to make of him.

Hank works as a parking monitor at a local high school, and the punk kids, including the wide-eyed freak Gator (Daeg Faerch) and the relatively more clean-cut Marcus (Jack Kilmer) give him holy hell, referring to him as “Spank” and pulling gross-out pranks on him.

Into this already hot mess struts the title character, a gorgeous high-school transplant with translucent blue eyes, an array of cryptic tattoos on her arms, and a winning manner. For some reason she’s got her own apartment in Hank’s development, and on the afternoon that she arrives, she gets the older man to help her out with the boxes.

In the twinkling of those translucent blue eyes, Josie is lounging by the development’s swimming pool, decked out in a bathing suit that was last seen as a costume in Madonna’s “Sex” coffee table book. Hank peers out through the camo and feels stirrings. Director Eric England goes full male gaze on actor Sophie Turner in this role.

Josie plumbs the depths of Hank’s guilt-ridden past, while tempting Marcus and Gator for purposes that are first mystifying. She’s smart and seems wise beyond her years. Hank’s neighbors, one of whom had nicknamed him “Hanky Panky” even before Josie had shown up on the scene, are increasingly concerned. There’s a decent confrontation scene between McDermott and Robin Bartlett (who played Mrs. Gorfein in "Inside Llewyn Davis") in which the latter warns him off of the young blood.

So, what’s Josie’s gambit? I figured it out 43 minutes into its 85-minute running time. England, along with screenwriter Anthony Ragnone II, may believe that they’ve explored an interesting moral conundrum in concocting this character, but what they’ve actually done is indulged one of the most corrupt (and hoary) male fantasies about women to come down the narrative pike ever. They do it with a fair amount of professional aplomb, and the cast contribute committed efforts. Nevertheless, as the movie did its slow fizzle, I couldn’t help but wonder when the #MeToo movement was going to make its way into actual movie content. Because the misogyny inherent in “Josie” isn’t just objectionable, it’s boring. 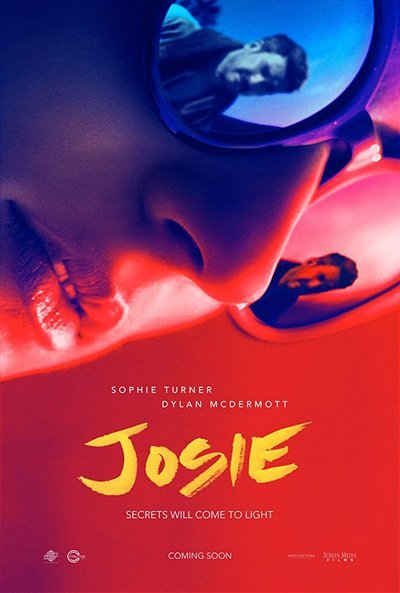