"Where everything is bad, it must be good to know the worst." The British philosopher F.H. Bradley wrote that, and while he was surely not referring to the relative glut of bad movies that American distributor dump into theaters during the six-to-eight week winter/awards season lull at the beginning of each year, such is the state of things that while it may indeed be good to know the worst, it's kind of difficult to tell. There's also a kind of inverse correlative possible: with so much bad, how can you tell what's good?

On the face of things, a studio reboot of the late writer Tom Clancy's Jack Ryan character, a sort of American James Bond for the neocon/family values set, seems like an opportunistic and banal idea. And for the first minutes of "Jack Ryan: Shadow Recruit," which rewrites the Ryan origin story by placing the young character in the London School of Economics for the terror attack of 9/11, opportunism and banality go hand in hand with nary a care in the world, it seems. Things get less blithe, and a little shaky, when appealing, square-jawed, eagle-eyed Chris Pine's undercover C.I.A. fiscal analyst Ryan is pairing off romantically with what seems to be a severely miscast Keira Knightley, who, try as she might, doesn't quite make it as a wholesome, uncomplicated young American woman of substantial backbone. So my question during the initial part of the movie was, "Just how bad will this be?"

But then something interesting (and pretty rare) happens: the movie finds its feet, and unrolls as a pretty suspenseful, largely engaging, and hardly ever too-over-the-top spy thriller. Once Ryan finds himself in Moscow, investigating what looks to him like a conspiracy to sink the U.S. dollar (you can tell this movie is a fantasy because as the plot proper unfolds one character refers to our native currency's "strong performance"), the ex-Marine finds himself back in action, and a fight scene that quotes purposefully from both "From Russia With Love" and "Torn Curtain" gets the adrenaline up. The presence of Russian villains suggests a certain Cold War nostalgia, at least as far as plot-point potential is concerned, on the part of screenwriters Adam Cozad and David Koepp. On the other hand, maybe they're just spy movie classicists. In any event, director Kenneth Branagh casts himself as one of them, and boy does he have a devil of a time playing chilly, drug-addicted psychopath financier Viktor Cherevin. (Mikhail Baryshnikov also seems to enjoy his role as an old-school Kremlin cardinal.) Also adding a good deal of juice is a straight-backed, just-offhand enough Kevin Costner as Ryan's spymaster. After Knightley's curious Cathy follows Ryan to Moscow and obliges him to blow his cover (I assume you're all familiar with the covert-C.I.A.-agent-drill in Popular Cinema by now), it's all in for a quasi-"Mission Impossible" style breach of Cherevin's corporation (whose logo bears a striking resemblance to that of Enron, oddly enough), to stop not just a fiscal disaster but a new terrorist attack on American soil.

Yes, the movie does pack in a lot of plot, and as you may have inferred, much of said plot is pretty derivative (the talk early on of a controversial oil pipeline will ring "The World Is Not Enough" bells for spy movie mavens). Derivative doesn't mean dumb, though (okay, it doesn't mean "too dumb"), and what the movie lacks in originality the cast and the director make up for in sheer let-us-entertain-you enthusiasm. Knightley eventually finds her footing—largely when she's left alone with Branagh, and their respective characters can cagily chat about Lermontov, as British thespians so often do among themselves. And while the movie does eventually trot out the too-common commonplaces of the damsel in distress and the ticking time bomb for the climax and grand finale, it plays those tropes with what passes for discretion in contemporary action movies. In short, a spy movie that will satisfy if you happen to be in the mood for one. Which in January constitutes something of a minor miracle. 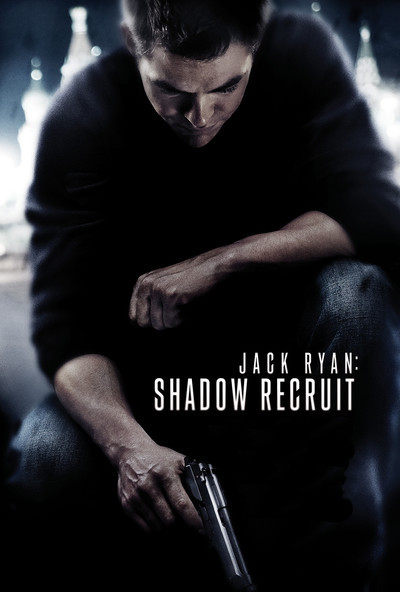