J.K. Simmons does not speak a word in “I’m Not Here,” but his performance is eloquent, anguished, and moving. Simmons plays Steve, with two other exceptionally gifted actors in the flashbacks. Sebastian Stan plays Steve of about age 20-30 and "Young Sheldon"'s Iain Armitage is a child called Stevie.

Present-day Steve wanders through a house that mirrors the collapse and decay of his spirit. Everything he sees brings back a memory and all of them are painful. The sad memories are wrenching but the happy memories are even more agonizing because they remind him of all he lost and why he lost everything that mattered to him.

“I’m Not Here” is what Steve’s tape-recorded voice says to callers. A robotic message on his answering machine reminds him that due to nonpayment his electricity will be turned off at midnight. His mother’s message includes the sad news that someone he once loved has died. Any sound, any reminder that he is still here is painful. The relentless ticking of his clock is so disturbing that he rips out the batteries, using them for something that helps blur the passage of time, a TV remote control. Steve is painfully thin and he wears nothing but a ratty bathrobe and a ring from a marriage that ended years ago.

Images of the past flicker as the present-day Steve wanders through the house, contemplates suicide, and thinks about the past. College-age Steve is first seen on stage, as he and a friend tipsily try to get extra credit with a physics-themed stand-up routine based very loosely on the famous thought experiment known as Schrödinger's Cat. Quantum theorist Erwin Schrödinger came up with the idea of a cat in a box to show the difference between what theoretical physicists believe about the universe at a microscopic level and what ordinary humans can observe. Is the cat in the box dead or alive? In the world of the experiment, the answer is both at once, sort of. In the world of the movie, the answer to that question is an ending that is a visceral depiction of the two most heartbreaking words in the English language: “If only ...”

Mirrors are important in this film, literally and metaphorically. Steve looks into the mirror, sometimes seeing what he has become, sometimes measuring what he sees against what he once saw, a handsome, hopeful man, a child who loved his parents and did not understand their divorce.

The metaphorical mirrors are the memories that are triggered by everything he sees and hears. Some are extended scenes, some just flickers from the past, with parallels and connections he may not have considered before. We see little Steve with a dad who loves spending time with his son but thinks it is okay to ask the boy to cook dinner and pour him “three fingers” of booze. And we see a boy who loves his dad unreservedly and who will not understand the import of this moment for a long while.

Like present-day Steve, looking back, we know that shoving a foil-wrapped TV dinner into the oven could be dangerous for a child. So could looking away, even for a moment, even when doing something right and important. Seeing Stevie hold his little fingers so carefully against the side of the highball glass to get the pour level just right, and then seeing him take a drink, spit it out, and then, thoughtfully, try it again, we, like the broken-down man in the broken down-house, mourning his broken-down life know that this is one of many “If only” Schrödinger-esque moments that will haunt him.

The screenplay by Tony Cummings and director Michelle Schumacher is too wise to let little Stevie’s dad (Max Greenfield) or Steve himself be one-dimensional alcoholics. There is a scene of a wife pouring booze down the sink, and there are the inevitable confrontations and recriminations. Steve’s dad loses his job. Steve loses his. Both marriages end in divorce. There is a striking scene in court when the judge takes young Steve into his chambers to ask him to literally weigh the decision about which parent will have custody. The judge asks him to place a jellybean on each side of the scale to show the answers to questions that reveal which parent would be the best choice. Tellingly, he picks one for the answer to “Which one would be most likely to forgive you?” but when the judge asks, “Which would you be most likely to forgive?” he carefully, deliberately, places a jellybean on each side of the scale.

Forgiving himself is different, though. Simmons is never less than magnificent but here, perhaps because the director and co-writer is his wife, he is even more fearless in showing us a man utterly destroyed by drink and regret. Could Steve in some parallel universe—or movie—become strong and find love? If only. 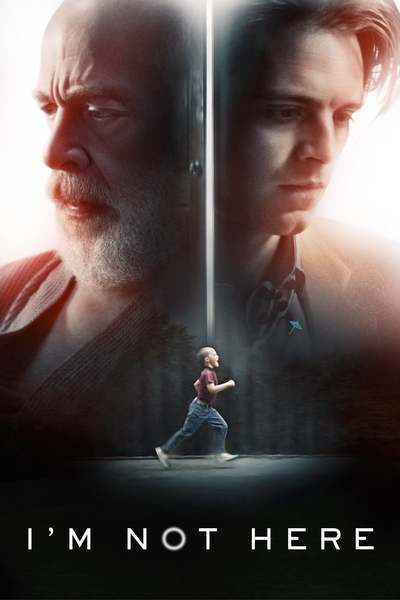