The title of Angela Schanelec's tenth feature calls to mind Yasujirō Ozu's 1932 film "I was Born But ..." (1932), but it's not just a tip of the hat to the Japanese master. The title, cutting off a sentence half-way through, speaks to how the film operates—the gaps in the narrative, gaps between scenes, timelines and characters, how moments trail off—as the ensuing silences reverberate somehow with what's not being said. Things don't fit together neatly (or at all). Even time is parsed out in strange ways: it's truncated or elongated or it stands still entirely. It's almost like the film itself blacks out periodically, and wakes up some time later, having no idea what happened in the intervening hours. "I Was at Home, But... " creates a space where questions are asked, but rarely answered, where things are suggested and never underlined, and every element—camera placement, music, blocking, sound design—is so deliberate that it pulls you into its vortex, and it makes you submit to its severe rhythms. "I Was at Home, But ..." is a very intriguing experience, one I am still thinking about.

There are, as far as I can tell, three separate "plots" in "I Was at Home, But ..."—although there may be four, if you include the Bresson-influenced prologue and epilogue sequences. The main plot involves Astrid (Schanelec regular Maren Eggert), a mother of two, struggling to keep her head above water. Her teenage son Philip (Jakob Lasalle) has just returned home, after disappearing into the woods for two weeks for some unrevealed reason. Key pieces of information (like: where is the father in all of this?) are withheld until later, so much so that you are aware of the absence long before it is even mentioned. The second plot is connected to the first only as it involves a teacher at Philip's school (played by Franz Rogowski, fresh off of "Transit" and "A Hidden Life"), having a difficult time letting go of a romantic relationship. The third "plot" is more of a recurring motif. Interspersed throughout the film, the children at Philip's school perform scenes from Hamlet (the translation was done by Schanelec and her late husband, Jürgen Gosch), wearing paper crowns, standing in frozen tableaux, reciting the words in a deadpan and yet strangely intense way.

How this might all be put together is not the concern of the film. The stories intersect, of course, but they work together allusively, rather than explicitly. In one quiet scene, Philip wades through a stream, carrying his little sister on his back. Is this a "call back" to the child reciting Gertrude's "There is a willow grows aslant a brook" monologue from Hamlet, when Gertrude describes seeing Ophelia drown herself? There's also the undeniable fact that the entire plot of Hamlet is set in motion because dad is dead: could this be connected to the "missing" father of "I Was at Home, But ..."? These are just a couple of the intellectual and contextual connections that floated through my head, and there are many more.

Schanelec is grouped together with the generation of current German filmmakers commonly referred to as the "Berlin School," filmmakers like Maren Ade, Christian Petzold, Christoph Hochhäusler, and Ulrich Köhler. Her work is perhaps less ingratiating than some of her contemporaries, because it requires much from you the viewer. She often works with non-professionals, another dovetail with Bresson's style. The way she uses inserts—closeups of hands, or feet, or objects—owe much to Bresson as well. She works with stillness, creating an almost dream-like space, where people stand like statues, almost like they're striking a pose. There's one scene in "I Was at Home, But ..." when Astrid's children try to comfort her in the kitchen, and she blows up at them, and it's choreographed like a piece of modern dance almost, with interpretive gestures, repetitive movement that becomes physical variations on a theme.

A standout scene, unfolding in a long continuous take, comes halfway through, when Astrid, attending classes at an art school, confronts a visiting director (Dane Komljen) about his film which he screened for the class. She takes him to task for using a real-life sick person alongside a hired actor. She thinks it's wrong, because acting is "lying," and to bring an actor's inherent "falsity" up next to the real suffering of a real person is indefensible. This is a wall of text, and both actors play the scene brilliantly. He remains open and kind, really listening to her concerns, and the more she speaks, the more visibly upset she becomes. Her concern with acting being "lying" is another Bressonian touch, made almost funny in a meta-way because Komljen is, himself, an actual director "in real life." And so are the two re-enacting her complaint in real time? What's it all mean?

Schanelec can be a challenging filmmaker, but these kinds of challenges are stimulating. By eliminating connectors and bridges in the narrative, the audience is free to ponder "what's it all mean?” Or not. As Schanelec advised an audience at a screening of her 2016 film "The Dreamed Path": “You don’t have to think. You can just watch.” The choice is up to you. 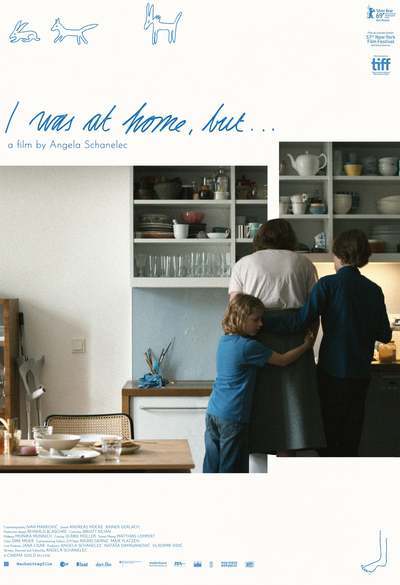