“This is not just a kit. This is a person.” That sentiment is rife throughout the powerful, informative documentary “I Am Evidence,” which addresses the horrific backlog of rape kits in different cities. The film, airing tonight on HBO, starts with an abandoned warehouse in Detroit, where the stories of 4,000+ survivors of rape have been abandoned for reasons that directly correlate to the value that a system has for the non-privileged. But that is just one city, and one neglected storage of boxes, that have been treated with the same lack of care, derived from an unquestionable legacy of racism, sexism and classism.

“I Am Evidence” paints a shocking, full picture about the thousands of kits around the country that have been forgotten in a backlog or destroyed, and the system that could let such a horrific thing happen. At the same time, the film offers examples of the justice that can come from recognizing these kits, and in the process honors the survivors and their stories. “I Am Evidence” will be undoubtedly eye-opening for any person.

In its righteous outrage, “I Am Evidence” pulls no punches, and is unafraid to call out the system (an attitude which often makes for cringing talking-head interviews from white men in positions of power) about the way sexual assault cases are handled. With the case of a black woman in Detroit like Ericka, she talks about giving up on her kit the day the police received it, the systemic injustice about her trauma equal to the thousands of other kits in an abandoned warehouse. Other women who are featured in the doc talk about waiting for years for their traumas to recognized by the police, only to find out that they are connected by the same rapist who very well could have been stopped by a rape kit.

A very clear picture is drawn, about the value of these women’s stories to a society normalizes this, or about how the handling of these kits is perpetual of rape culture itself. As the documentary focuses on so much more than the kits, it becomes about listening to and believing survivors, with various horrific ideas of police attitude held brought into light: the common inclination to find a way to blame a survivor for what had happened to them, or the way people think a traumatized person should act to be believed. That these survivors wanted to trust the police by saying something and getting the kit after experiencing such trauma is incredibly powerful, especially when the subsequent handling of their stories is so horrifying and demeaning.

Mariska Hargitay produced the documentary, and appears sporadically. Her presence, however, is not that of a TV star inserting themselves into a world, but another example of a storyteller who is compelled to do something. She talks briefly about how she received so many letters from people after she started work bringing fictional justice to sex offenders and others on “Law & Order: Special Victims Unit,” but she cedes her heroic presence to so many other women in this picture, like who share their trauma and put a human being to a kit, or those who are actively trying to change the way these kits are handled.

Directors Trish Adlesic & Geeta Gandbhir take a primarily informational approach to their documentary storytelling, causing the project to lose some aesthetic momentum with its space-filling B-roll or standard talking-head format. But the doc is truly informative. Best of all, it has an urgency throughout, especially as it expands to these different lives and cities, vividly showing this to be an American issue.

With such expansiveness, “I Am Evidence” is able to accentuate its power with access to moments that viewers might not otherwise see. It’s particularly invigorating to see these women share their own experiences, and to see investigators make an arrest. But these are rare resolutions, if they can even be called that, and the survivors' stories are tiny victories, uncharacteristic of the larger, infuriating injustice that has inspired this very project.

“I Am Evidence” functions as a microcosm for society at large (“Nobody gives a damn about women in this country” is said once, but echoes throughout), particularly when handling stories of sexual assault survivors. But as an emotional journey and piece of activism, “I Am Evidence” offers images of resilience, especially when compassion is met with action. 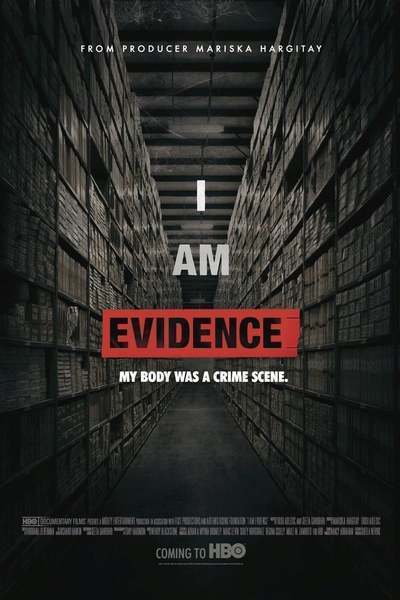