I Am Chris Farley

“He made my life better by being a friend of mine.” This line near the end of “I Am Chris Farley” captures, in many ways, why the loss of Chris Farley hurt so much, and continues to resonate: he felt like a friend. We had lost talented people before. We had lost drug addicts and alcoholics. We had lost too many comedians. But losing Farley felt like losing a friend. It was his relatablity as much as his talent that made him a superstar. He didn’t look like a celebrity. He looked like an average guy that you could have known from Madison, WI. The awkward, shy center of the infamous “The Chris Farley Show” sketch was something to which we could all relate. Who wouldn’t get nervous around Paul McCartney? Farley’s humor came from such a genuine desire to entertain. He was all of us shouting for our mom’s attention at a crowded family function or hoping that we would know the right thing to say at a social outing. And so losing him felt like losing a friend. At its best, “I Am Chris Farley,” opening in limited release this week before hitting the home market and airing on Spike TV next month, captures why Chris Farley mattered, even if it does sometimes gloss over a few of the reasons our friend is no longer with us.

“I Am Chris Farley” opens with Lorne Michaels calling its subject “infuriatingly talented.” Over an hour later, we’re still hearing someone say, “He had ‘it’.” This is not so much a documentary as a love letter. It is for fans, by fans in every way. Everything Farley did, from his childhood to his time at Second City to “Saturday Night Live” and “Tommy Boy” is captured as landmark sea changes in the world of comedy. Colleagues and fans including Adam Sandler, David Spade, Mike Myers, Dan Akyroyd, Bo Derek, Bob Saget, Christina Applegate and more participate in what feels like a memorial tribute more than anything else.

The first half-hour of “I Am Chris Farley” proves to be the most interesting, as it allows friends and family from Farley’s youth to remember what formed this talent. He was a middle child, always looking for mommy’s attention and competing with his brothers. He was religious, shy, and overly kind. From an early age, he struggled with weight and self-esteem issues, but he had natural ability on stage that really came out in college. Believe it or not, rugby changed Farley’s life, as playing the sport gave him the support of teammates and the center of attention at parties. Farley’s antics in college were legendary, but it was when he discovered improv comedy that everything changed.

Farley went to Chicago with his friends, and contacted the legendary Del Close for lessons in comedy. It wasn’t long before he ended up on the main stage of the comedy venue that has produced dozens of household names. As presented here, Farley’s time at Second City was a force of nature. As the great Bob Odenkirk (who’s so eloquent here one wishes he would do a whole doc about the art of comedy) says, everyone who worked at Second City would stop what they were doing when Farley would do Matt Foley, Motivational Speaker, a character he would turn into one of the most memorable in the history of “SNL.”

As presented, Farley didn’t audition for “SNL,” he was plucked from Second City by Michaels himself. As his star grew brighter on the show, Farley continued to suffer from crippling doubt. Even after the success of “Tommy Boy,” he worried about what people thought of him, and was crushed, relapsing, when “Black Sheep” didn’t work. It’s this darker side of Farley that the doc gives lip service but generally avoids. Every time a relapse is mentioned, it immediately moves to rehab. It’s a bit too soft in that regard, unwilling to address the real demons that haunted Farley, how they got there, and how public perception of the man played into them. Farley was a popular party animal in college who did extreme things. Did the satisfaction of being a class clown make him a more likely addict? And what about the fat jokes? The controversial Chippendales sketch is presented as breakthrough when I actually find it hard to watch now, especially knowing that Farley called a friend the night before concerned about being the “fat guy” again.

In the end, “I Am Chris Farley” offers some neat anecdotes—including the real-life origins of Matt Foley and autobiographical aspects of “Tommy Boy”—and reminds fans what they loved and what they missed. I kept thinking what Farley would have thought of it. He probably would have been embarrassed and a bit shy about the whole thing. But he would have loved the attention. He would have smiled and laughed. And sometimes that’s enough. 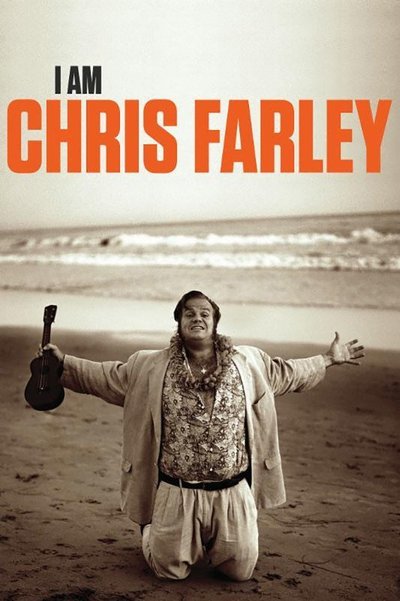 Chris Farley as Himself

David Spade as Himself

Pat Finn as Himself

Bo Derek as Herself

Dan Aykroyd as Himself

Bob Saget as Himself