How to Dance in Ohio

Alexandra Shiva’s “How to Dance in Ohio,” premiering Monday night on HBO after a successful festival run, is a tender, compassionate look at three young women living life on the autism spectrum. In many ways, it’s a stellar example of what Roger spoke about when he discussed film as an empathy machine, offering insight into lives we may not fully understand. It’s a bit shapeless in terms of filmmaking, but this is a “character documentary,” a study of people that you won’t soon forget, and it works on that level.

“How to Dance in Ohio” observes different sessions at Amigo Family Counseling, a center for children, teens and adults with autism. Dr. Emilio Amigo gently motivates his patients with challenges designed to show them that their limitations are not as defined as they may think they are. Amigo’s approach can be inspirational far beyond that of his patients, adopting a style that could be best summed up when he says, “They will believe they can succeed when they succeed.” He doesn’t coddle his patients, but instead sets up challenges that he knows they can surpass. Shiva’s whole film works off Amigo’s balance of empowerment and safety. People with autism often fear for their own security, and Amigo teaches them that they can be happy, highly functioning and not be afraid. We can all take something away from when he says, “Let’s give it up for butterflies! That means you’re alive!”

Shiva's film chronicles the three months leading up to an Amigo Family Counseling Formal Dance. Yes, his patients will have to get dressed up, interact, slow dance and even line dance. If you think about it, a formal dance is a series of social interactions, whether they’re dancing in a group with others, asking someone you like to cut a rug, or even just socializing around the punch bowl. As expected, most of Amigo’s patients are fearful, but they work towards the big day, wondering who to ask as their date and even going dress-shopping.

In particular, Shiva focuses on three women—a 16-year-old named Marideth, a 19-year-old named Caroline and a 22-year-old named Jessica. Labels like autistic often paint with a broad brush for people who hear them; one lesson to be learned by “Ohio” is the notable differences between these three young ladies. Marideth seems to just be coming out of her shell. Her parents note that they only get two minutes of conversation, but that’s two minutes more than they used to get. She’s unpredictable in her degree of confidence, telling Shiva that she likes to research and then shutting down when asked what she likes to research. Caroline has a boyfriend she met in Amigo’s class, and she’s going to other classes, but is nervous about taking the bus to get there. Jessica gets the most screen time, and she’s close to being completely independent, even working a bakery, although she sometimes struggles with co-workers.

How will I know what to say to someone when they talk to me? How will I know if someone is joking? What do I say when I’m nervous? Most people with autism can’t inherently and instinctually respond to social cues like you or me. And “How to Dance in Ohio” deftly captures that aspect of the condition. We see Marideth, Caroline and Jessica taking small steps forward, although the film is careful not to present their condition as something that needs a cure. It’s just a fact of their lives, something they use Dr. Amigo’s class to manage. The best elements of “How to Dance in Ohio” don’t feel like a disease-of-the-week documentary—on the contrary, they illuminate the commonality we’ve all faced at a difficult job or nerve-inducing formal dance. We’ve all felt those butterflies. And that means we’re alive. 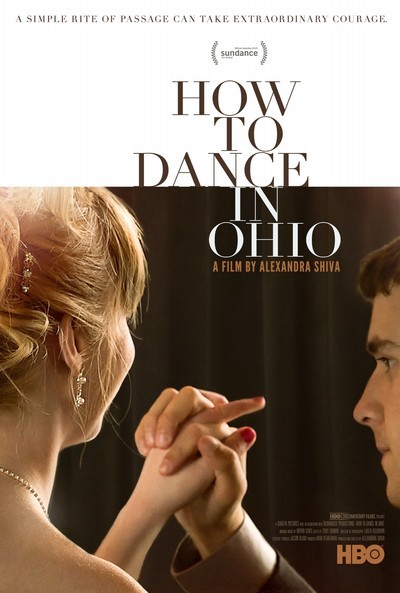