How I Live Now

The director Kevin MacDonald is something of a master of applying the "you are there" approach to scenarios and settings from which most people would very gladly be spared. Whether it's falling off of a mountainside (his 2003 documentary "Touching the Void") or trying to dodge getting oneself killed by ferocious, depraved Ugandan dictator Idi Amin (2006's "The Last King of Scotland," for which Forest Whitaker won a best actor Oscar in the Amin role), MacDonald is at his best putting the viewer exactly where no one in his or her right mind would want to be.

So the fact that his latest film, "How I Live Now," adapted from a novel by Meg Rosoff, is about a band of teens and children in the British countryside trying to stay alive after London gets hit by a nuclear explosion bodes well for the quality of the film. And indeed, for much of its running time the movie is grab-you-by-the-back-of-the-neck immediate; in its last third particularly, the bite-your-lip moments of suspense and tension mount to the extent that you may well draw blood.

The terrific young Irish actress Saoirse Ronan here plays Elizabeth, who insists on being called "Daisy," and whose problem-child status is established even before the opening credits begin: The nagging voices in her head are heard on the soundtrack even as the production company logos are unspooling. Now almost 20, Ronan has gotten tall, and her lovely face is long and lean; she can imbue her disturbed adolescent character with a formidable intensity merely by cocking her head and looking down. She does a lot more of course, and her character's petulance upon being exiled from New York to Britain to stay with cousins she barely knows has a particular quality that made me wonder whether she'd boned up on the role by studying the behavior some of her peers exhibit at press junkets.

In any event, Daisy is at first very reluctant indeed to join her young cousins in their little war games or forays to a gorgeous pond and waterfall near their rambling, cozy house. The lyricism of the Wordsworth-worthy setting is underscored by a nice selection of English folk-rock on the soundtrack; but soon an ominous electronic score by Jon Hopkins replaces the sounds of Fairport Convention and Nick Drake. The only adult in the house happens to be a diplomat; she flies off for an important conference, the kids are disturbed/exhilarated by a V-formation of fighter jets, and soon after that, the news comes that London's been nuked.

The premise of experiencing an apocalyptic disaster from a far remove was famously explored in Andrei Tarkovsky's 1987 "The Sacrifice," itself a masterpiece of dread (and redemption); "How I Live Now" takes an approach that finds its poetry via the meticulous depiction of terrifying conditions complementing the story of a young woman finding herself. (There are also hints, in its depiction of war from a young person's perspective, of Elem Klimov's remarkable masterpiece "Come And See.")

Some cynics may observe that the end of the world as we know it is one hell of a time to find yourself, and object to the movie on some kind of moral ground as a result. For myself, I found the way that the Daisy character softens, and acknowledges her love for oldest cousin Eddie (who's gentle and has know-how and has raised a hawk, even, but also isn't terribly cool-headed at times when it would count), right after the first horrific turn of events, to be kind of on the abrupt side.

But the movie finds a compelling groove once Daisy's new-found family loyalty is established, and a visit from an American diplomat offering Daisy a get-out-of-hell-free card prompts her decision to stay with her own, who also number the vulnerable and adorable (but not cloyingly so) little girl Piper (Harley Bird), who brings out Daisy's most vehement maternal instincts after the females are separated from the boys by an Orwellian martial-law apparatus. Daisy shows almost lunatic determination, after freeing herself and Piper, to get back "home;" and what she needs to do is not just negotiate a seemingly endless maze pitted with bad men with guns and rape intentions, but quell the aforementioned voices in her head.

It's strong stuff, and the actors are fully up to it. MacDonald depicts the horrors of war and dislocation with such commitment that you might find the determinedly YA affirmations that the movie moves toward to be something of a relief when they do arrive. 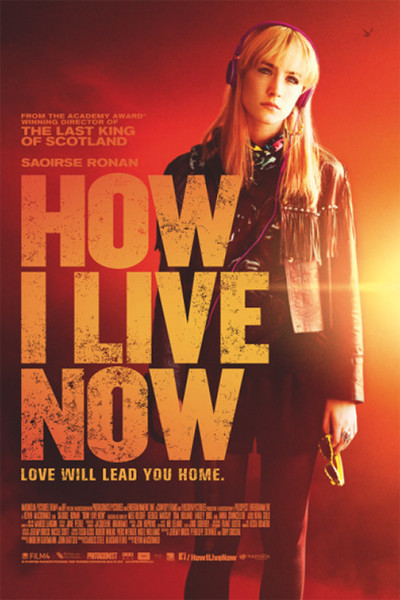