“Hostages” is a remarkably comprehensive study of the Iran Hostage Crisis of 1979-1981 that brings this chapter of world history to life with revealing interviews from people involved on all sides of the issue, including hostages themselves and hostage takers. It’s no exaggeration to say that what happened in Iran in the late ’70s and early ‘80s—and how the United States, particularly Jimmy Carter and his opponent Ronald Reagan—responded to it would shape world politics for generations to come. And there hasn’t been a project as comprehensive about it before HBO’s new mini-series, premiering over four episodes on two nights, September 28th and 29th. If there’s a viable complaint, it’s that four hours isn’t quite enough to really dig into the cultural, human rights, and political issues that seemed to form a perfect storm when Iranian college students took over the U.S. Embassy in Tehran on November 4th, 1979, holding 52 U.S. diplomats and employees hostage as they demanded the return of the Shah of Iran to the country. At one point, someone calls it “The first American foreign policy crisis that was fully televised,” and the impact of that is still being felt today.

The first episode of “Hostages,” which counts among its directors the great Sam Pollard (“Mr. Soul!”), arguably moves too quickly through the historical events that led up that fateful day in 1979. The truth is that years of covert operations and political gamesmanship between the U.S. and Iran led to what happened at the end of the Carter administration in Tehran. It was an intertwined dynamic between world powers that was forever shattered when the U.S.-backed Shah was overthrown and given sanctuary in the U.S., where he was to receive cancer treatment. Ayatollah Khomeini became such a powerful voice in Iran that his supporters took action against the U.S. Embassy to demand the Shah's return. It would forever shape not just Iran/U.S. relations but how future politicians would deal with hostage crises and how world leaders viewed both countries. And it likely cost Carter the 1980 election, which would change everything around the world by making Reagan the face of American politics.

All of the big picture stuff is very interesting, and very well-assembled here, but the most moving and striking material comes from the people who were in that embassy for over a year, on both sides of the gun. “Hostages” gets heartfelt stories from captives who thought they were going to die and hostage takers who explain their intentions and beliefs at the time. The producers also wisely pepper in experts on all sides, including Iranian officials and even Carter campaign workers who explain how the crisis impacted the Presidential election.

Ultimately, “Hostages” makes clear how much Carter underestimated the “televised” aspect of that early quote. He didn’t want the hostages to impact his campaign, realizing that it was the Ayatollah’s way to punish the administration, but he couldn’t avoid it. “If this little bastard Carter can’t handle the Ayatollah, I’ll take my chance with the cowboy,” says one strategist, quoting what he was hearing from voters in 1980. A hostage even speaks of seeing a magazine cover in the Embassy announcing Reagan’s win and presuming it was Russian propaganda. That’s how much life changed in the 444 days that these people were in captivity, wondering if each day would be their last. Since then, world leaders have felt more keenly aware of how perception can ripple around the world, spending more and more time and money to control the optics that Carter didn’t see coming as much as Reagan and Khomeini clearly did.

“Hostages” also works as a thriller of sorts as the people held captive speak of their treatment, which has never really been documented in this detail. The disastrous Operation Eagle Claw—wherein the U.S. sent helicopters to rescue the hostages in April 1980 and led to the death of one Iranian civilian and eight American servicemen—and the Iran-Iraq War in September 1980 were major world events, but the hostages didn’t know about any of it. They tried to get from day to day, always unsure of what was happening outside of the embassy. “Hostages” casts a very wide net, trying to tell arguably too many stories at once, but the human one of Iranians trying to stand up against years of foreign interference and Americans trying to survive is what people will remember. 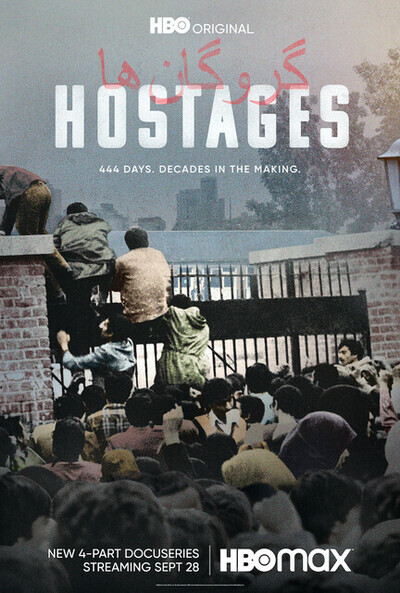