There is no more divisive modern political figure than Hillary Clinton. She invokes more passionate defense and unbridled vitriol than arguably anyone – yes, even him, as a lot of his defenders often couch their praise in caveats – and so it makes sense that a bio-doc of her life would be too big for a movie theater. Nanette Burstein, the great filmmaker behind “On the Ropes” and “The Kid Stays in the Picture,” gives Clinton four hours in her excellent new docu-series that premiered at the Sundance Film Festival and lands on Hulu in March. “Hillary” is a razor-sharp piece of filmmaking, a movie that doesn’t just hit the chronological beats of Clinton’s life but places them in context of how they impacted the campaign and election of 2016. Her approach brilliantly draws lines from Clinton’s youth and the subsequent major events of her political career to the campaigns against Bernie Sanders and Donald Trump. People who long ago made up their mind about Hillary Clinton – which is pretty much everyone in the world – will likely bring that baggage to their predetermined opinion of Burstein’s project, but this is incredible documentary filmmaking no matter your party affiliation, a must-see TV event.

Burstein’s approach seems simple at first. A very long, revealing interview with Clinton herself is used to comment on both the 2016 campaign from primaries to Election Day and her biography. And so “Hillary” cuts from campaign meetings in the most recent chapter of her political career – we see a lot of interesting debate prep and reaction opposite both Sanders and Trump – with jumps back to her childhood, life in college & law school, meeting Bill Clinton, and all the subsequent scandals with her husband and beyond. Hillary is more revealing about a lot of these events than she’s ever been before, but don’t go into “Hillary” expecting some salacious, tell-all event. She’s long been one of the most publicly analyzed people alive, and so “Hillary” is short on revelations, but that makes how deftly Burstein turns all of these major events into a complete picture all the more remarkable. We know the major life events that “Hillary” has to hit from her attempts at reforming health care to the controversies of Bill’s Presidency to those damn emails, and HRC is willing to talk about it all, but it’s how Burstein places them in biographical context that’s so impressive. Great biographies in any form don’t just list off major events, they tie a life together in a way that feels like a complete picture. Burstein does that with one of the most well-known lives in American history here. We may know all the stories in "Hillary," but they've never been tied together in way like this before, revealing the life of a strong, smart woman who was often a victim of things entirely out of her control.

Burstein’s skill as a filmmaker extends to the trust that HRC places in her here, resulting in the most open and engaging interview of her career. She comes alive when talking about her youth, and people who knew her in college and law school speak about a young woman who impressed people pretty much every time she had the platform to do so. Clinton herself is open throughout “Hillary,” willing to discuss her weaknesses as a candidate and politician as well as her strengths. There have already been a dozen or so dissections of the Presidential campaign of 2016, but this one allows more access to the decision makers of Clinton’s side than we’ve ever seen before, and the footage reveals a team that was way more worried about losing to both Sanders and Trump than the public narrative may have you believe. As a political document, “Hillary” is amazing, showing us how HRC’s team responded to the email controversy – and the mistakes made there – as well as the wave of October surprises.

Clinton isn’t the only engaging interview subject in the series that takes her name as Burstein also draws great stuff from Bill Clinton, Barack Obama, Paul Begala, Bill Frist, and many more. Taken as a whole, “Hillary” feels comprehensive but never impersonal – a tough balancing act to maintain. Those who have hated Clinton for years will complain that there’s not enough material about whatever made them despise her, but they’re probably not going to devote four hours of their life to watching this anyway. “Hillary” isn’t really designed to win over the detractors of Hillary Clinton as much as offer her fans and the maybe a dozen or so people in the world with no opinion about her a complete look at an important political figure in U.S. history. Love her or hate her, one thing we can agree on is that she’s essential to telling the story of world politics in the last half-century. And “Hillary” is the most accomplished version of her story so far.

This review was filed from the 2020 Sundance Film Festival. 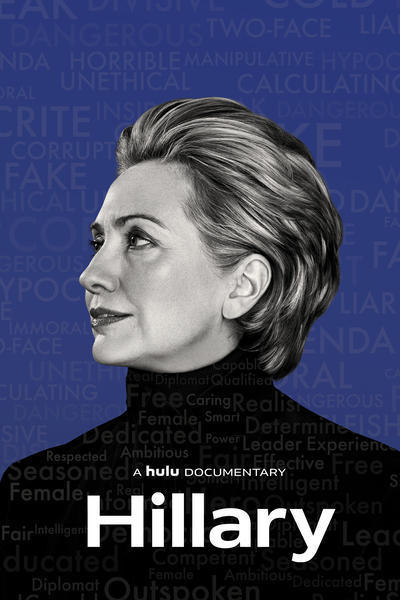