Ken Burns and Lynn Novick have done it again. The documentarians who have occupied the top tier of filmmaking about American history with projects like “Baseball,” “The Vietnam War,” and “The Civil War” return to PBS tonight with a three-part series on the life and legacy of one of the most important authors of the twentieth century, Ernest Hemingway. Following the style of their other productions, they blend expert interviews, archival photographs, and, especially in this case, the writing of the man who gives this series its name. Over six hours, Burns, Novick, and regular writer Geoffrey C. Ward (a winner of five Emmys for Burns projects) don’t just offer a chronological biography of Hemingway, they dig into his strengths and weaknesses as a writer and human being. They are unafraid of tackling his abusive side and claims of misogyny and racism, resulting in as three-dimensional a portrait of a twentieth century icon as I’ve seen in a very long time.

The key to the success of “Hemingway” is that its creators and talking heads don’t merely bow at the altar of some of his truly breathtaking writing, they bring on the experts to explain how Hemingway rewrote the literary rulebook, always keeping a deft balance between analyzing his work and capturing how that work emerged from his personal life and interests. And they’ve assembled an incredible roster of voice talent too, including Meryl Streep and Jeff Daniels, who voice the writing and letters of Hemingway in a way that breathes new life into them. I could listen to Daniels read Hemingway’s short stories for hours. Instead, this documentary just led me to buy a collection of them because I realized there were a few masterpieces I had never read or forgotten. Yes, it’s the rare TV project that actually makes one want to buy a book.

“Hemingway” is divided into three chapters, which will air over three consecutive nights on PBS, which are titled “A Writer,” “The Avatar,” and “The Blank Page.” The first chapter offers the most detail I personally didn’t know about Hemingway’s childhood, teen years, and early stabs at writing, revealing how much he was pushing against norms of form and content even at a very young age. Hemingway is often accused of elevating misogyny through his hyper-masculine hunter/gatherer characters, but it’s clear that he was just as often deconstructing these myths as he was celebrating them, particularly in short stories he wrote at a young age. Alternating old photographs of his childhood with strict, religious parents with his writing, one really grasps how one influenced the other without the kind of direct line drawing done by cheaper documentarians. That’s one of the true strokes of genius of Burns and Novick—they don’t make “explainer” docs, movies or series that search for answers, as much as present a compete picture and allow the viewer to come up with their own conclusions.

One of many smart decisions in this production is to really center Hemingway’s writing. Scribbled notebooks of his work fill the screen while Daniels and others read his published work and private letters. This is a documentary about someone who truly valued the power of the written word—he saw writing as a noble, challenging profession—and the series about him respects his commitment to his craft in how it frames it. However, Burns and Novick aren’t afraid to confront some of the dark sides of a man who had four wives and often mistreated the people who helped him along the way, either directly or through his fiction.

Hemingway inspired thousands of people through both the power of his fiction—John McCain offers some fascinating interviews on how For Whom the Bell Tolls influenced him, for example—and the draw of his public persona. He was a celebrity author, someone who incorporated his personal interests into his work with breathtaking results. He didn’t just live his life; he deconstructed what he felt and experienced into his fiction and non-fiction masterpieces. When he thought he could do it no more, he ended his own life, unable to imagine an existence in which he couldn’t write about the world like he used to.

“Hemingway” is undeniably comprehensive, but all that really takes is intense research. It’s not just the details unearthed here that make this a must-watch—it’s how everyone involved comes together to illuminate more than could be gained from a traditional biographical series. Hemingway himself often took simple sentence and storytelling structures and imbued them with an honesty and insight that his colleagues (and later imitators) couldn’t muster. He would have liked this series too. 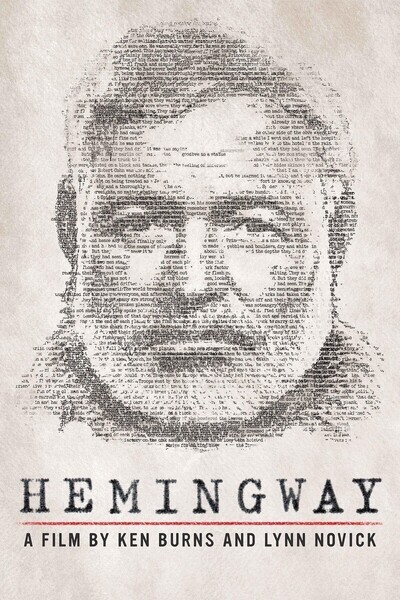