Like bad houseguests, the creators of "Hell Baby" overstay their welcome. This is partly intentional: much of the comedy in "Hell Baby," a scattershot but fitfully gut-busting horror-comedy, knowingly uses repetition and dead air. But it soon becomes apparent that the filmmakers, many of whom worked together on "The State" and "Reno 911!", aren't committed to their film's main conceit.

"Hell-Baby" riffs on the newly-revived demonic possession genre. But co-writer/director team Robert Ben Garant and Thomas Lennon aren't really interested in parodying formula-calcified clichés, so their jokes miss as often as they hit. One in every five scenes is uproarious, but the rest of "Hell Baby" is flabby footage of naturally talented people riffing on so-so material. These guys make the "Scary Movie" creators look disciplined.

At first, "Hell Baby" seems to have something to say about class and/or race as it's used in horror films. An opening montage of half-rebuilt, half-devastated homes situates the movie in post-Katrina New Orleans. Expectant couple Jack and Vanessa (Rob Corddry and Leslie Bibb) joke about the fact that they live in an area so poor that "white people don't know it exists." That observation is confirmed by an unamused black couple sitting on the porch adjacent to theirs.

Jack and Vanessa have just moved into a dilapidated "lower-lower" Garden District home, and it is, of course, haunted. F'resnel (Keegan Michael Key), a hilariously nosy neighbor, tells the soon-to-be-parents that they shouldn't worry: no murders have happened in the last few months ("It's not like anybody got murdered up in here yesterday."). But F'resnel is only half-right, and Jack and Vanessa's unborn child soon attracts demonic attention.

Unfortunately, not much is made of this promising introduction. Garant and Lennon tease viewers with conceptual gags that don't pan out in the long run. By running their best jokes into the ground, they under-serve some very funny performers. Key steals most of the scenes he's in, and at first his sendup of token, pseudo-folksy black characters is hilarious. In one scene, F'resnel starts to explain why he lives in Jack and Vanessa's crawlspace using a "Hamlet" quote. He trails off, and walks away. F'resnel quotes Shakespeare again later in "Hell Baby," but by that time, the joke's run its course. He pops up at inappropriate times, says something bizarre, and then mysteriously turns up 15 minutes later, a running gag that soon becomes tiresome.

Another gag—Garant and Lennon's thickly accented exorcists slowly making their way to New Orleans—exhausts itself as well. Yes, the joke is that they're very slow. But watching Garant and Lennon spread themselves this thin is exhausting. For example, after orgiastically burping, farting, and moaning their way through a meal of po' boys, hot-sauce-drenched potato chips and microbrewed beer, Garant and Lennon's characters recall why they became priests. This scene would be a lot funnier without flashbacks, but Garant and Lennon need the flashbacks so they can finish the scene with a sub-Mel Brooks punchline.

The cast excels at slapstick humor. The jokes necessarily rely on good cheap thrills and a sense of timing. You'll get a big kick out of seeing "Franklin & Bash" star Kumail Nanjiani, playing a sky-high cable repairman, slowly crash his van into two garbage cans. But then the movie's plot resumes, along with your desire to get away from the smart-alecks who don't know how much is enough. 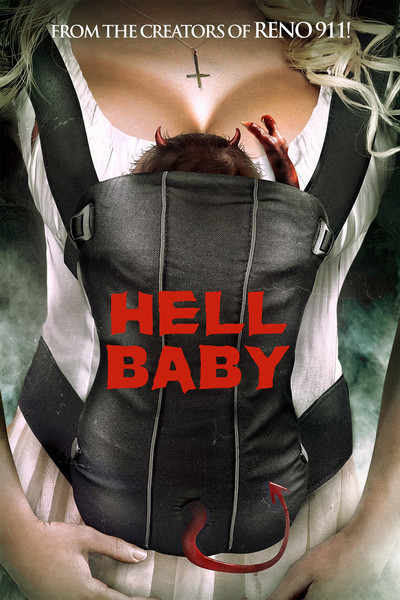