"Pete and Dolly's” restaurant is the kind of place where the regulars step behind the counter to help themselves to another cup of coffee, and in that gesture you sense it is their home. It is certainly home for Dolly, for her fat son Victor, and for Delores, who has been a waitress there for 15 years. It's home in the sense that their lives have been invested there, and they have nothing better to turn to.

You've been in places like this. You linger over a second cup of coffee and people-watch, trying to guess the secrets of the sad-eyed waitress and the drunk at the bar and the pizza cook who looks like he's serving a sentence. You don't guess the true horror of the place, which is that there are no secrets, because everyone here knows all about everyone else, inside and out, top to bottom, and has for years.

Dolly (Shelley Winters) sits in an easy chair in the kitchen, complaining about her health and citing the vague sayings of her dead husband, Pete. Delores (Deborah Harry) had an affair with Pete years ago, but Pete and the affair were both so meaningless that even Dolly can hardly stir herself to resentment. Leo (Joe Grifasi), who plants himself at the bar every night, is a nice-looking middle-age guy who circles his drink protectively with his forearms while his eyes follow Delores and he uneasily balances the hazards of a relationship against the certainty of another drink. Delores pours Leo's drinks and ponders the fact that there are exactly two men in the whole world she seems likely ever to have sex with: Leo, and Victor, the mama's boy. And Victor makes pizza and says nothing and his eyes dart back and forth like those of a wounded animal looking to make a break.

This situation has continued for years when Dolly, who knows exactly what she's doing, introduces a new element. She hires another waitress, Callie (Liv Tyler), a tall, coltish college girl whose sexuality wakens all of the sleepers. Victor dreams of romance with her. Leo entertains possibilities. Delores considers her Dolly's “revenge” for the long-ago affair with Pete. Callie is more or less oblivious to their furiously humming thoughts; she has her hands full learning to wait tables.

James Mangold's “Heavy” is basically about Victor. Pruitt Taylor Vince plays him almost without words and usually without expression: He has been slapped down emotionally so many times that like a whipped cur he slinks into his corner of the kitchen and makes pizza, his little eyes peering through the food shelf at Callie as she waits on customers. Delores sees this and makes her move, in a scene where sheer mechanical sexual need (not romance, love or lust) is expressed as bluntly and sadly as in any movie I can remember. These people are so lonely. There is the night Leo gets too drunk to go home. Dolly and Victor bring him to their place, where he shares Victor's bedroom and the thin consolations of pornography. There is the way Victor prepares his mother's breakfast every morning, under the steady hail of her running commentary. The way that a vast change in his life hardly budges his routine. The way a mislaid photograph becomes the emblem of an entire other life that Victor will never live.

Odd, how the heart finds hope. When we are weighing the possibility of love with someone, we do not compare their reality with our reality. We compare their reality with our need, so there is always a perfect fit. Is Victor foolish to dream of Callie? Yes, but in the long run Callie will be lonely, too. In 15 years, she may be just like Delores. And Delores will still be like Delores. And Leo will still be drinking, and plotting his next move. We pay for our coffee, and leave. We're not like that. 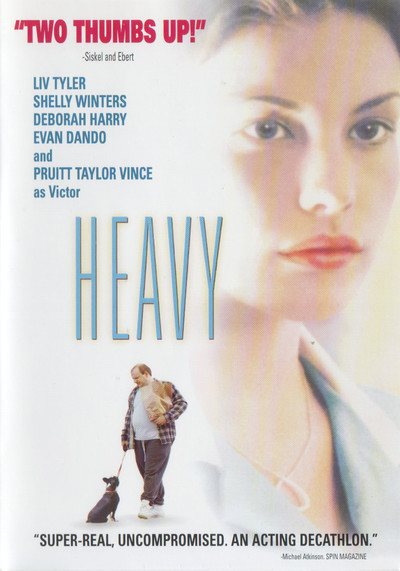