Bland and bordering on nonsensical, "Haunt" trots out all the standard haunted-house tropes without breathing any new life into them.

Wispy, hissing shadows and stringy-haired specters. Creaking doors and creepy dolls. Jumpy, sepia-toned flashbacks and screechy jolt scares—all these elements can be effective if executed with some smarts and style. "Haunt" feels more like a grocery list.

It's a shame, too, because first-time director Mac Carter shows some real promise in the film's artful beginning. Carter sets the stage impressionistically as he establishes the horror that befell the previous family that lived in the old, rambling house in the woods that's the center of the film's mysteries and frights.

With tears streaming down his face and a glass of whiskey by his side, a middle-aged man opens up an old-fashioned box: a makeshift, crank-operated contraption with bulbs and dials that allows people to speak with the dead. He wants to know what happened to his kids, a boy and two girls who died violently, one by one. But he ends up joining them when a demon sneaks up behind him and quickly seizes him, too.

Jacki Weaver, as the Morello family matriarch and the only one to get out of there alive, provides the back story in a lengthy, raspy voiceover: "After it started to happen, business dropped off," she says of her former career as a doctor. "After all, what good's a pediatrician who can't keep her own babies alive?"

But what do you know? Years later, another family moves into the house—the Ashers—which just happens to consist of a father, a mother, a boy and two girls. They're aware that horrible things happened to the previous residents but they're not worried, ostensibly because they've never seen a horror movie before.

Even the presence of Weaver's crazy-eyed character skulking around on moving day, searching for forgotten belongings, doesn't give them pause. She eerily informs 18-year-old Evan Asher (Harrison Gilbertson) that the attic bedroom he's just claimed used to belong to her own 18-year-old son, Matthew. Evan reacts expressionlessly, as is his wont. In fact, no one here gets the benefit of characterization, so as things devolve from mildly frightening to legitimately threatening, it is impossible to care about who lives or dies. Even the obligatory youngest daughter, who spaces out from time to time and suggests that they make friends with the ghosts, doesn't register as an unsettling figure.

The true catalyst for the action here is Sam (Liana Liberato), a cute but troubled neighbor girl who knows the history of the home and even knows the nooks and crannies where noteworthy items are hidden. (Her connection to the house is pretty clear, pretty quickly.) The daughter of an alcoholic and abusive single dad, Sam seeks shelter with the Ashers—specifically, with Evan, in his bed. Soon they dig up the rickety, wooden box, and they're summoning spirits, and the spiral of cliché calamity begins anew.

But what's weird about "Haunt" is that while it's all overly familiar, it also makes zero sense. (Andrew Barrer wrote the script.) The interior logic as to who can do what to whom, and what the consequences are for certain actions and supernatural connections, feels flimsy and capricious. Meanwhile, the fundamental thing we can see and understand—the blossoming relationship between Evan and Sam—is so perfunctory and chemistry-free, we have no emotional investment in whether either of them survives, much less both of them to keep their love alive.

Weaver, the veteran Australian character actress and two-time Academy Award nominee, has shown she can be disturbing ("Animal Kingdom"), playful ("Silver Linings Playbook") and a combination of both ("Parkland"). "Haunt" gives her very little opportunity to show much of that range. She's the only remotely intriguing figure in the whole film—and she's stuck on the sidelines for the vast majority of the time. It's a scary waste of talent. 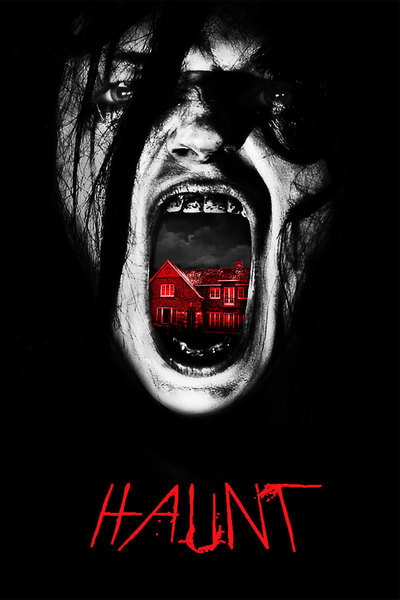