It's a little sad to witness a fall from greatness, and that's what we get in “Halloween II.” John Carpenter's original 1978 “Halloween” was one of the most effective horror films ever made, a scarifying fable of a mad-dog killer's progress through a small Illinois town on Halloween. That movie inspired countless imitations, each one worse than the last, until the sight of a woman's throat being slashed became ten times more common in the movies than the sight of a kiss.

Mad Slasher Movies, they were called, and they became a genre of their own, even inspiring a book of pseudoscholarship, Splatter Movies, by John McCarty. His definition of a Splatter Film is concise and disheartening, and bears quoting: "[They] aim not to scare their audiences, necessarily, nor to drive them to the edge of their seats in suspense, but to mortify them with scenes of explicit gore. In splatter movies, mutilation is indeed the message, many times the only one."

“Halloween II” fits this description precisely. It is not a horror film but a geek show. It is technically a sequel, but it doesn't even attempt to do justice to the original. Instead, it tries to outdo all the other violent “Halloween” rip-offs of the last several years. The movie does not have the artistry or the imagination of the original, but it does have new technology: For those like McCarty who keep records of such things, this movie has the first close-up I can remember of a hypodermic needle being inserted into an eyeball. We see that twice. It mortifies the viewer nicely, just as scenes in Splatter Movies are supposed to do. There are a few other moments of passable originality, as when the killer disfigures the face of a beautiful woman by plunging her repeatedly into the scalding water of a whirlpool bath. But for the most part, “Halloween II” is a retread of “Halloween” without that movie's craft, exquisite timing, and thorough understanding of horror.

The movie begins just where the last one left off, with some of the same footage, indeed. The mysterious, invincible killer (who escaped from an institution earlier that Halloween day) has just tried to kill Jamie Lee Curtis. But Donald Pleasence, a psychiatrist who has decided the killer is literally inhuman, fires six bullets at close range. The killer is down, but not out. As the first movie ended, his body had disappeared. As this one opens, he's on the prowl again, still shuffling after screaming women at the same maddening slow pace.

The plot of “Halloween II” absolutely depends, of course, on our old friend the Idiot Plot which requires that everyone in the movie behave at all times like an idiot. That's necessary because if anyone were to use common sense, the problem would be solved and the movie would be over. So Jamie Lee Curtis and other young women consistently run into traps where the killer can corner them. In the first film, Jamie Lee locked herself in an upstairs closet. This time, it's a basement boiler room. The movie's other idiotic masterstroke comes when Curtis and a young kid are hiding in a car parked outside, and the kid slumps forward and honks the horn, revealing his hiding place. Inspired. The killer keeps coming. He's relentless. So is the movie. It uses the standard horror formula: Cause a false alarm, get a laugh, and then spring violence on the audience. You know how it works. The heroine opens a creaking door into a dark room and peers inside. A hand claps her on the shoulder. The audience screams. But whaddya know, it's only the friendly teenage intern. Laughter. Then the killer strikes.

This can get monotonous. But since most of this movie takes place in a hospital, the killer has lots of props to work with. I've already mentioned the whirlpool bath and the needles. Another particularly nasty gimmick is the intravenous tube. The killer uses it to drain the blood from one of his victims. That's gruesome, but give the filmmakers credit. They use that gimmick to deliver the one scene I've been impatiently expecting for years and years in gore films: Finally, one of the characters kills himself by slipping on the wet blood and hitting his head on the floor. Sooner or later, it had to happen. 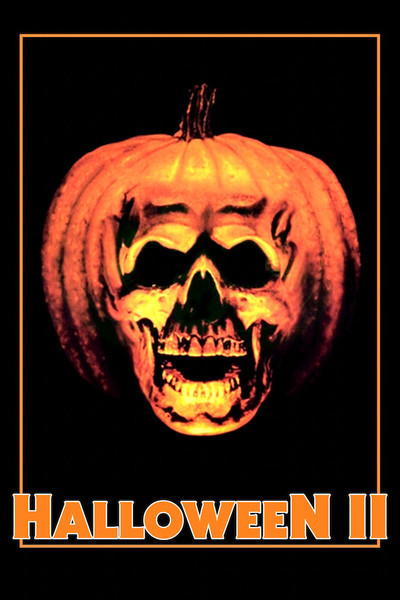