Those going into the new Gerard Butler disaster movie epic “Greenland” expecting a cartoonish romp along the lines of his previous foray into the genre, the mind-bogglingly idiotic “Geostorm,” are likely to come away from it surprised. And in some cases, a bit annoyed. Instead of the over-the-top spectacle you might rightfully expect from such a project, the film, at least for a good portion of the time, employs an approach that is slightly more grounded than other films of its type. The result is still pretty dopey in spots, but even if it's not worth watching when all is said and done, it's at least a little better than one might assume it to be.

Butler stars as John Garrity, a Scottish-born structural engineer who is currently estranged from his wife, Alison (Morena Baccarin) as the result of some recent unknown transgression. However, their domestic situation soon takes a back seat to the imminent arrival of a massive and heretofore unknown comet, nicknamed Clark, that has recently appeared out of nowhere and is coming very close to Earth. Unfortunately, the comet’s tail contains huge chunks of debris that are heading straight for us and when the first one obliterates Tampa and creates a shock wave that knocks John off his feet in Atlanta, it becomes clear that things are about to get very bad. The good news is that John, along with Alison and their young, diabetic son Nathan (Roger Dale Floyd), have been selected as part of a top secret government evacuation program because of his professional skills.

The bad news, alas, is that by the time they finally make it to the military base they're scheduled to leave from, a series of events cause John to once again be separated from his family. None of them end up making it on any of the planes. Assuming that Alison and Nathan may now be headed to the Kentucky ranch owned by her father (Scott Glenn), John also starts heading that way, encountering a number of harrowing scenes. The same goes for Alison and Nathan, who at one point are given a ride by a seemingly helpful couple (David Denman and Hope Davis), and that goes very badly very quickly. Eventually, the three are once again reunited—if you consider that to be a Spoiler!, you have clearly never seen a disaster movie before—and the final reels find them making a last-ditch effort to cross the Canadian border to an airstrip where, the rumor goes, a few planes are flying survivors out to an evacuation center in Greenland.

I liked the relatively restrained approach taken by screenwriter Chris Sparling and director Ric Roman Waugh, both in regards to the on-screen carnage (though this might have been due to the film’s comparatively low budget) and to Butler’s character—instead of the superhero type he usually portrays, his character here is a perfectly ordinary guy whose only major skills appear to be driving, grunting, and when necessary, fighting off vicious goons with a claw hammer. There are also a number of scenes that pack an unexpected punch, such as Scott Glenn’s brief turn as Alison’s taciturn dad, and a genuinely tense sequence involving the seemingly helpful couple who represent the depths that some people will sink in the name of self-preservation.

While I appreciated how “Greenland” decided to take a more humane approach than one usually finds in a disaster movie, the problem is that on the occasions when it does drift into the clunkiness that's more commonly associated with the genre—stilted dialogue, characters who are allowed perhaps one individual trait at most, plotting that requires an absurd amount of coincidence—the effect is actually more jarring than it might have been if the entire thing had been aimed at a meathead level. This is especially apparent during the big climax, when the special effects finally take over in ways that are not nearly as spectacular as the filmmaker clearly hoped them to be. As for the massive ball of gas on display that isn’t a comet, Butler is perhaps a little more likable that he has been in most of his he-man roles, but he still never quite convinces either as gallant hero or as an ordinary man just trying to survive—he still displays a degree of hamminess that doesn’t match with the more naturalistic actors surrounding him.

Forced to pick between the major apocalyptic disaster movies arriving at the tail end of a year that was itself an apocalyptic disaster, I suppose I might opt for “Greenland,” despite its occasional lapses into pulp silliness. However, in the grand annals of low-fi takes on how people might react to the prospect of imminent annihilation from above, it doesn’t quite hold a candle to the likes of Lars von Trier’s majestic “Melancholia,” or the wildly underrated and surprisingly poignant comedy “Seeking a Friend for the End of the World.” Ultimately, “Greenland” never comes together into a truly satisfying package, but it deserves a little credit for trying to do something unique within such a familiar framework. 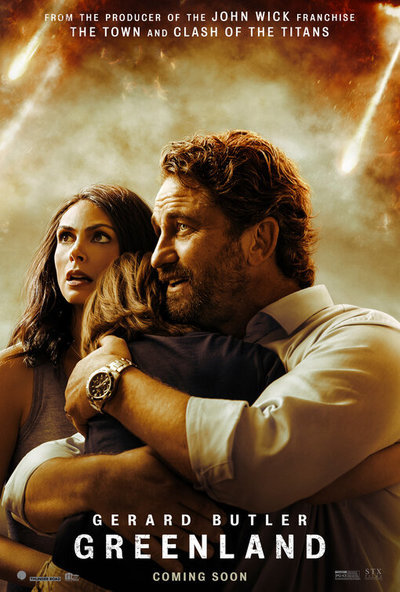 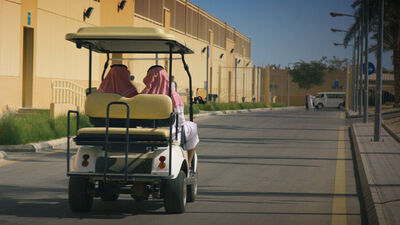