In David Lean's celebrated 1946 adaptation of "Great Expectations", the escaped convict Abel Magwitch, whose terrifying encounter with the farm boy Pip opens the story, was sweaty and grimy, with a prisoner's butch cut. The Magwitch in Mike Newell's 2012 version is a clump of hair, filth and grease with Ralph Fiennes' blue eyes peeking out. That's the general Muppet-style approach to character in this edition, in which Helena Bonham Carter enacts disturbed heiress Miss Havisham broadly enough to confuse her with the saucy hostess she played in "Les Miserables", or any of her Tim Burton vamps. Peering with "Look at me, I'm crazy!" pop-eyes from under layers of dusty veil, she's about as wrong for this role as James Franco's recent attempt at middle-aged Hugh Hefner in "Lovelace".

Newell was wise to cast Jeremy Irvine as the young adult Pip and Jason Flemyng as his doting uncle Joe. Their friendship, strained after Pip leaves Joe's side as his blacksmith apprentice to accept the anonymously bestowed gift of a fortune, plays achingly real. It's a lot more interesting than Pip's lifelong pursuit of bitchy, beautiful Estella (breathsnatching Holliday Grainger).

Still, "Dickensian" isn't just in the details but in the expansive social vision, a Victorian stew of cruelty, sentimentality and moral reckoning. Newell's production designer, Jim Clay, and cinematographer, John Mathieson, both veterans of epic films, cover the "expansive" part by cramming extravagant sets and convincing costumes into a wide Technovision frame. (Yes, they still shoot movies on film sometimes.)

"Great Expectations" runs about 400 to 600 pages, depending on the edition. This film's running time is 128 minutes, which means, applying the screenplay formula of one page per minute, that screenwriter David Nicholls checked into a nervous hospital after adapting this thing. Maybe editor Tariq Anwar joined him: Scenes cruise by at an even clip, like someone rushing to work, almost late but not wanting to break an embarrassing sweat. The filmmakers make a little extra time for the big plot twists and emotional confrontations, but these generally feel less organic than the shorthand montages that glide us through less important events, which actually convey the feeling of a tight transitional paragraph.

As the pages turn faster, focusing on the hows and whys of a major crime central to the plot, this concision and velocity make the film feel like a modern thriller. Booo. In that contemporary (which is to say shockingly primitive) spirit, Richard Hartley's musical score tells us just when to worry or cry. The presence of always-fun character actors like Robbie Coltrane and Ewen Bremmer, as the cynical/compassionate lawyer-bill collector duo Jaggers and Wemmick, made me wish for a lavish sendup by the "Hot Fuzz"/"The World's End" guys.

The model for screen adaptations of literary classics (in a time where we have a massive stockpile of them ) is Andrea Arnold's "Wuthering Heights." Arnold translated the imagery, ideas and emotions of the Emily Brontë novel in radically cinematic terms. It was less important for Arnold to touch all the important narrative bases than to make us live Heathcliff's turmoil and passion. The Newell "Great Expectations" is just a good-looking Classics Illustrated rundown, something to help high schoolers labor through a Dickens English assignment a little faster. 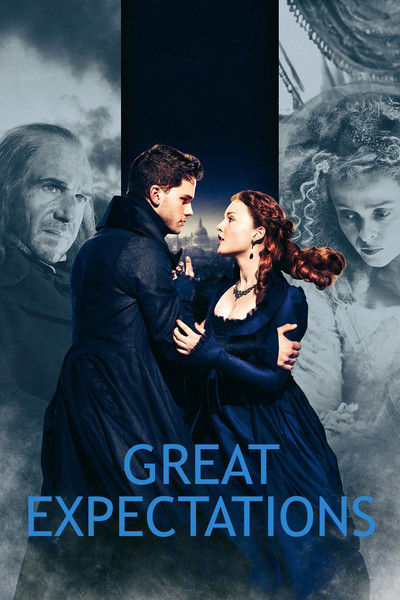