"Frank and Lola" starts right in the middle of a frank sex scene between its leads, the fortysomething chef Frank (Michael Shannon) and the recent college graduate and would-be fashion designer Lola (Imogen Poots), and it continues in that vein, dropping us into the middle of moments, relationships and predicaments and expecting us to find our way through them. It's a terrific gambit, as well a welcome break from the preferred method of storytelling in romantic dramas, which is more along the lines of, "Hi, John, how is your brother, who I haven't seen in twelve years, and who betrayed me?" The problem is that, despite being played by two charismatic and more-than-capable actors, the title characters never click in the way they need to. They're too cool and vague for the volcanic story they enact.

Plot twists pile up, and a light-footed, psycho-sexual character study becomes something like a film noir revenge thriller. Frank goes to Paris, ostensibly to look into a potentially lucrative chef job set up by Lola's mother (Rosanna Arquette, overdoing the shallow self-regard and sexual voraciousness; when she tells Frank, "I can't wait to taste your food," I expected her to add a cartoon-y meow). But the job interview is a pretext to confront the would-be patron (played by Swedish actor Michael Nyqvist), the owner of the Las Vegas hotel where Frank would serve as head chef. This man raped Lola years ago. She credits him with jump-starting a pattern of self-destructive sexual behavior, which includes an impulsive one-night stand at a hotel with a guy she admits means nothing to her (Frank is devastated).

So far, so good—many a memorable seventies thriller has gotten by on less plot than "Frank and Lola" offers. But we're still left with the nagging feeling that debut writer/director Matthew Ross and his cast never quite got a handle on what draws these two to each other, what would make Lola disclose that devastating story to Frank after years of telling no one (including family), and what demons would compel Frank to fly across the Atlantic and come on like Charles Bronson in khakis.

When they're together, there's a relaxed, whispery quality to their interactions that's at odds with the mad foolish love so much of the plot seems to require. From a distance, theirs seems like a relationship that might have another six months left in it, the kind of brief but intense extended affair that they'll both fantasize about occasionally, years or even decades later, but without spending too much time wondering what might have been because they already know the answer. There's something missing here, something big, something that would have tied up all the film's finer qualities into a coherent whole. The most frustrating thing about realizing it is that it's impossible to know exactly what could have been done to create the spark this movie needed to combust.

Shannon is, as usual, superb, turning Frank into a believably scruffy neo-noir hero with a rough past: he left home when he was just 16 and has been working in kitchens ever since, and there are intimations of abuse in his past, which partly (if not fully) illuminates his Paris crusade. Poots makes nearly as strong an impression, but unfortunately this is not her movie. Where Frank is allowed a rich interior life and drives much of the action, Lola is primarily his inspiration, the force that compels him to act and react. I would have liked to have seen more exploration of her psyche, with Frank serving as gruff sounding board, and less of the "Death Wish Lite" stuff.

The supporting cast is filled with ace character actors and rising stars, including Justin Long as a smarmy younger man who says he wants to help Lola with her fashion career and makes that seem like a euphemism. And Ross has a great sense of how to build a scene and let actors carry it, while still paying attention to light and space and never allowing the camera to become a mere recording device. The movie is at its best when jealousy is welling up in Frank, and Lola is feeling a combination of shame and resentment at the notion that she's responsible for his anger. But "Frank and Lola" ultimately feels like less of a compelling, free-standing work than a promise of better movies to come. 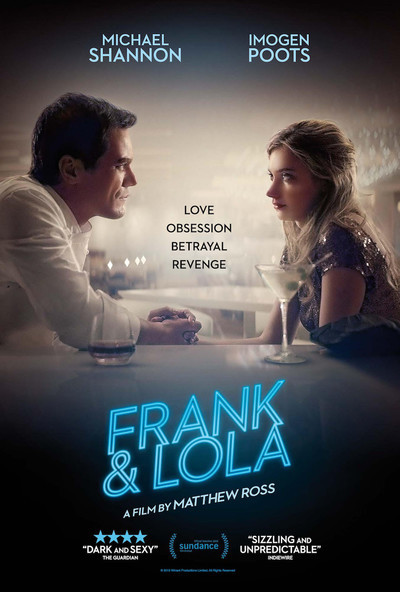