Many films have explored the anxiety, optimism and sometimes futility of first dates. It’s one of the great terrifying experiences many of us share with a stranger, who we may or may not ever see again. In Manuel Crosby and Darren Knapp’s film “First Date,” that hopeful feeling is put to the test of a wacky scheme with wildly unexpected twists and turns. It’s bad enough that Mike (Tyson Brown) is crushing on a high school classmate. He’s still figuring out how to talk to her and ask her out. But his problems really get complicated when he buys a dilapidated Chrysler New Yorker off of Craigslist that has untold stashes of illegal goods. In trying to do the right thing, Mike only gets further entangled in a web of criminals. Oh yeah, and he has to worry about his date Kelsey (Shelby Duclos) getting wooed by the dashing-but-dense jock-next-door.

Written and directed by debut filmmakers Crosby and Knapp, “First Date” is a tight exercise in how much can happen in a night that never seems to end. It’s a bit like Martin Scorsese’s “After Hours” in that sense, but instead of taking place in the City that Never Sleeps, the story takes place in a sleepy North California suburb where high schoolers don’t usually find themselves in this sort of misadventure. The location only adds to the absurdity Mike and Kelsey stumble upon. The first two-thirds of the movie plays out like Mike’s tortured odyssey to get to Kelsey, making his struggle something of an epic. At one point, it even seems like our hero has lost his chance at a date, but the story is not done with him yet.

Also making their feature film debut, Brown and Duclos make quite the pair of long-time classmates, first-time dates. As Mike, Brown strikes the perfect balance between naïveté and cleverness, escaping awkward and potentially dangerous situations with quick action or carefully measured words. Of course, sometimes those fast moves also backfire, but that adds to Mike’s shock and by extension, the audience’s. Brown embodies his character’s sense of shyness and innocence, not just about the chaotic hand he’s been dealt, but also with his date, Kelsey. His insecurity is palpable in almost every scene, and it’s clear he’s afraid of being himself around her at first. As Brown’s co-star, Duclos is a formidable presence, playing a tough but cool high schooler with a troubled relationship with her parents, a background in kickboxing that comes in very handy later on, and an impulsive need to correct the dumb crooks acting like tough guys. Whereas Mike is slow to find his words and fails to stand up for himself more than a few times, Kelsey’s ready to fight just about anyone who isn’t Mike. It may be an act on the surface, but Kelsey’s teasing banter with Mike hints at a much more compelling character. After one flirtatious telephone call, we’re rooting for Mike to overcome his hesitation, and for his first date with Kelsey to be a successful one.

Part of the charm of “First Date” is its off-the-wall supporting cast. At times, they can be a bit much, threatening to send the movie over-the-edge into farce, but the directors reel in each nonsensical or overblown outburst just in time. For instance, Mike just can’t seem to get away from a sour-faced pair of cops, Sergeant Davis (Nicole Berry) and Deputy Duchovny (Samuel Ademola), yet each subsequent run-in only adds more mystery to their off-beat dynamic. The motor-mouthed Dennis (Scott Noble), a slippery dealer and car salesman who gets Mike into all this trouble, has even less scruples, overpowering Mike’s reluctance with a barrage of nonsense. He just can’t seem to stop trying to talk his way over people. Rounding out the melee is a group of criminals who treat their lucrative side hustle as a book club. They seem just as successful at pulling off these underground jobs as they are at actually reading the books they pick for the group. They bring a lot of yelling and complicated inter-relationships into the equation.

Despite its flair for surprises and bloody spurts of violence, “First Date” is just as much about Mike and Kelsey’s blossoming relationship. They bond over the course of the evening in a way few people on a first date likely ever will, in between fights with their kidnappers and an all-out shoot-out, but the two actors retain that sweet giddy feeling of love at first sight through it all. “First Date” feels like a throwback caper to something you'd find on cable, funny yet full of action with a generous helping of a timeless romance for good measure. It’s the kind of movie you come across and have to see how it ends.

Eyimofe (This Is My Desire) 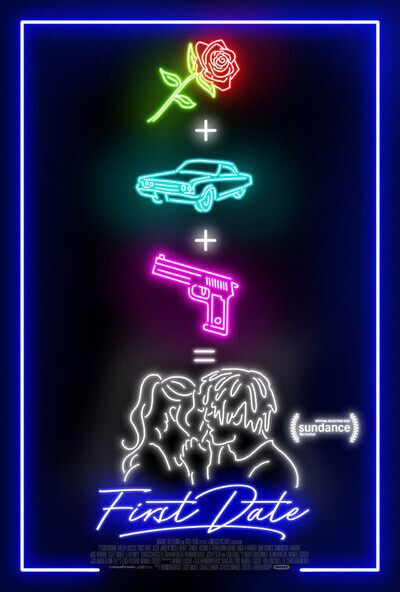 Jesse Janzen as The Captain