Orson Welles can make better movies than most directors with one hand tied behind his back. His problem, of course, is that for 35 years the hand has remained tied. His career is a study in lost possibilities: Having made a legendary film debut at the age of 24 with "Citizen Kane" (1941), arguably the best American movie ever made, he was never again left totally free to make a film just the way he wanted to.

He came close, in films like "The Magnificent Ambersons" (with its ending re-shot by the studio) and "The Trial". But a film more typical of Welles' dilemma was "Falstaff - Chimes at Midnight" (1968), a triumph of artistic will over impending bankruptcy.

"Falstaff" is a great film, but for whole stretches of it Welles is faking it. He shot it without sound and dubbed most of the voices himself. He recruited a great supporting cast but had to shoot them at moments stolen over the years when he was able to raise money to go back into production. He included a great battle scene but had to place his camera in its midst because he had so few warriors.

Now comes Welles' latest work, forthrightly titled "F For Fake." It's a film about fakes and frauds, including the art forger Elmyr de Hory, the biography forger Clifford Irving, the mystery man Howard Hughes and even the young Orson Welles of the famous "War of the Worlds" hoax.

The footage teases and tantalizes us - with Irving, for example, talking about de Hory's fakes while (we now know) planning a spectacular one of his own. But step back from the film, regard it for a moment and it suggests itself on a deeper level as Welles' musings about the connections between fakery and art itself.

"Citizen Kane," for example, is a film so brilliantly packed full of special effects, deceptive shots, double exposures, trick lighting, background animation and back projection that perhaps only a third of the film actually records what we think we're seeing. In "F For Fake", Welles plays with the film more obviously, presiding over a ghostly editing room, running shots back and forth in the movieola as he invites us to take a closer look (pick a look, any look… ).

"F For Fake" is minor Welles, the master idly tuning his instrument while the concert seems never to start again. But it's engaging and fun, and it's astonishing how easily Welles spins a movie out of next to nothing. For many years, he was reported to have "Don Quixote" as a work in progress. Now, according to the program notes, the working title has been changed to "When Are You Finishing Don Quixote?" Does it matter, when "F For Fake" has such a sufficiency of windmills? 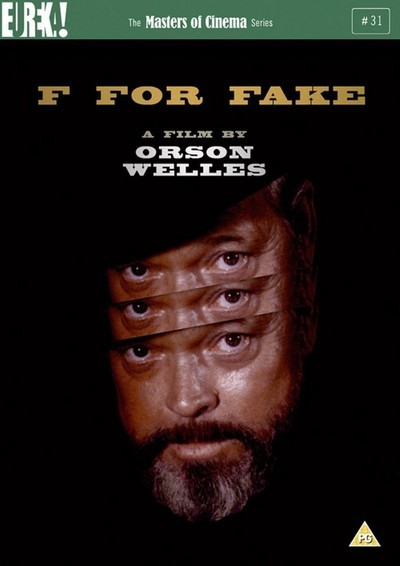