If "Enemies Closer" had been made 20 years ago, it would have quickly vanished from theaters, replayed endlessly on HBO, and inspired the next generation of critics to call it a neglected gem, not because it's especially good, but because it stars an aging action star, has a couple of perverse elements, and is directed by a filmmaker with a cult following: Peter Hyams. The former cinematographer emerged in the 1980s and '90s with a string of action and sci-fi pictures that were visually sumptuous but dramatically just OK: "Outland," "Running Scared," "2010," "Timecop," "Sudden Death." Those last two starred Jean-Claude Van Damme, whose work as the villain in "Enemies Closer" is the only reason to see this film—unless you're also a devotee of Hyams' son John, who edited the picture and has carved out his own notable career as an action stylist (his last two "Universal Soldier" sequels merged imaginatively choreographed butt kicking with arthouse strangeness).

Van Damme plays Xander, a French-Canadian drug dealer who sneaks a bunch of narco-thugs dressed as Canadian Mounties across the border. They're here to reclaim a heroin shipment that sank to the bottom of a lake along with the plane that carried it. Xander bears no relation to any real-world drug dealer. He's a sadistic wraith in the vein of Martin Scorsese's Max Cady and Heath Ledger's Joker. He lectures his men about veganism and global footprints. His wavy orange slicked-back hair suggests Christopher Walken impersonating a troll doll. He knocks on the front door of a Drug Enforcement Agency border station with the nonchalance of Bugs Bunny asking to borrow a cup of sugar from Elmer Fudd and proceeds to kill everyone in the place. He's not above using guns but prefers not to, because barehanded murder is more of a challenge. (There's a marvelous early moment in which an especially tough DEA agent seems to be holding his own against Xander, and one of Xander's colleagues offers to help, only to be waved away.)

Van Damme's English is less intelligible than usual, and his line readings are sluggish in places. Improbably enough, this adds to the performance, perhaps because it sets the star apart from all the other actors who've opted to deliver their lines comprehensibly and with passion. At times his work here suggests the action star version of a late-period Marlon Brando performance, wherein the performer's evident inability to give a damn got folded into the character, making him seem more special than he might have otherwise.

There's a parallel story involving good guys who are at each other's throats, then have to team up and fight Xander's gang. One is the park ranger Henry (Tom Everett Scott), a former Navy diver who's haunted by his experience in Afghanistan. The other is Clay (Orlando Jones), a former soldier and ex-con who's come to Henry's remote island to avenge the death of his brother, who served under Henry during the war. Like everyone else who isn't named Jean-Claude Van Damme, Scott and Jones behave as if they're in a modest shoot 'em up that isn't winking at the audience. They play their roles earnestly and with flashes of wit (the best of these is Scott's imagined conversation with a rude old man who rebuffed his attempt to be neighborly). Their straightforward approach contrasts intriguingly with Van Damme's exhausted decadence and makes them seem confident and strong. Whether they're acting against him or fighting against him, they never seem overmatched.

Neither the elder Hyams' direction nor the younger Hyams' editing rise to the level of their best work. The cutting in the fight scenes is more choppy than clever, and aside from a few elegantly composed wide shots and a somewhat daring (for an action film) use of darkness, the action is too plainly shot, at times veering close to the boringly anonymous "coverage" style of moviemaking that both father and son rightly decry. But there are at least two setpieces that are keepers, and even when the film's energy flags, Van Damme boosts it again by breaking a neck, muttering about sustainable resources, or just sitting there thinking about whatever it is that Xander thinks about. "Timecop," maybe. 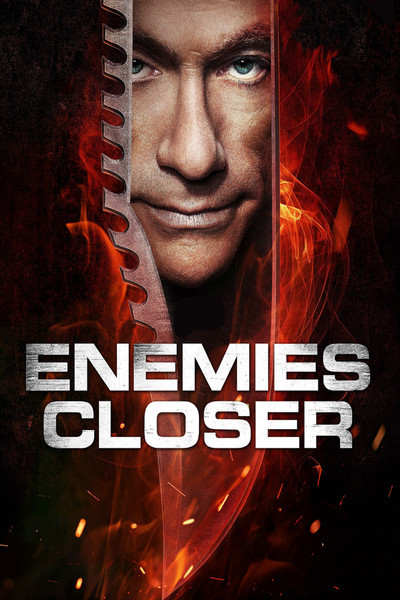