The novel Endless Love is about a teenage boy who remembers, with full ferocity and grief and yearning, the great love of his life, after it has been ended by fate and the adult world. The movie “Endless Love” is about a teenage boy and girl who are in love, until fate and adults end their relationship. There is all the difference in the world between these two story sequences, and although there are a great many things wrong with the movie, this blunder on the narrative level is the worst.

Didn't the makers of this movie understand the poignancy at the very heart of the novel? The book begins with its hero, David, committing an act that will end all of his happiness for years. Forbidden to see his girl, Jade, for thirty days, he sets a fire of newspapers on the porch of her house hoping to win a reprieve by being the hero who "discovers" the fire. The house burns down, and David is sent into a long exile in a mental institution. The novel's point of view is of a boy who has lost everything he values and remembers it with undying passion. But the movie rearranges the events of the book into chronological order. That means that the love affair between Jade and David, instead of being remembered as a painful loss, is seen in the "now" as, well, as a teenage romance. Its additional level of meaning is lost.

A story that began as a poem to the fierce pride of adolescent passion gets transmuted into a sociological case study. This movie contains some of the same characters and events as Scott Spencer's wonderful novel (indeed, at times it is unnecessarily faithful to situations and dialogue from the book), but it does not contain the book's reason for being. It is about events and it should be about passion.

There are many other problems in the film. One crucial mistake is in casting: Martin Hewitt, as David, the seventeen-year-old boy, is a capable actor but is too handsome, too heavily bearded, too old in appearance to suggest an adolescent bundle of vulnerability and sensitivity. Another mistake is in narrative: The sequence of events involving David's release from the institution, his trip to New York, and exactly what happens there, is so badly jumbled that some audience members will not know how and why he went to New York, and hardly anyone will be able to follow the circumstances that reunite him with Jade.

A third mistake is in this movie's ending, or rather, its lack of one: The final three minutes in this movie are enraging to anyone who has made an emotional investment in it, because they are a cop-out, a refusal to deal with the material and bring it to a conclusion. The fourth mistake is the one that made me most angry, because it deals with the central act of the narrative, with the disaster around which the story revolves. In the book, David sets fire to the newspapers as an act of passion, confusion, and grief, sure it's dumb, but he's confused and in turmoil. The movie, with offensive heavy-handedness, has another youth suggest the fire to David as a strategy. Apparently the filmmakers thought the fire had to be "explained." The result is to take a reckless act and turn it into a stupid one, diminishing both David's intelligence and the power of his passion.

The movie's central relationship, between Jade (Brooke Shields) and David, comes out as a disappointment, because their scenes are not allowed to develop human resonances. We never really feel and understand the bond between these two people. That's partly because of Hewitt's inability to project uncertainty and adolescent awkwardness; he comes on so strong and self-confident that David seems like a young man making a bold bid for a good-looking girl, rather than as one-half of a pair of star-crossed adolescent lovers.

Is there anything good in the movie? Yes. Brooke Shields is good. She is a great natural beauty, and she demonstrates, in a scene of tenderness and concern for Hewitt and in a scene of rage with her father, that she has a strong, unaffected screen acting manner. But the movie as a whole does not understand the particular strengths of the novel that inspired it, does not convince us it understands adolescent love, does not seem to know its characters very well, and is a narrative and logical mess. 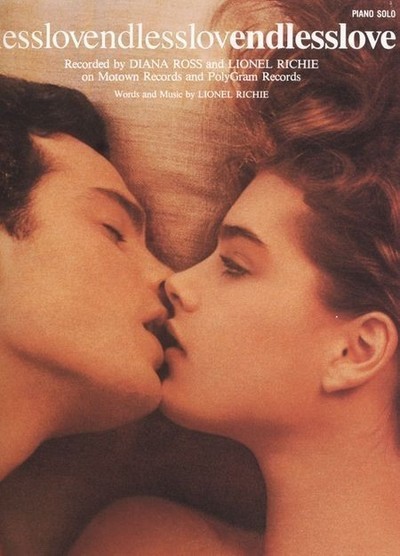