Intimate and impressionistic but ultimately a little self-indulgent, the documentary "Elena" explores the transcendent nature of the sisterly bond.

Fusing memory and mystery, director and narrator Petra Costa traces the fate of her older sister, actress Elena Andrade, through the prism of her own childhood. Actually, calling it a documentary isn’t entirely accurate. It’s more of a dreamlike mix of artful images and sounds: decades-old archival footage, snippets of audio diaries and newer images shot in modern-day Manhattan. The challenging way it traverses genres and toys with reality is reminiscent of Sarah Polley’s excellent (and superior) documentary "Stories We Tell."

Costa was just seven years old when Elena, who was 13 years her senior, left the family’s home in Sao Paolo, Brazil, with dreams of becoming an actress in New York City. But home movies from Costa’s infancy in the early 1980s reveal a powerful connection between the two. There’s Elena cradling Costa, twirling her around the living room, singing with her in the bathtub. There they are sharing a tender kiss before lying down together for a nap. The age difference seems to have made Elena an influential force as both a mother and sister figure.

But Elena, who achieved some fame as a dancer and stage actress in her native city—one who was notorious for her obsessive rehearsal habits—wasn’t satisfied with just that. She wanted to be a film star in the United States. And she inspired in Costa the same drive to perform.

"You showed me all the Shirley Temple movies and trained me to become an actress," Costa intones as part of the film’s pervasive voiceover. Her narration may almost be too breathy, too hypnotic. It lulls us when the movie’s tension should be building.

"Elena" isn’t just a reflection on the power of the sibling connection but also an investigation into what happened to Costa’s sister once she set out in search of her dreams. It’s clear early on that this radiant woman with the deep-set eyes, bright smile and great potential became the victim of a tragic undoing; the way Costa and her mother speak of Elena reveals great longing and loss.

But Costa, who herself ventured to New York to study acting at Columbia University in 2003, also attempts to reconstruct her sister’s past, ostensibly in the hopes of achieving some closure. This consists of her wandering around the city, everywhere from the Upper West Side to Times Square to the Williamsburg Bridge, musing on their shared history. Costa also blends in extensive audio recordings Elena made—her version of a diary—in poetic Portuguese.

Headlights from passing cars provide blips and blurs. We see reflections in taxicab windows, a hand, a smile, gauzy wisps of sunlight. The camera follows her as she walks down street after street, passing her fellow pedestrians as the wind whips her hair. Costa creates a palpable sense of alienation within this crowded city. But she’s also too fond of some pretty obvious Ophelia imagery as a metaphor for her sister’s fate, repeatedly showing us young women floating in water in diaphanous dresses.

The cumulative effect calls to mind a music video that probably seemed pretty artsy in the ‘80s. The repetitive and prolonged nature of these scenes almost seems like padding toward the end, despite the film’s relatively brief running time. What began in beautiful, intriguing fashion ends up feeling surprisingly dull. It also reveals how deeply insular Costa’s tale is. The sisters’ stories begin to overlap and blur in a way that’s meant to be profound, but, ultimately, both women remain elusive. 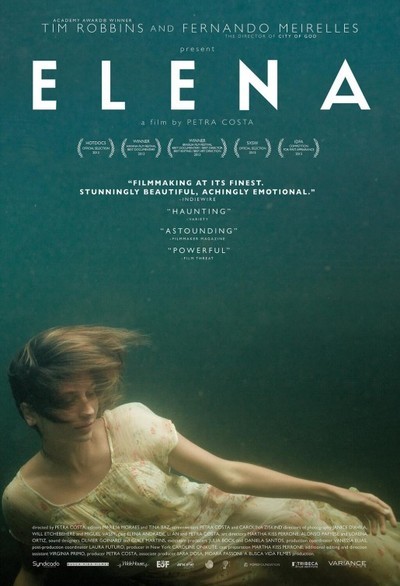 Li An as Li An