Naima (Alia Shawkat) and Sergio (Laia Costa) have just met, but want to spend 24 hours together. That means sex every hour, doing everything together, and no sleep. It’s a very intimate, radical idea based on the belief that we waste our best moments in a relationship getting comfortable with someone, and letting feelings build up. Why not just have it all at once, especially when surfing a tsunami of attraction? It’s a radical idea, too, for a lonely Los Angeles actor like Naima, who is afraid of being close enough to people that they can love her.

Some odd things happen in “Duck Butter,” which proves to be Naima’s story more than that of a couple. The movie starts on the film set belonging to a different director—make that directors, Jay and Mark Duplass. Shawkat’s Naima tries to ingratiate herself into a the set that includes actors Kumail Nanjiani and Lindsay Burdge (playing themselves with a couple jokes to spare), but Naima just isn’t on the same page. There’s a difference in acting approaches between Naima and her co-stars, but that can’t be it. Director Miguel Arteta’s movie doesn’t make clear if this is meant to be a little satire on rambling Duplass-like indies, or a self-indictment about his own production that follows. But “Duck Butter” moves onto the next thing, its general air proving to be free-spirited to a fault.

Strangeness is also the case with Sergio, who is introduced as having a big presence. In her first scene, she starts a Lou Reed-esque tune on a stage that seems innocuous and then takes an instrumental break to kiss different women in the crowd. It's a romantic gesture for all. Naima remains transfixed but reserved, bashfully studying her like Cody Horn’s character when she first saw Channing Tatum strip in “Magic Mike.” Sergio is magic, too, but the movie that contains her doesn’t seem to know what to do with her power.

Shawkat and Costa have clear chemistry, and individually they create curious, challenging characters. Together, they provide a subtle picture of a bond that can just click for two people, whether they’ve known each for a few hours or even a few years. It’s more their script, which is defined most by undercooked artistic whimsy (as when Sergio encourages Naima to pretend she’s yelling at her own mother) and a tedious impulsiveness, while lacking a substantial narrative. Just like what Naima and Sergio are doing, the movie is itself an impulsive, fleeting relationship experiment with mixed results.

The story's central hook is a poignant idea for a two-hander, and “Duck Butter” plays it as low-key as possible, perhaps too much so. One can imagine other storytellers highlighting the quirkiness of a full relationship arc playing out over 24 hours, but Arteta's vision doesn't have a crucial immediacy. There is hardly even a mention of the time as their bonding ensues. And yet when someone says “we haven’t had sex in two hours,” you know something is very wrong, and what that translates to in the bigger picture.

“Duck Butter” comes into better focus if you consider Naima’s anxieties—and her fighting them—as its primary interest, instead of anything revelatory about relationships. As she faces her emotional fears, Naima certainly has a strong counterpart with the more liberated Sergio, who uses singing, painting, and anything else to make sure she is heard. Co-written by Shawkat and Arteta, there is an unshakable theme in here about two artistic women trying to find their voice. It’s more of an issue that “Duck Butter” makes up what it wants to say as it goes along. 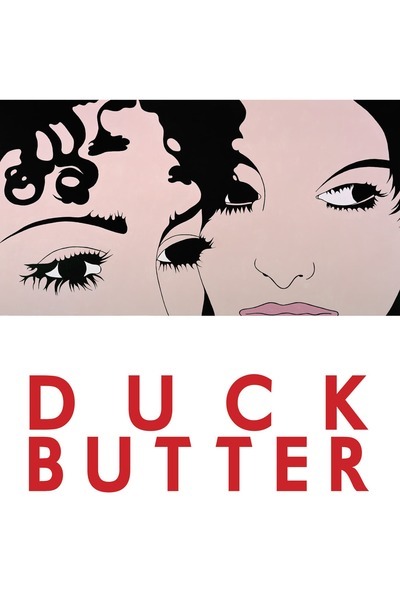