In most respects an energetic and tidy caper comedy, “Deidra & Laney Rob a Train” gains some novelty value by dint of its robbery being committed by high school girls. This reasonably engaging picture is being pushed as a kind of diversity-prioritizing indie comedy as opposed to the YA film it really is, for reasons not entirely clear to me. I suppose that since it doesn’t push a “crime does not pay” agenda particularly hard, if at all, there’s a bit of trepidation concerning parental disapproval over Lack of Message.

Despite said lack of message, there’s no lack of positive progressive thrust here. Deidra (Ashleigh Murray) and Laney (Rachel Crow) are African-American teen sisters who lead a harried life. Older Deidra is soon to be class valedictorian, and aside from excelling scholastically she also has a sideline in selling Good Homework to less intellectually astute classmates. This is particularly useful since the kids live in a single-parent home right by the railroad tracks in an Idaho suburb, and the side of the tracks they’re on is the poorer one. One bright afternoon their mom has an unexplained freakout in the parking lot of the Good Buy store where she works, and her employers deem her a domestic terrorist on arrest, meaning, among other things, a pretty steep bail. After a less-than-satisfactory visit to the rail yard where her deadbeat (and dumb) dad works Deidra hits on a train-robbing scheme. Laney, who’s having a bad case of middle-kid-insecurity syndrome (the third kid, Jet, is a quiet young ‘un, on the gender-ambiguous side, and good natured enough when playing with beloved toys) balks. For one thing, there’s the danger, then the illegality, then the fact that she’s freaked out enough by the fact that she’s been made a teen beauty pageant contestant against her will. But soon, with mom in stir and dad not better for more than thirteen bucks, the food runs out and the electricity is about to get turned off. Caper on, with the help of Deidra’s ex-steady, whom she dumped because he was dealing pot. He doesn’t hesitate to rub that in Deidra’s face before signing on to help her filch goods from any given train’s containers.

This all sounds pretty squalid in the course of a written plot description, but the movie is almost unfailingly sunny and bouncy in its tone. It’s the kind of picture in which, faced with starvation, the protagonists can nevertheless afford a lot of construction paper on which to map their “Train Rules” and make a fancy Mom’s Bail Tote Board to chart their criminal process. In its commitment to showing smart, plucky, take-no-nonsense teens of color being ingenious and boundary-breaking, it’s commendable. Director Sydney Freeland enjoys a well-composed frame and also likes the nifty post-production gee-gaws by which one can seamlessly superimpose logos like “Cancellation” and “Past Due” on the sides of mailboxes during economic crisis scenes, not to mention frame-within-frame effects when deadbeat dad shows Deidra a clip of him on the teevee news that he’s astonished can be shrunk down to fit on his phone. There’s a color-coordination sight gag early on that Wes Anderson might have thought nifty as a teen, but one can’t complain about that too much for obvious reasons.

Even when the railroad cop who wants to bust the heists open shows up, the movie’s tone remains buoyant. That’s partly because, as played by Tim Blake Nelson, the cop is a pompous, vaping figure of fun. All of the performers, including young Ashleigh Murray and Rachel Crow as the teen heroines, are lively and fun to watch. Sasheer Zamata and Missi Pyle are both amusing, albeit a little broad, as high school authorities who Only Want To Help and prove fairly ineffectual in that respect. As right-minded and good-hearted as the movie is, it can’t steer clear of certain clichés—there is a catfight at the aforementioned teen pageant, although to the filmmakers’ credit it’s broken up quickly. Not to push for Girl Power Solidarity but to get back to the heist storyline. Which is resolved pretty craftily. For a YA movie. 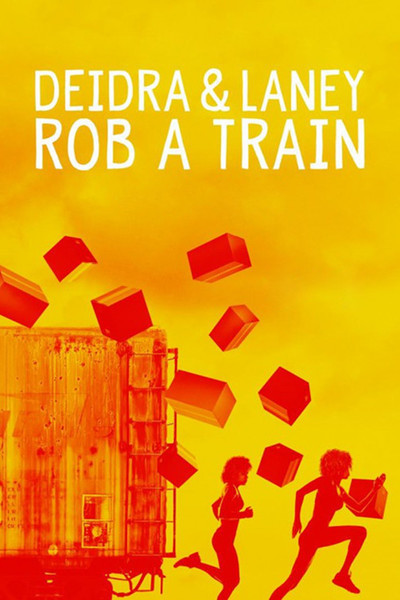