“Can the government use hacking techniques to catch a criminal, and, if so, what kind of warrant do they need?”—Andy Greenberg, WIRED

It’s an important question that faces us in the second decade of the 21st century. How do we maintain the privacy that is so essential to our society when the internet allows for so many ways to destroy it? Alex Winter’s “Deep Web” could someday make an interesting companion piece to Laura Poitras’ award-winning “Citizenfour” in that both films are about men whose fates are intertwined with that conversation about privacy, legality and the gray area in between. Sadly, while Winter’s film, which debuts on Epix on May 31st, raises some interesting talking points, it doesn’t go much deeper than Greenberg’s question. Winter focuses so tightly on the details of his chosen story that he fails to place it in the context of overall issues of internet privacy, commerce and the drug war.

The title “Deep Web” refers to the underground portion of the internet that is significantly bigger than what most of you access on a daily basis. There were (and are) illegal things going on in the deep web, but it is also a place for political and controversial speech not allowed by all governments of the world. In other words, it’s important. It’s crucial to have places online that support privacy to a degree that corporations and dictatorships cannot interfere.

The lightning rod for the Deep Web’s emergence into the public sphere was Silk Road, a web service that facilitated the sale of highly illegal drugs. Managed by someone calling himself Dread Pirate Roberts (from “The Princess Bride”), Silk Road had arguably positive intentions. The ineffective war on drugs has killed thousands. Silk Road takes it out of the alleys and the dangerous neighborhoods and arguably makes it a safer business transaction, complete with a review process for drug dealers. Dread Pirate Roberts saw himself as a leader of a movement—less government control, destruction of the corrupt drug war. But was he a freedom fighter or a digital Tony Montana?

The government argued he was the latter and did everything they could to bring him down, even learning his identity: Ross Ulbricht. How did they do that? Well, that’s a good question. The exact route officials took to Ulbricht’s identity is a bit of a crucial question mark in that their explanation basically seems about as likely as getting hit by lightning twice. They essentially claim they stumbled on to the real identity of Dread Pirate Roberts through a Captcha loophole and started building their case. Said case included a shocking accusation: DPR/Ulbricht had taken out a few hits on people he wanted to see dead. Now, none of these people died, but folding these murder charges into their conspiracy charges allowed them to paint Ulbricht as a nefarious criminal, even though they never had to prove said murder charges. That’s ridiculous.

By the end, “Deep Web” flirts with the bigger questions at play here: who makes money on the drug war and would profit from shutting down Silk Road? And even if you don’t agree with what Ulbricht did online, would you really like to have a government who goes to illegal ends to shut him down?

“Deep Web” would have either worked better as a much tighter TV special about Ulbricht or a more detailed, elaborate film. Instead, it falls into a valley in between, feeling too unfocused to really offer much insight into Ulbricht (if that’s even possible) while also missing out on essential elements of the larger narrative that also includes polarizing figures like Julian Assange and Edward Snowden. Narrated by Keanu Reeves, the vast majority of “Deep Web” is disappointingly straightforward and factual: Then this happened. Then that happened. Actual insight is too sparse in the film, and the portrayal of DPR as a freedom fighter feels a bit thin. Winter speaks mostly to Greenberg and Ulbricht’s family when it would have actually strengthened his film to include more critics of Silk Road, Ulbricht and the Deep Web overall. Most of all, one gets the sense that Winter was trying to hit a moving target. This is a story that’s still being told and an important chapter of American history that’s still being written. Ultimately, despite some reasonably strong filmmaking, “Deep Web” feels too much like a footnote. 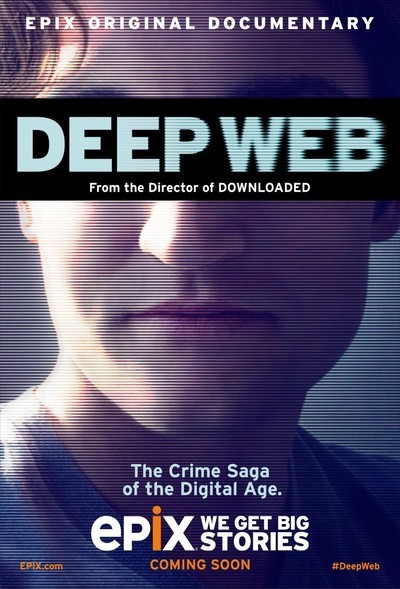