There’s a saying in criticism that “depiction does not equal endorsement.” Art should be able to address taboos without necessarily advocating for them, but some surface-level readings miss what the work digs into because it’s not obvious at first glance. In the wake of conservative outrage over an early poster of debut writer/director Maïmouna Doucouré’s “Cuties,” this is a sentiment that bears repeating. The film actively critiques the very thing pearl-clutchers were mad about—the sexualization of children—but Doucouré received death threats. Netflix, the movie’s distributor, issued an apology.

Controversy aside, “Cuties” is a difficult and challenging film, pushing the idea of “depiction does not equal endorsement” to its limit. It will not surprise me to read responses still accusing the movie of what it condemns. However, Doucouré uses these uncomfortable images to provoke a serious conversation about the sexualization of girls—especially regarding girls of color, the policing of a girl’s sexuality, double standards, the effect of social media on kids, and how children learn these behaviors. To do this, the director shows what it looks like for young girls to emulate what they see in music videos and grown-up dance routines. A few times in the film, we see the confused or even disgusted faces of adults watching the younger generation gyrate and twerk, biting their lips or their nail in a suggestive way. It’s likely that these girls don’t fully understand what those gestures mean, but they see it in pop culture and they imitate it, like several other generations of girls before them. Doucouré also explores some of the emotional tangles that come with wanting to fit in and to be taken seriously, as well as the repercussions that come with acting youthfully impulsive. Many of these experiences were rooted in the director’s own childhood or in the stories of girls she interviewed when working on the “Cuties” script.

“Cuties” is a coming-of-age story of a girl caught between cultures and age. 11-year-old Amy (Fathia Youssouf Abdillahi), the eldest daughter of a Senegalese family living in Paris, must help her mother, Miriam (Maïmouna Gueye), around the apartment with mundane tasks like watching her younger siblings, going out for supplies, and cleaning messes. Then, Miriam learns that her husband has taken a new wife, and Amy is reluctantly swept up in the preparation for their impending nuptials. Although her family is devoutly Muslim, Amy begins to admire a dance group at school who call themselves Cuties—Angelica (Medina El Aidi), Coumba (Esther Gohourou), Jess (Ilanah Cami-Goursolas) and Yasmine (Myriam Hamma)—and tries to join their ranks. She starts dressing more like them and doing what they dare her to do. Finally, she figures out a way to get the cool girls to accept her by learning provocative moves that will help them win a dance competition against a rival group of older girls. Amy gets caught up in the whirlwind of her emotions and runs afoul of her mother’s expectations.

Under Doucouré's direction, the film walks a fine line between its controversial imagery and taking a step back to reveal the emotional impulses that drive Amy and her friends to seek attention and affirmation. There are echos of films like “Eve’s Bayou,” “Girlhood” and “The Fits,” but given Amy’s age and the directness with which “Cuties” addresses the issue of sexualizing young girls, the film feels uniquely its own. With the help of cinematographer Yann Maritaud, Doucouré adds little surrealistic elements and uses color to make her images pop off the screen. For instance, there’s a recurring motif of Amy transfixed by the dress she’s supposed to wear for her father’s wedding, and different things happen to it that correspond to what she’s going through. It’s likely not a mistake that the turquoise color of the dress echoes some of the colors around the apartment, tying together the threads of culture and home into one. For every dance scene that may make you want to avert your eyes, there are other uncomplicated moments of childhood playtime like Amy and Angelica talking with their mouths full of gummy bears or four of the girls running with shopping bags throwing confetti, like they’re leading a parade for themselves. As if following the beat of Niko Noki’s music for the film, “Cuties” moves at a quick, riveting pace. The two parts of Amy’s world are seamlessly connected together by editors Stéphane Mazalaigue and Mathilde Van de Moortel.

The movie is so much more nuanced and bold than the first wave of outrage charged. With “Cuties,” Doucouré announces herself as a director with a keen visual style who’s unafraid to explore these cultural and social tensions. After all, these are issues facing many young girls growing up today in various corners of the world. You’d just never know it because their coming-of-age horror stories aren't always told in film.

Perhaps the most important message of “Cuties” is that no matter what Amy says or does, she’s still just an 11-year-old girl. People are quick to judge her for trying to act like an adult, but really, all she wants is to feel cool and fit in. She wants to be liked, and what person who survived middle school couldn’t identify with that? She thought the way to do that was to emulate others. Instead, she becomes a cautionary tale in the process. 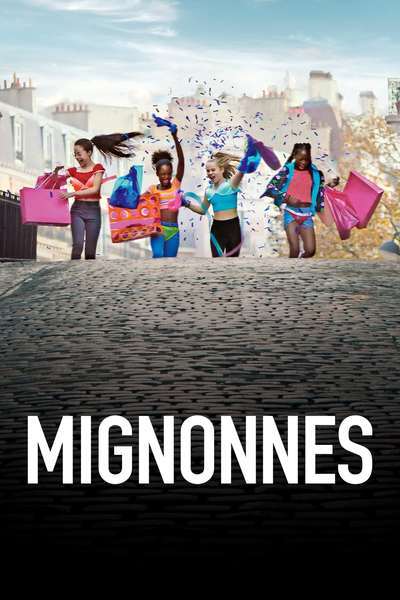