The beautiful, verdant mountains of North Vietnam fill the frame as a handheld camera pans across the wilderness, taking all its wild beauty. A teenage girl reminisces about her childhood on these hills, stealing cucumbers for pigs. Her voice filled with a weariness well beyond her years. This begins “Children of the Mist,” director Hà Lệ Diễm’s harrowing documentary about the custom of child brides amongst the Hmong people.

The girl is Di, one of the first generation of children from this region to receive a formal education. She lives in a remote village with her brother and her parents. Over narration, Diễm shares that she spent three years embedded with this family as Di comes of age and fights against her community’s traditions. The film then cuts back to her first visit to the community years early, when Di was still just a young girl.

Diễm’s camera follows Di as she and a group of young girls play in a field. They run in circles, giggling with glee. This could be any innocent child’s game, yet eventually it’s revealed they are playing “kidnap the bride,” a custom whose shadow all the girls of the village grow up under. On Lunar New Year, a man (or often a teen boy) will kidnap a girl, planning to make her his bride. The girl’s family will then negotiate a dowry of chickens, pork, and wine. As the girls act out the ceremony, they even recreate tearful goodbyes.

Although this is all presented by Diễm with no judgment, it’s hard to watch such young girls be so blithe about a tradition that robs them of their autonomy. The girls also discuss sex and love with a shocking frankness, given their young ages. They already have boyfriends they flirt with over the phone and on Facebook. This is encouraged by their mothers, as it gets them used to their fates early. However, Di’s mom warns her not to fall for sweet-talking men, who will likely turn out to be abusers.

But the world of the village is not all that Di knows. Although her family lives in poverty, like most in her village, they are well off enough that she can attend school. There she learns a different way of living. Her passionate teacher uses humor to teach about modern ways of life and the financial freedom that comes from gaining an education. They also inform the girls that the Hmong tradition is illegal, that the age of consent is eighteen, and they all have a right to an education.

The film shifts from observing everyday life with Di when during a Lunar New Year party, Di is impulsively kidnapped by an equally young boy named Vang. Diễm captures this night by filming Di’s mother as she talks her through it over the phone, giving her harrowing advice on how to survive that is equally as thoughtful as it is callous. She is a woman who has made an uneasy peace with her life, turning to drink to get through the more challenging days. Yet, all she can do for her girls is to pass on hard-earned survival tips.

As Di tries to get out of the situation, she discusses her lot with surprisingly mature self-reflection, stating, “I’m immature. I’m completely reckless.” Diễm also interviews Vang about his actions, with the hapless young man saying, “I guess I did something wrong. I’m lost. I don’t know how this will end.” Her Diễm makes it clear that this is not just a tradition perpetuated by careless men to their sons but built into the economy of the village stuck in a cycle of poverty where the work done by women and girls is the greatest commodity.

Diễm’s fly-on-the-wall approach allows her to capture heart-wrenching moments, such as when Vang’s family comes to take Di with them forcibly. As the girl is dragged, kicking and screaming, she calls out to Diễm for help. And yet the documentarian does not interfere, although we briefly glimpse her pained expression as the camera tussles in the commotion. This sequence leaves the viewer questioning their culpability in observing these intimate moments in Di’s life without any recourse for their own inaction.

As the film cuts back to the beginning, we now understand Di’s world-weariness, yet we do not know her fate. Diễm’s film plants seeds for the kind of future Di aspires towards but is smart enough not to make promises to her or to the audience as to whether she can achieve them. It also does not wholly judge the community for their traditions, presenting them in all their complexity. Ultimately, “Children of the Mist” merely asks us to remember that the world is filled with girls like Di and hope that a brighter future is possible for them. 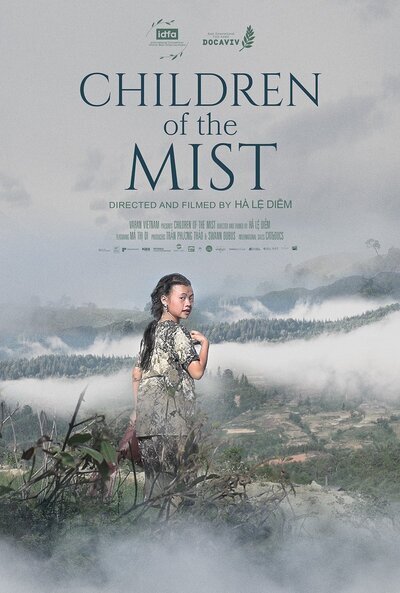