It's difficult to say what Apichatpong Weerasethakul's "Cemetery of Splendor" is about, and in many respects, to discuss its meaning would be to diminish it. The film works the way a Shakespearean sonnet works in that it actually increases its impact the moment it's over. Within its structure lies multiple intersecting and contradicting arcs of meaning, none of which cancel each other out but instead create a vast pool of associations. To try to narrow it down into "what it means" would be ruinous, akin to ripping apart a butterfly's wings to see how they operate. You may gain some insight, but you have destroyed the whole. The word "unique" is sometimes over-used, but in Weerasethakul's case, it applies. His films are personal, and what interests him is evident, but the way he decides to "put things together" is "sui generis." He is an artist who follows his own star with such devotion that his films feel like memories of a collective distant past, snatched from the surface of the subconscious, suggesting the iceberg below. His images have great and dreamy staying power.

"Cemetery of Splendour" takes place in a small rural hospital in Isan, Thailand. In the main ward, a group of ex-soldiers lie in cots, sleeping all day and all night. Volunteers minister to them. A series of gently curving tubes are placed beside each bed, tubes that glow and pulsate through different spectrums of colored light, green flowing into red and into blue. Nobody is quite sure what has brought on the marathon sleeping. Outside, a nearby field is being dug up, giant machines heaving up mountains of dirt. Children play amongst the mounds. It is said that the hospital is built on a cemetery of ancient kings, still engaged in fighting a war on another plane, sapping the current-day soldiers of their energy.

Jen (Jenjira Pongpas, who has appeared in multiple Weerasethakul films) volunteers in the hospital. One of Jen's legs is shorter than the other, requiring her to walk with a cane and wear a special shoe. Her disability is treated matter-of-factly, not even referenced, until a devastating later moment when it is addressed directly in one of the most astonishing scenes in recent memory. Jen ministers to one of the soldiers whose name is Itt (Banlop Lomnoi). She feels a connection to him, she bathes his body with an almost erotic tenderness. Sometimes he wakes up, suddenly, and the two of them take walks, talk, and then, just as suddenly, he falls unconscious.

Jen and Itt's relationship is the main story, I suppose, but that would be like saying "Hamlet" is "about" a boy and his mother. While the film unfolds, you are caught in its undulating rhythms, drawn from image to image, given the time to contemplate the juxtaposition, how the film is put together and why. It's so rich that way. Once the screen goes to black, you are left to your own devices in terms of interpretation. There are other recent films in this tradition, "Upstream Color," "Post Tenebras Lux," where meaning is contained IN the images: the films are like entering someone else's dream-logic. Things "make sense" in profound dreams, and the dreamer may feel he is being given a kind of truth unavailable to him in the waking world.

Weerasethakul films in long-shot quite a bit. He doesn't move the camera all that much. He doesn't cut from face to face in a conversation. He does not tell you where to look. And yet, as a filmmaker, he helps an audience to see with an inner eye, to get fancy about it. (There's a sequence in "Uncle Boonmee Who Can Recall His Past Lives" when a princess swims in a moonlit pool that is unlike anything else I have ever seen, and it stays with me, almost as though it's a memory, a glimpse of something from long ago that I can't quite remember.)

There are things in "Cemetery of Splendour" that remain unexplained, but they are fascinating. There's a shot of people sitting in a little park looking out at a river. Slowly, almost before you realize it is happening, each person stands up and moves to another bench, and then to another bench, or across, in a dance of musical chairs. It's presented as though this happens sometimes in life, reminiscent of Jacques Tati's group scenes in "Playtime," where the mundane transforms unexpectedly into a huge pantomime.

Jen goes to pray for Itt at a nearby shrine, where two mannequins representing princess deities stand behind the altar. Later, while having lunch by herself, two young women come over and sit down with her. They introduce themselves: They're the princesses from that shrine and they heard her prayer, they giggle. In a world where soldiers sleep in uninterrupted paralysis, perhaps because of the influence of ancient kings, anything is possible. In a walk through the woods, there seem to be fragments of Ozymandias-like statues lying in the leaves, relics of past glory from battles long forgotten. I thought of Harriet Beecher Stowe's poem "The Other World," and its vision of the porous border between the living and the dead:

It lies around us like a cloud,
The world we do not see;
Yet the sweet closing of an eye
May bring us there to be.

In one extraordinary sequence, Weerasethakul shows us a series of images: a lit-up billboard on a roadside, a quiet riverbed, the sleeping soldiers, shopping-mall escalators descending, filled with people. He lingers on each one for awhile before he starts to change it, and the changes come imperceptibly at first. The screen slowly starts to flood with different colors of light, green, red, blue, yellow. The crowds of people on the escalator don't seem to notice that suddenly the light is bright yellow and then melting into a dreamy blue. Life goes on as the whole atmosphere changes color. You could interpret this as: the colored tubes in the hospital ward affect people in the waking world. We all live near mystery and mortality but everyday life keeps that fact hidden from us. The interpretation, however, diminishes the power of the sequence. It exists beyond words.

This is the potential of cinema, to show us experiences that lie beyond words. There is value in conventional narrative, and value in a good story told well. But being prescriptive about what cinema is, or what a good story needs in order to be effective, contracts the possibilities of the medium. Who made up those rules anyway? Weerasethakul embodies possibility.

Weerasethakul's other films (most notably "Uncle Boonmee" and "Syndromes and a Century") share some similarities with "Cemetery." The fantastical and surreal are presented with unshowy practicality. It's magical realism mixed with kitchen-sink drama, seasoned by a haunting sense of history as a sentient entity. A "ghost" isn't necessarily a spooky creature moving through walls. A ghost could also calmly sit down at the table and join the conversation. When death is near, the past comes flooding into the present, and sometimes the past bears a message, but how to de-code it? Perhaps it doesn't matter. Perhaps what matters is that we are connected to those who came before, that we honor them, and that we try to hear them. 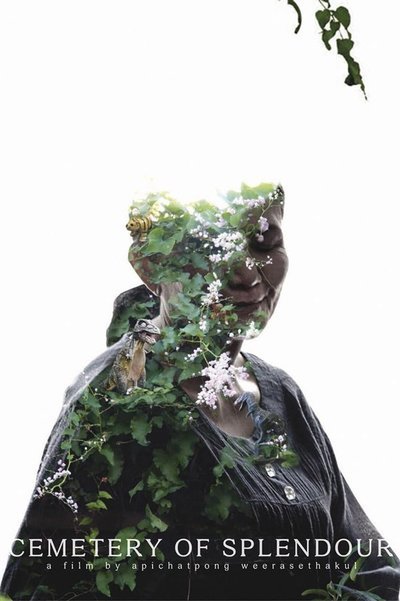