The creators of "Camera Obscura" take a novel premise—a war photographer relives/surmounts PTSD and a creative block with the help of a haunted camera—and do absolutely nothing with it. Director/writer Aaron B. Koontz and his co-writer Cameron Burns don't seem to be interested in developing shy war photographer Jack Zeller (Christopher Denham) beyond a point; the movie's psychologically realistic foundation quickly collapses, giving way to a banal stalk-and-slay horror narrative. You might come to "Camera Obscura" expecting nothing more than a kite-high concept like "camera that photographs future murders." But you too will be disappointed if you expect anything more from the film since its creators do not offer satisfying cheap thrills and/or thoughtful consideration of a veteran/artist's tortured post-war psyche.

Denham does a fine enough job given the thin material he has to work with, but Jack doesn't really go anywhere once he's established. He suffers from nightmares due to his belief that, as a war photographer, he did not work hard enough to rescue the people he photographed. His guilt should be the driving force of "Camera Obscura," but it never seems to even indirectly motivate him. So he goes through a listless routine that should seem familiar to any depressive and/or creative types. He putters around. He scrounges for freelancing gigs. He drinks with a friend. And he goes through these motions with a vaguely distracted air about him (kudos to Denham to giving Jack that veneer of depth).

But things get ... well, less interesting once Jack is gifted with a haunted camera. He puzzles over it at first, but then shoots something like ten reels of photos. This newfound activity gives him a newfound lease on life ... until he tries to develop his film. Many of his negatives do not process at his local photomat (who knew those things still existed?). But several of the ones that do come out OK feature disturbing images of corpses and/or people that simply were not there when Jack took his photos. These literal phantom images are tantalizing, and they drive Jack to investigate. What he discovers is ... that the camera is driving him crazy?

Wait, hang on, that can't be right. Let's try that again. The camera's images are predictions of the future ... and he's so compelled/disturbed by these images that he tries to prevent the murders depicted. But his heroic measures are all ultimately unsuccessful. Like the scene where he tries to pull someone out of harm's way and they wind up getting hit by a bus. I can't tell if this is supposed to be funny, but it's one of the only memorable moments in "Camera Obscura."

So Jack eventually goes crazy trying to prevent senseless deaths from happening, feeling like it's now his obligation to stop what ... he's not really responsible for?

None of this makes sense. I would be onboard if this were a braindead but spectacularly sadistic roller coaster ride like "Final Destination" or its attendant sequels. But no, "Camera Obscura" is more grim/pseudo-serious than that. So, instead of forcing Jack to reflect on his past sins, the haunted camera makes him ... more murder-y. Jack senselessly kills people, though there is no logical progression from passive voyeur to active butcher. His killings aren't enlightening, or funny, or inventive, or even emotionally stirring. They're just dark, and hopeless, and monotonous, and you know what, I'm sorry, but this movie deserves more than a little disdain.

I've tried to rationalize a thematic throughline that makes "Camera Obscura" more than a viscerally dismal experience. I've tried to intellectually process why the movie goes off the rails, and stops grappling with its big ideas. I've even tried to see a way that Jack's behavior reflects deep-seated trauma. But try as I might to talk myself into liking it, "Camera Obscura" just does not work. 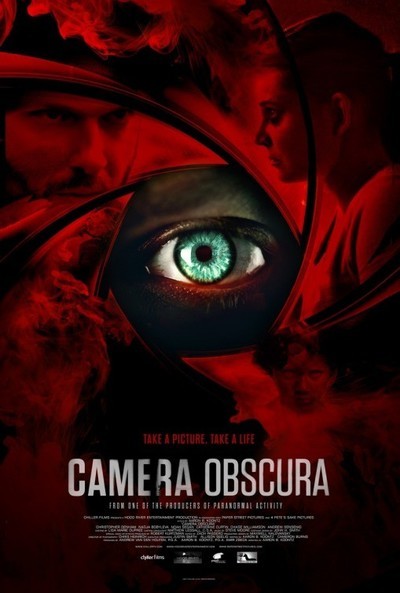