As “Don’t Mess With A Mother” thrillers go, I much preferred this picture to last year’s Halle-Berry-starring exercise in high-octane cinematic ineptitude, “Kidnap.” Gabrielle Union stars as Shawn, a mom of two, but she’s not the first character we see. That fellow is Isaac, a rich Chicagoan—he’s got a full drawer of expensive wristwatches—who goes out for a run one fine morning and is not only flattened by an SUV but has his head stepped on by the unrepentant driver. This starts the film off with a jolt—the vehicular homicide is shown with slightly more panache than the current de rigueur (and cheap) out-of-nowhere shot.

It’s then we meet Union’s character, the daughter of the dead man, and one who’s not spending much time mourning. She and Isaac were not close, but she’s got to dispose of his estate, including the large house and attendant acreage where she spent her childhood, in Wisconsin. She and her kids, tween Jasmine and younger Glover, are gonna spend the weekend staging the place.

The house has memories for Shawn—as they drive past the stables, she tells her kids that her dad got rid of the horses after she moved out. Young computer whiz (of course!) Grover discovers the house has an elaborate security system and he spends some time amusing himself with a drone. The fun ends when the trio—Shawn’s husband and the father of her kids is stuck at the office—discover they’re not alone in the house.

I’ve heard this movie’s plot described as “Reverse ‘Panic Room’” and that’s nifty and not wholly inaccurate. Waylaid by a member of a four-person team of criminals, Shawn is chased by one who she happens to subdue. But the other three, in the house and in search of a safe, can now lock her out and vouchsafe her cooperation by threatening the kids they’ve taken hostage.

The remainder of the crew is moderately to very nasty. Leader Eddie (Billy Burke, who acts in a style that conjures a Martin Starr character that had been popular and confident in high school) is of the “let’s do what we gotta do” persuasion; blond and jumpy Sam (Levi Maeden) is more of a “this isn’t what I signed up for, let’s get out of here” guy. And finally, there’s Duncan, a “kill everything that breathes” type. Not for nothing, but it’s a little peculiar in a film that empowers a woman of color character to see such a blandly broad Latino psycho stereotype. Richard Cabral doesn’t say “Who you trying to mess with, ese? Can’t you see I’m loco?” but I wouldn’t have been a bit surprised if he had.

Once the particulars are established, Eddie lays down a second log line for Shawn: “You are a mother alone at the mercy of strangers. Your greatest weakness is locked in this house with us.” If you’ve seen the poster for this film, or its trailers, you know that such taunts and provocation will only make the climactic line “You broke into the wrong house” that much sweeter.

So, yes, the movie’s predictable, and writer Ryan Engle makes a lot of unforced dialogue errors, as when Eddie, having finally found the safe and managed to open it, beholds its contents and says “So that’s what the American Dream looks like.” There are also plenty of plot holes, which many of my colleagues gleefully dismantled on their way out of the theater. I’m generally not inclined to flex my gray matter in this way, but I was resolved to an improbable ride early on. If Isaac was a criminal (he was) and a court case against him was in progress (it was) his heir would not be disposing of his estate for him. There would be a freezing of the assets and stuff. But you know, whatever. I don’t invest in these movies for a reality check.

And this thriller is not badly directed. James McTeigue has a fleet, efficient visual style that keeps the suspense set pieces percolating. One of his favored devices is a lateral tracking shot, following a character on the move across a hall; the character will stop, and the camera keeps moving, and comes to rest at a position where someone else could conceivably pop out; the shot rests for a couple of beats and nothing happens, then cuts. It’s an effective fake-out strategy. Not effective enough to make any of the movie’s climactic “twists” very surprising, but few directors are genuine miracle workers. 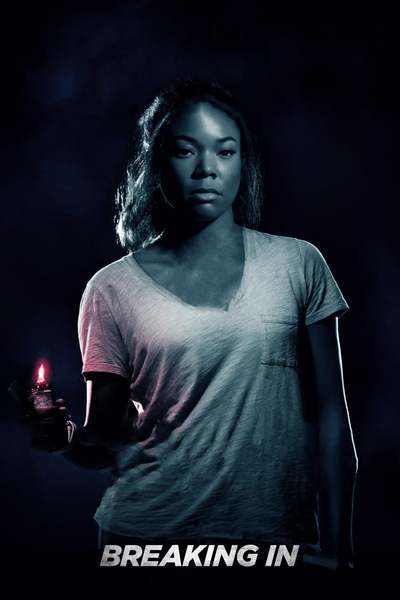