There have been so many screen adaptations, official and otherwise, of Jeanne-Marie Leprince de Beaumont’s classic fairy tale “La Belle et la Bete”—“Beauty and the Beast” to you non-French-speaking types—over the years, ranging from the hypnotic 1946 live-action take from Jean Cocteau to the high-spirited 1991 Disney animated musical (which is getting a live-action remake next year), that anyone daring to attempt to bring a new version to the screen had best better bring something new and interesting. Happily, “Beauty and the Beast,” a lavish live-action French version of the tale that was produced in 2014 and which is finally making its way to the U.S. at long last, has two items of interest to its credit—a stunning visual style and the presence of two of France’s most charismatic stars in the lead roles—and the end result is a sturdy and frequently dazzling version of the material that should leave audiences swooning with delight.

Once upon a time, a widowed French merchant (Andre Dussollier) is forced into bankruptcy after his ships are lost at sea, making it necessary for him to sell his possessions and move to a small house in the countryside with his children, all of whom are fairly despicable aside from his beloved youngest daughter, Belle (Léa Seydoux). While in the city of business, he has to flee from a rotter whom his eldest son owes money and happens upon a mysterious property where he finds a single perfect red rose that he picks to bring back to Belle. The rose and the property belong to a fearsome creature known as The Beast (Vincent Cassel), and he demands one of two things from his intruder—either he spend the rest of his life there as a servant or the Beast will kill his entire family. Belle’s father agrees to become a servant and is given one day to say goodbye to his children. After hearing what has happened, a guilt-ridden Belle commandeers the enchanted horse that her father rode in on and goes off to the Beast’s castle to take his place.

Once there, the Beast agrees to the switch and gives Belle beautiful dresses and the run of the place as long as she returns every night in order to have dinner with him. He inquires as to whether it is possible that she might ever love him, a proposal that she violently rejects. After a while, however, her feelings towards him begin to thaw slightly and she has a series of dreams that seem to portray the castle in its former vivid glory while explaining the sad story of how the Beast came to be. Eventually, Belle is able to convince him to let her return home for one night to see her father—if she doesn’t return, he darkly intones, he will die from the loss. Unfortunately, her older brother hears the story, surmises that the castle is filled with riches and sets off with some others to kill the Beast and steal its treasures. By this time, Belle realizes that she does indeed love the Beast but will that love be enough to save him from the impending attack?

The film was directed by Christophe Gans, a French filmmaker whose past works have included such boldly eye-catching works as “Brotherhood of the Wolf” (2001), a wild kung fu/horror/French Revolution hybrid that contained an immortal visual pun in which a shot of Monica Bellucci’s bare breast faded into a shot of a snow-capped mountain peak, and “Silent Hill” (2006), a screen version of the video game that proved to be as visually striking as it was narratively incoherent. Like so many filmmakers today, Gans wants to dazzle viewers with practically every scene but unlike so many of them, he has the vision to actually do it. With this film, there is hardly a moment in which the screen does not contain some kind of nifty visual—ranging from elaborate set pieces to tiny throwaways stuck in the margins—but, unlike so many F/X-heavy epics of late, he presents them with enough care and flair so that they never grow wearying. Even the heavy use of CGI is less bothersome here than usual because he deploys it in an imaginative manner for the most part. You’ve heard of some films that have been described as a feast for the eyes—this is more of an all-you-can-eat buffet that most viewers will want to happily indulge in for a long time before they finally begin to feel sated.

That said, “Beauty and the Beast” is more than just an orgy of lavish special effects thanks to the efforts from the two leads. Seydoux, who delivered one of the most electrifying performances in recent years in “Blue is the Warmest Color,” may seem like an odd choice at first to play Belle because of the tough and no-nonsense roles that she is known for but she proves to be surprisingly endearing here in the part in the way that she makes her character come across as good and pure and true as well as being strong and direct in her dealings with the Beast. As the Beast, Cassel is at a bit of a disadvantage at first as his character is somewhat weakly introduced but his performance improves mightily during the genuinely moving flashback sequences in which we see how the Beast came to be.

“Beauty and the Beast” has a couple of slight hiccups to it that are presumably borne out of Gans’s preference for purely visual storytelling over traditional narrative—the story kind of rushes through the development of the actual romance between Beauty and Beast a little too quickly for its own good and some of the machinations during the action-filled climax are a tad convoluted. There is also the inescapable fact that, for all of its numerous glories, this version pales in comparison to Cocteau’s masterpiece. (Of course, that could be said about virtually every other film produced in the whole of cinematic history, but never mind.) That said, Gans and Co. have given us a sumptuous and highly watchable take on the story that is a more than worthy work in its own right. It may be a tale as old as time, as the song goes, but this film breathes beautiful new life into it. 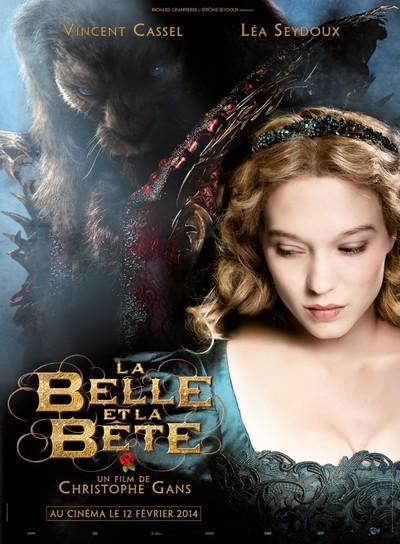 Rated PG-13 for some fantasy violence, sensuality and partial nudity.