“Beautiful Beings,” the sophomore film from writer/director Guðmundur Arnar Guðmundsson, has been chosen to represent Iceland at the Oscars this year. Given its themes of teenage angst and topical exploration of the rising violence amongst the youth of Iceland, it’s easy to see why this coming-of-age drama was chosen over the far-superior, yet more challenging period piece “Godland” from director Hlynur Pálmason. In his bleak film, Guðmundsson combines the kitchen sink drama of growing up in a cycle of violence and/or poverty and the magical realism of teenage fever dreams, with mixed results.

We first meet outcast Balli (Áskell Einar Pálmason) as tight, fluid camerawork follows him as he sulks his way through a school hallway into a classroom, a teacher remaining just out of frame. This technique puts the audience squarely in Balli’s miserable shoes, recalling the style of Andrea Arnold, although Guðmundsson and cinematographer Sturla Brandth Grøvlen forgo Arnold’s signature Academy ratio for a wider frame, dulling its impact. However, this stylistic flourish is abandoned early in the film after bullies follow Balli home after school one day and beat him so severely that he makes the nightly news about the rise in Iceland’s violent youth.

Here the viewpoint shifts to Addi (Birgir Dagur Bjarkason), whose voiceover description of a troubling dream about his friends opened the film, watching the news on the television with his new age-y mother Guðrún (Anita Briem). Her heartfelt concern for the child is met with apathy from her son, who calls the bullied boy a nerd. Yet, the next day Addi and his buddies Konni (Viktor Benóný Benediktsson) and Siggi (Snorri Rafn Frímannsson) discover Balli, face now with a protective face mask obscuring his wounds, sitting alone in a field getting drunk on moonshine while contemplating ending his life. After bumming a cigarette, insulting him, and encouraging him to binge drink, this band of misfits welcomes him into their gang.

Each boy comes from a broken home, unhappy in the unique ways described by Tolstoy. And though each boy's backstory is told via Addi’s voiceover, the film mainly focuses on the burgeoning relationship between Balli and Addi. Something about the neglected boy brings out the protector in Addi, whose biggest problem is that his divorced, but well-off parents believe in UFOs. Pálmason and Bjarkason, the young actors playing Balli and Addi, craft palpable push-pull chemistry, both boys unsure how to express the feelings they have for each other in any way beyond violence and insults.

In the latter half of "Beautiful Beings," Addi’s dreams become waking nightmares and premonitions, adding a supernatural layer to his story. Unfortunately, there isn’t much originality here either, though it's nice to see what appears to be an homage to Nietzchka Keene’s 1990 fantasy film “The Juniper Tree” starring a young Björk. Guðmundsson struggles to add cohesion to clashing tones, ultimately abandoning both magical and kitchen-sink realism for the film’s cloying final sequence.

Although Guðmundsson coaxes strong performances from his young leads, “Beautiful Beings” remains largely a missed opportunity. While its unflinching use of violence will provoke audiences, there isn’t much else here by way of insight into the lives of those at its uncomfortable center. 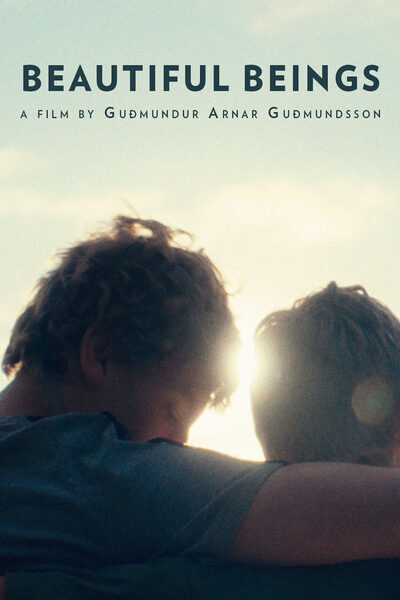