This movie, written and directed by Aaron Nee and Adam Nee, opens with the “Notice” from Mark Twain’s “Adventures of Huckleberry Finn.” You know (well, I assume you know), the bit about “Persons attempting to find a motive in this narrative ... ” and so on. The thing an English teacher would tell you was ironic or satirical or something. At this point you might be thinking, “What’s this movie called ‘Band of Robbers’ got to do with Huck Finn anyway?” and soon enough it answers your question.

It’s a story of Huck Finn and Tom Sawyer, only it’s transposed to the present day, set in some unspecified sun-drenched place that’s not the American South as depicted in Twain’s work. And, Huck and Tom are now young men. And the “band of robbers” title isn’t from out of nowhere, the phrase does appear in “Adventures of Tom Sawyer” in a scene where its title mischief-maker suggests the formation of “Tom Sawyer’s gang.”

Does this sound to you like a good idea? If yes, maybe you’ll enjoy this movie more than I did because I think it’s a bad idea that’s badly done in at least two ways, maybe three, but however many there are they’re all fatal. The movie opens with a flashback of Tom and Huck as boys, with Huck reminiscing “Tom was the closest thing to a real family I had. He saw a world where we were just one adventure away from all our problems disappearing.” This sounds neither like Twain’s voice for Huck Finn, narrator, or Twain’s own close-third-person prose as used in “Tom Sawyer.” Get used to that. In this film’s universe, adult Huck (Kyle Gallner) is a soulful and perhaps reluctant reprobate coming off of a prison stint, while Tom (co-director Adam Nee) is a cop who uses his position as a cover for trouble-making, all of it, in this case, centered around treasure-seeking. The treasure-seeking is of course a theme in Twain’s original tales, and the film’s first half-hour finds Tom engineering a pawnshop robbery scheme that plays out as a very poor imitation of Wes Anderson’s “Bottle Rocket.” Nee’s vocal inflections even take on a touch of Owen Wilson during the attempted comedy of Tom explaining his master plan to his dumber-than-he-is accomplices. The actual robbery is complicated when Tom gets saddled with a new partner on his beat the very day of the robbery. She’s the daughter … wait for it … of a powerful figure in the town … yes … it’s Becky Thatcher, played here by Melissa Benoist, now TV’s “Supergirl,” which may end up the sole reason this movie winds up being cited any time anywhere. Yes, Hannibal Buress is also in the cast, but he’s so relentlessly poorly used you tend to forget that, or want to forget it, for his sake.

In any event, once the poor impersonation of “Bottle Rocket” is over, the Nees turn back to Twain. Not his prose style, or his humor, but rather his plotting and his use of racial stereotypes/conventions. The new-fangled character of Injun Joe, played by Stephen Lang, who must have gotten tired of cooling his heels waiting for those new “Avatar” pictures to start shooting, is given a whole new “cultural appropriation” bag. This is problematic, not because it’s politically objectionable, but because it sucks. Other innovations include the actual cave where the problematic climax of Twain’s work occurs changing into a motel called “The Cavern.” The Nees clearly want the liberties they take with Twain to constitute some sort of commentary on the work and its place in American culture, but their observations aren’t particularly smart or well-constructed or well-executed. Not that they would have necessarily been better off just making another bro-crime comedy-drama, but … well, I don’t know what they might have been better off doing, frankly. “Band of Robbers” just plain doesn’t work, to the extent that I’m almost regretful that the attempted schoolroom bans on Twain’s work weren’t more effective over the years, as they might have spared me watching it. 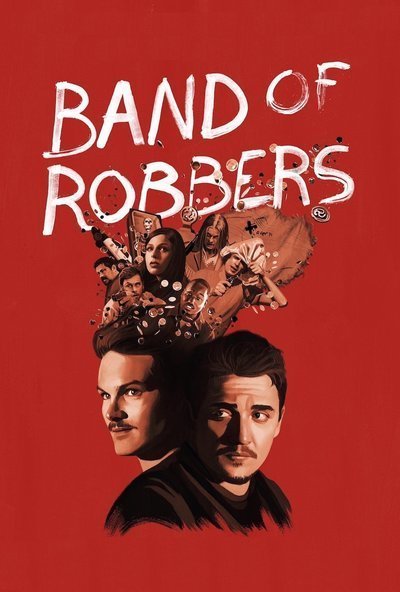