"As I AM: The Life and Time$ of DJ AM" plays the same sad song of Bill Evans, the late Prince and countless others: a ballad about talented, influential creators who took their music to another level while dealing with destructive addiction. With a proper focus, both on the specific and universal, this type of tale can have its unique soul, proven here by this emotionally gripping doc about Adam Goldstein, known in the turntable world as DJ AM.

Director Kevin Kerslake explores Goldstein’s life, providing a full portrait of a person who signifies a huge change in modern music. He was a symbol of a pop period, his mash-up style of mixing one pop song with another a type of innovation for clubs that played repetitive house music, creating a type of artistry not commercially measured in album sales but gig paychecks and the star status of celebrity clientele. To Kerslake's credit, that last sentence was written with great help from his documentary, which proves to be equally informative and inclusive about its focal art and artist.

With an endless amount of talking heads (including every notable DJ one can think of, from Steve Aoki to Diplo to Jazzy Jeff and beyond), Kerslake provides a full portrait of a friend, innovator, drug addict, sobriety advocate, sneaker fiend, plane crash survivor and icon of the scene. Goldstein says he is a person of extremes, whether it's work ethic, shoes or anything else. Kerslake’s assembly matches this with a head-first dive into Goldstein’s world, covering so many different details with so many different personal testimonies, from the life narrative of his childhood obesity to his cameo in Jon Favreau’s “Iron Man 2.”

As with many success stories, the focus on DJ AM as a "the first rock star of hip-hop DJs" makes for a few flat passages, that dumb dollar sign in the title revealing bits of tackiness. And the story does have a heavy coating of testosterone; when DJ Samantha Ronson calls him "a total dude," it is both darkly funny and urgent about the scene. But Kerslake keeps the film grounded to his selflessness as a person and his work ethic, perhaps even spending a few too many minutes on how great a guy he was (to his homies, at least).

For fans and non-fans, "As I AM: The Life and Time$ of DJ AM” is a curious look into a different breed of music brilliance. Up-close performance footage shows his technique in the booth, scratching up records with sprightly fingers on the dials and switches; we hear a mash-up come together, allowing us to appreciate the assembly and the pay-off when two completely different pop songs share a tune.

Keeping with the shaping form of its music, music video director Kerslake treats it with a busy pop aesthetic. Also working as his own cinematographer, he captures some vivid imagery for his B-roll, like a turntable going up in flames to create original expressions on Goldstein's drama. Footage from outlets like Hollywood.TV prove more convenient than revealing of the doc's limits; it has the content but not the type of resonating commentary about the fame and access that ultimately had a negative effect on DJ AM. Of all moments, shots of DJ AM's funeral are invasive, and don't have the same type of tragedy as a similar private moment stolen by cameras later used in the similar "Amy."

One impressive narrative decision involves spending the last 40 minutes on the last year of DJ AM's life, as compared to the last 34 years covered in the first hour. Kerslake focuses on his PTSD from a plane crash in 2008, when he was in spotlight as an anti-addiction advocate on an MTV show while privately trying to stay sober on prescribed pain medication. In its distinct offering to a field of musician bio documentaries, Kerslake's film offers a raw body-and-soul tale of fighting addiction. 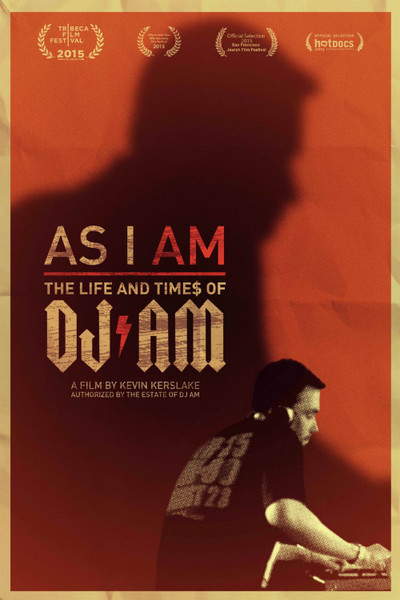