We’ve all heard possibly apocryphal stories about artists such as Cézanne sneaking up to their own paintings in the Louvre and getting down to revising them. To some artists, work is never done. In American film, two of the most insistent self-revisers are George Lucas and Francis Ford Coppola, friends and sometimes collaborators, often of the same mind about changing their minds about some of their signature achievements.

“Apocalypse Now” is a movie that drove Coppola to the brink of both financial ruin and actual madness. The spectacularly ambitious grafting of Joseph Conrad’s Heart of Darkness to the historical quagmire of America’s disastrous military campaign in Vietnam was always a spectacular sprawl, a maximalist spectacle. Its first release was two-and-a-half hours, an overwhelming psychedelic horror vision of will and inhumanity. “Apocalypse Now Redux,” released in 2001, was over three hours, more diffuse, more of a thematic and narrative incoherence, but also mostly galvanically hallucinatory. And now we have “Apocalypse Now Final Cut,” hitting almost exactly the three-hour mark. It’s also a 4K restoration from the original negative, with newly remastered sound. If you’re going to see it—and you absolutely should—you ought to see it in a theater that’s optimized for Dolby Vision and Dolby Atmos.

At a Q&A after a press screening of this version, one of the Zoetrope tech guys told the story of how Coppola actually approached then-Universal head Lew Wasserman and asked to “borrow” the “Sensurround” technology the company used for the disaster movie “Earthquake.” Sensing a chance to salvage some revenue, Wasserman offered Coppola outright rights to the tech for a million, which Coppola did not have. However. With Dolby Atmos, the sound wizards have devised a soundtrack that does, indeed, in the properly kitted-out theater, rumble your seat. It’s both preposterous and awe-inspiring. And the picture restoration has both healthy grain and increased heft in the color.

As magnificent as the movie looks, sounds, and feels, this cut expands upon and unpeels the movie’s weaknesses both as story and meditation on Vietnam. It’s a trimmed-down version of the “Redux” cut’s structure. It excises the ghoulish, morbid sex-with-the-Playmates scene, but retains the stealing of Colonel Kilgore’s surfboard and the French Plantation scene.

Some devotees of the movie complain that the former scene shouldn’t be in any cut, because the shots of Martin Sheen’s Willard grinning like a frat boy as he engages in shenanigans with the other members of the PT boat crew “humanizes” the character too much. You could just as convincingly argue that it rounds the character out, but my main objection to it is that it just dangles a plot point without any interest in its resolution—something even the first cut of the movie did a smidge too often.

As for the French Plantation scene, aside from shrugging off the urgency of the quest to get to Kurtz’s compound, it does have some things to recommend it. The sequence is eerie, tense and sensuous, like a widescreen color collaboration between Luchino Visconti and Val Lewton. It’s fascinating too, in its real world cinema semiotics; it was on the set that actor Aurore Clemente met Coppola’s longtime collaborator Dean Tavoularis, and the two subsequently married. One of the decaying Frenchman is played by Christian Marquand, who was once among Brando’s closest friends (it was as a favor to Marquand that Brando appeared as the guru in the artistic and box office disaster “Candy,” which Marquand directed). But he scene adds no coherence to the already wildly spinning story; in fact, it adds to its incoherence. It’s really the only scene that tries to come to grips with the narrative of the Vietnam War, the reality of colonialism. And it can only deal with those topics with a facile imagistic simplicity, with a cracked egg metaphor that’s almost offensively tired. It underscores the other ways that “Apocalypse Now” fails as a consideration of Vietnam.

Adapting Heart of Darkness means finding analogs for Conrad’s Congolese, and bringing in Vietnam’s indigenous people to substitute for them is historically inaccurate and indulges in movie-savage clichés that were grotesque in silent cinema. The misconception of the Montagnard is an unforced error in the movie, while the narration written by Michael Herr remains a noble effort at balancing the film’s phantasmagoria with some authentic grunt perspective. And of course the business with the “fucking puppy” remains an eye roll.

And yet the movie still dazzles, and contains some genuine nuggets of philosophical provocation. It doesn’t answer the question “Why are/were we in Vietnam,” but what Western work of art or reportage truly has? As for the question “Why did Francis Ford Coppola delve into the jungles of the Philippines, endangering himself and everyone around him,” this film definitively answers it. It’s the only question the film really can answer, after all. 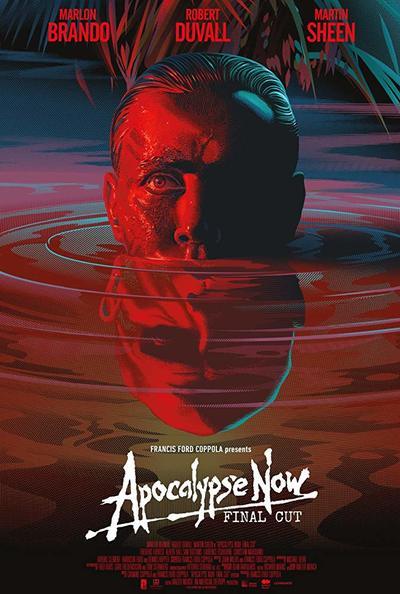 Rated R for disturbing violent images, language, sexual content and some drug use.

Sam Bottoms as Lance B. Johnson