This is an exemplary high-concept contemporary sci-fi film. We begin with a doomed earth, spiraling into economic doom. A shuttle brings a group of lucky passengers out of Earth’s atmosphere and on to a giant craft called Aniara. This craft at first seems a delightful space-floating hotel and shopping mall, a delightful way station before a new home on Mars. Only one problem. Shortly after setting space-sail, space debris smashes into one of the craft’s reactors. The captain has to jettison the ship’s nuclear fuel supply. The craft and its passengers must now float until—so the ship’s captain tells everyone— they happen upon a gravitational field that will allow them to get back on course. If that sounds fishy to you, well your suspicions are well-founded.

As it happens, “Aniara” is not entirely contemporary. It originated as a Swedish epic poem, in 1956, by the Nobel Laureate (as of 1974, at least) Harry Martinson. It was adapted into an opera by Karl-Birger Blomdahl in 1959. It was made into a film before, in 1960. It has inspired more than one prog-rock album.

This film, written and directed by Pella Kågerman and Hugo Lilja, initially has a distinctive flavor of the now, or the not-too-far-from now. The central character here is a woman known as the Mimaroben, played by Emelie Jonsson. She’s in charge of a special room on Aniara, called the Mima, which contains large color-pulsating panels and creates a “Mima pillow” for each user, a virtual reality of their own memories. (The first of such images we see are of billowing aquatic plants not unlike those in an early section of Tarkovsky’s “Solaris.”)

A sort of empath but also an independent, iconoclastic thinker, “MR,” portrayed in a tireless performance by Emelie Jonsson, at first seems to roll with the punches of Aniara’s circumstance. The movie divides into chapters. At “Week Three,” folks are getting a little sweaty, despite having been told that the rudderless quest for a celestial object could well take up to two years. The ship has onboard algae manufacture so food is apparently not much of a problem even though gourmet dining might be. But then we jump to year three, and the ship has a new dance craze. Year Four is subtitled “The Cults” and climaxes with a large-scale lesbian orgy in which MR is the main object, in retaliation (sort of) for her unilateral action after the Mima room began to malfunction.

All this is pretty scary and dispiriting in a slow-motion all-gender “Lord of the Flies” sort of way. The production design by Linnéa Pettersson and Maja-Stina Åsberg is, in keeping with a great European sci-fi mini tradition, a lot more credible and interesting than that of a mainstream Hollywood effort like “Passengers.” And the fly-on-various-walls tenor of the direction is aided greatly by Sophie Winqvist’s cinematography.

What it all adds up to is a bleak “in space no one can hear your silent scream of existential despair” project. It’s bracing to be sure, but those looking for more positively aspirational fare will have a hard time. 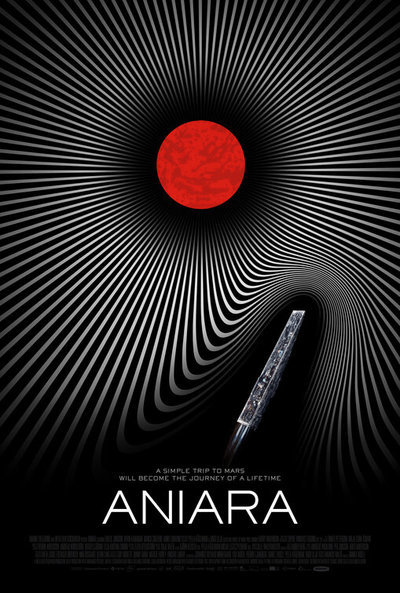 Anneli Martini as The Astronomer

Jamil Drissi as The Intendent