One can learn a good deal from watching "Among Ravens." Those viewers keen on noting the passing of historical time will find out, if they didn’t know already, that the demographic sometimes known as “Generation X” is now old enough to warrant its own "The Big Chill"-wannabe “what happened to our values and aspirations” movie. Viewers keen on birds will learn an awful lot from the movie’s pivotal character, Chad, a self-described “nature filmmaker,” a bit younger than most of the film’s adult characters, who is deposited into a group of pals chilling at a prime piece of real estate porn over a July 4 weekend, and who—when he’s not being kinda-sorta Asperger’s ish (the character’s symptoms, which are depicted in glossy movie generalized tics to begin with, are ultimately meant to signal a kind of mystic presence)—drops some choice morsels of science about our flying friends. Much of this information is intended to work as metaphor. As in “if the baby bird is unfeathered, you can look for a nest…and if you find it, you can bring it home.”

The movie is also apt, though, to bring up some questions in the mind of a viewer. I myself was kind of curious as to how, at a time when it seems so many of the best film directors are moving over to television because the feature filmmaking process can’t accommodate their artistic ambitions, this pompous, know-something-ish, navel-gazing, indulgent, pissy, priggish, albeit reasonably well-photographed, pile of sick got financed to completion. Because "Among Ravens" is, finally, a thoroughly noxious concoction.

“Ravens were once among the most colorful of birds,” begins the narration from the young girl Joey (Johnny Sequoyah, the best performer in the movie). Joey sees her extended family as raven-like. Her biological dad, a best-selling author named Saul King, who refers to himself as “The King,” lists “An Unkindness of Ravens” as among his tomes. So the metaphors, you see, start hitting right off the bat, as the movie introduces a schlubby life-coach character (Calum Grant)  and his super-post-hippie-dippie teen girlfriend (Castille Landon, playing a terribly unappealing variant on the Meg Tilly character in "The Big Chill"), Joey’s conflicted-about-being-bourgeois mom Wendy (Amy Smart), Wendy’s strapped-for-income but not-wanting-to-show it husband Ellis (Joshua Leonard), all bantering and trading success stories until oddball Chad (Will McCormack) comes along. The stranger-who-upends-the-lives-of-complacent-characters trope is one with long cinematic history, and as soon as you get a long look at McCormack’s goofy mug you hope this isn’t going to be a "Teorema"-style seducing scenario. Thankfully, it is not. Chad shakes things up just by acting inappropriate (inappropriate enough that in a plausible scenario, Ellis would have been driving him to the nearest Super 8 about three minutes after Chad had showed up in his dining room) and then being strangely “wise,” just like little Joey. The tyke has her big moment of gravitas when, after her mom compares life to a garden and explains that sometimes you need to pull out the weeds, she asks, “Who decides what’s a weed?”

Well, there’s another worthwhile question, I suppose. For this viewer, the distinctions between weeds and ravens and bad actors (the most egregious offender is co-director Russell Friedenberg as Saul King; his envy of Justin Theroux’s career is palpable in his ever macho sneer) had turned entirely academic by this point in the film. Early in my notes, I put down that, unlike "The Big Chill," this movie doesn’t feature a suicide. Eventually—spoiler alert—the movie proved me wrong. I can only say that I’m happy it wasn’t me, although I was getting close. 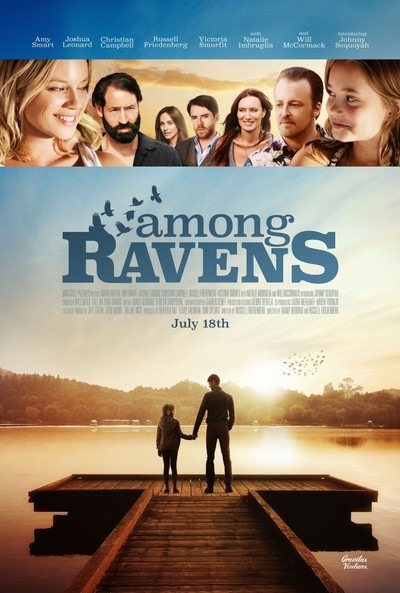