All the Boys Love Mandy Lane

"All the Boys Love Mandy Lane" is probably more famous for its tortured exhibition history than for the content of the film itself. The teen horror flick premiered at the Toronto International Film Festival in 2006 and is only now seeing the light of day, after various distributors juggled it about and delayed its release.

"Mandy Lane" is also the debut feature from director Jonathan Levine, who went onto greatness with "50/50" (and had mixed results with "The Wackness" and "Warm Bodies"). And it features a young Amber Heard in an early starring role as the title character, a high-school goddess who's a tantalizing mix of beauty and purity. So there's a bit of a cult fascination about this film, or at least a curiosity, among a certain segment of fervent moviegoers—or at least horror aficionados.

Its attempts at examining and subverting the well-worn conventions of the genre in the script from Jacob Forman might have seemed more novel seven years ago. But by now we've seen this approach executed much more effectively—and thrillingly—in films like "The Cabin in the Woods." While some of the kills are sufficiently clever and gnarly, "Mandy Lane" is never particularly frightening. And the twist at the end raises the wee issue of character motivation—or lack thereof.

The film begins with the legendarily untouchable title character walking down a school hallway in slow motion. (Levine is one of the many boys who love Mandy Lane, and who could blame him?) Her only true friend seems to be the scrawny, nerdy Emmet (Michael Welch). That night, the two reluctantly attend a pool party where everyone hits on Mandy Lane, including the idiot-jock host, who goes beyond throwing himself at her to get her attention. He throws himself into the swimming pool—with disastrous and bloody results.

Right there, Levine promisingly sets a dark and disturbing tone. But the vast majority of the film, which takes place nine months later, is a rather standard depiction of the bad kids trying to corrupt the last American virgin. A classmate (Aaron Himelstein) invites her to join him and his hard-partying pals (Whitney Able, Melissa Price, Edwin Hodge, Luke Grimes) at his Texas ranch for the weekend; shyly, she says yes in hopes of making new friends.

But it's clear to us—as it should have been to her—that these are the dangerous, popular kids. Before they even reach the ranch, they've stolen a keg, passed around several joints, snorted lines of Adderall in a gas station bathroom and pleasured each other in the back seat of the car. Mandy politely and consistently abstains. Their debaucherous behavior is so knowingly over-the-top, it almost plays like a parody of teens gone wild. Yet Levine maintains a pleasingly grungy atmosphere, regardless of the setting, resulting in images that are both lovely and nightmarish.

It's quickly established that there's no one around for miles, except for a mysterious and hunky ranch hand named Garth (Anson Mount) who minds the property. And almost as quickly, the rowdy teens find themselves being picked off, one by one, in gruesome fashion, as is wont to happen when teens go off for a weekend in the middle of nowhere. (Who knew a shotgun had so many uses?)

Through it all, Mandy stays reserved and cool-headed. She shows only a few glimmers of recognizable humanity when she flirts nervously with Garth as part of a game of Truth or Dare, but there's not much to her beyond her curvy, all-American good looks and her innocence.

The big reveal of the killer's identity comes a little more than halfway through the film, but there are more revelations in store which don't exactly work. Mandy remains more of an idea that a fully fleshed-out human being, and while that's the point, that also becomes problematic from a logic standpoint during the film's eventful final act. Everyone wants a piece of the elusive Mandy Lane—and as it turns out, we can't have her, either. 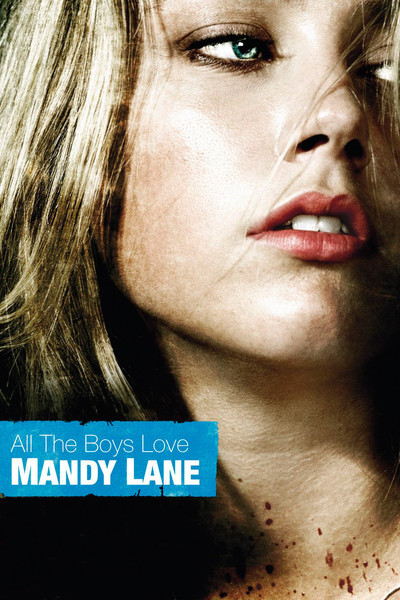