A Good Woman is Hard to Find

The sight of Sarah Bolger’s bare neck and shoulders flecked with rivulets of blood and bits of human tissue is a riveting one, hence an apt hook on which to begin this unrelenting thriller. Here she’s about to try to shower off the matter, and she does so with a matter-of-factness that suggests she’s not anybody’s guilt-ridden Lady Macbeth. She’ll shed blood if she has to, and over the course of this picture she’ll get pretty good at it.

The movie flashes back to the not-so-vague miseries of this character’s life—she’s also named Sarah—not too long before. She’s a new widow! Her husband was mysteriously murdered! The youngest of her two children has stopped talking! Her own mother is a scolding drudge! People in her council flats development think her husband was a drug dealer! And so on. Things get markedly worse when a real drug dealer, the tattooed and mouthy Tito, storms into her place trying to avoid some kind of trouble and decides that her joint would be not just a great place to take a nap but to store some narcotics he’s nicked from a local crime lord. “It’s not east, what we do,” Tito—who has apparently adopted his name from that of the Eastern European leader, or something—petulantly protests to Sarah, a little before trying to rape her. This does not go well, for him.

“A Good Woman Is Hard To Find,” directed by Abner Pastoll from a script by Ronan Blaney, is not the glib girl-power vengeance fantasy it could well have been. It’s not as easy as that, but you actually kind of wish it were a lot of the time. Sarah is not a natural born killer, nor a wunderkind at dismembering a corpse, which she is compelled to do at one point. She’s also not quite as exemplary a moral actor as one would wish. Eventually the local crime lord who’s searching for Tito picks up his scent near Sarah’s place, and when he and his thugs start menacing Sarah, a couple of noble sanitation workers come to her aid, and she just runs off with the kids and allows those fluorescent-yellow-jacketed knights take brutal beatings.

But then again, consider what Sarah’s up against. At one point the cops come into her place and turn it upside down for the express purpose of messing with her. As Henry Fonda put it in John Ford’s “My Darling Clementine,” “What kind of a town IS this?”

It’s a town whose local crime lord—played by Edward Hogg, whose name suggests exactly what he does with his screen time—unfortunately, talks like a character in a bad Tarantino knockoff, asking one of the lugs he tortures to give him an example of a metaphor and then inflicting great pain when the kid replies with a simile.

I cannot lie, though. As cranky as much of the movie made me, Pastoll, Blaney, and especially Bolger all contrive to deliver as satisfying a climax and dénouement to this saga as one could hope for. So there is that. 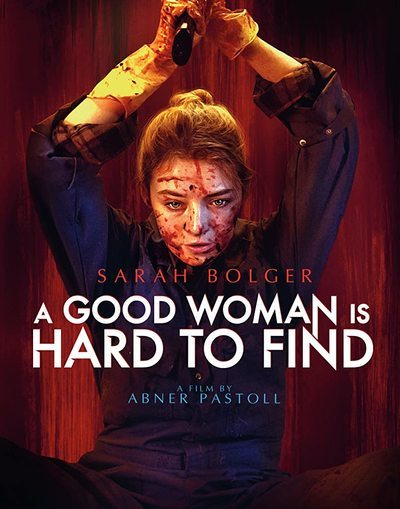