Overcoming No: Gina Prince-Bythewood on "Beyond the Lights"

Gina Prince-Bythewood first emerged as a formidable talent at the turn of the century with her heartfelt directorial debut, “Love & Basketball.” Since her 2000 gem, she has continued to grow as an artist, writing various episodes of television and adapting Sue Monk Kidd’s New York Times best seller “The Secret Life of Bees” into a critical and commercial success. Her latest film, “Beyond the Lights,” is yet another example of Prince-Bythewood creating a piece of uncompromising and thoughtful art within the Hollywood system (and do make sure to read Rebecca Theodore-Vachon's essay on the role the film plays in this year's wave of Black female directors). She sat down and spoke with RogerEbert.com this week about the paucity of people of color in the multiplexes, the difficulty of pitching this movie to studios, and why she’ll never tamper with her art.

Your film is very much tapped into the present, especially in the way Noni interacts with her fan-base.

Twitter and social media have so changed the game for filmmakers, but especially for artists. It shrinks the world and gives chance to feel like they know you. But it's a blessing and a curse. It can help build you up, but there's also such anonymity. We touch on it in the film, but the fact is people forget artists are people, and when you're sending out a disparaging tweet or something rude there's actually a person sitting and staring at that. Again, it's a way to connect with your fans and hear all the great things, but then you're also going to have to take the negativity as well. People out there feel emboldened to say anything and it can be damaging. 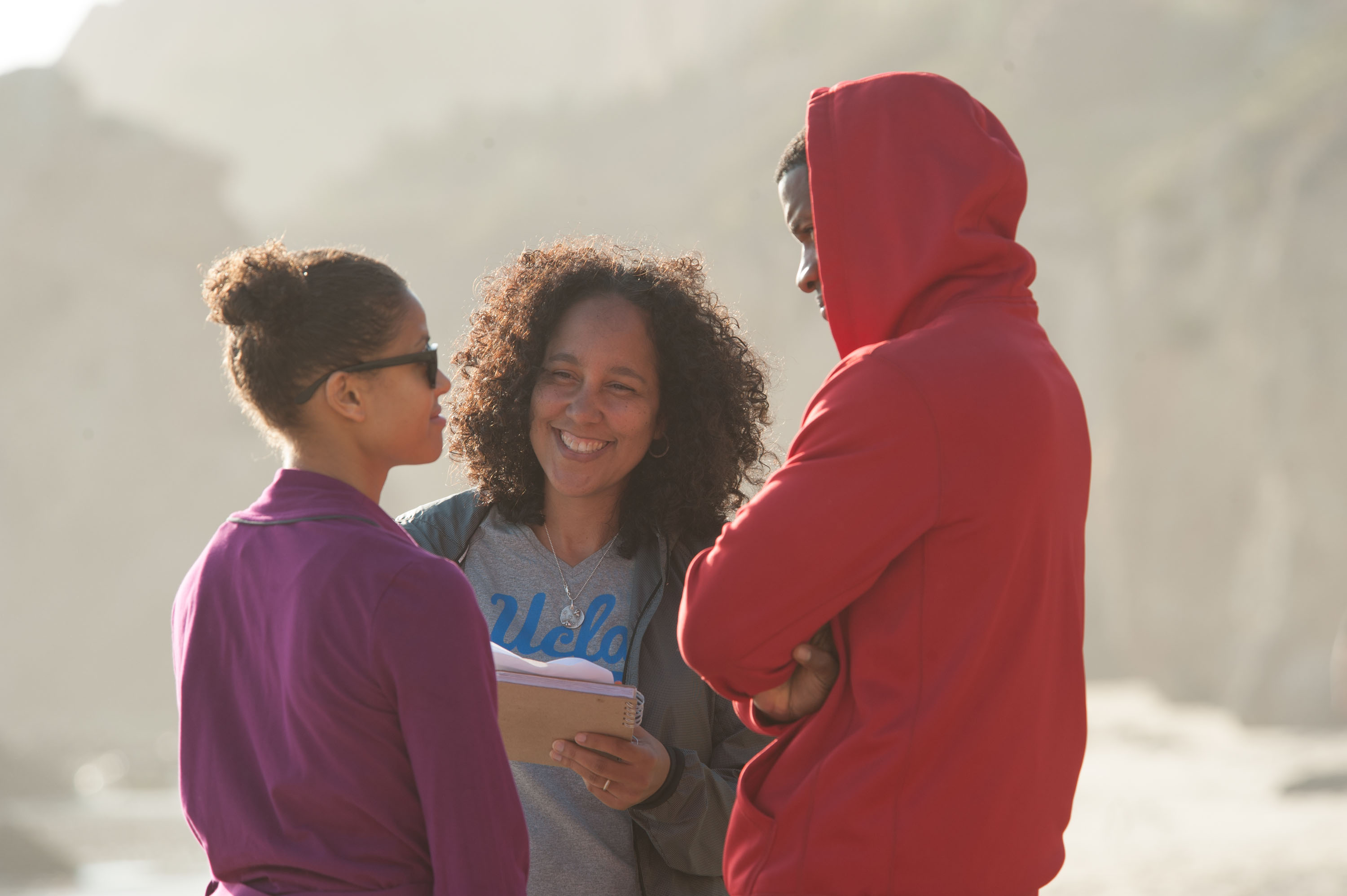 Yeah it certainly can be damaging. The anonymity is the most terrifying element, but you seem to really enjoy interacting with your audience via Twitter. Very appreciative.

Honestly, I'm grateful that anybody takes a moment out of their lives to make a comment on the film or talk about their excitement. If they took the time, I can take the time to thank them for that.

I think that's a good philosophy. Where does your connection with the material come from?

I love writing and directing because it's great therapy. Every project I've done there's been a personal connection. This one is really dealing with some self-worth issues, which I put into Noni—not only as an artist in wanting to have a voice and struggling to find my voice, but also on just a very personal level on the issues of suicide with a close friend of mine and trying to understand that someone could be in such a dark place. I just wanted to put out in the world the message of "Choose Life." And I hate that I was able to draw on that, but I think when you draw on something personal it makes it more truthful and more specific. And I think specificity is what people respond to.

I didn't get the sense that you were monetizing suicide. It seemed to come from a very genuine place.

You know, I've never had the desire to just entertain. I really want to be able to say something with my work, and the fact that we have a platform with the film. Films really can change a conversation and change someone's thinking and perception, especially with people of color at the center, it rarely happens. I think it's important for both the community but also the world to see people of color in all genres, especially love stories. 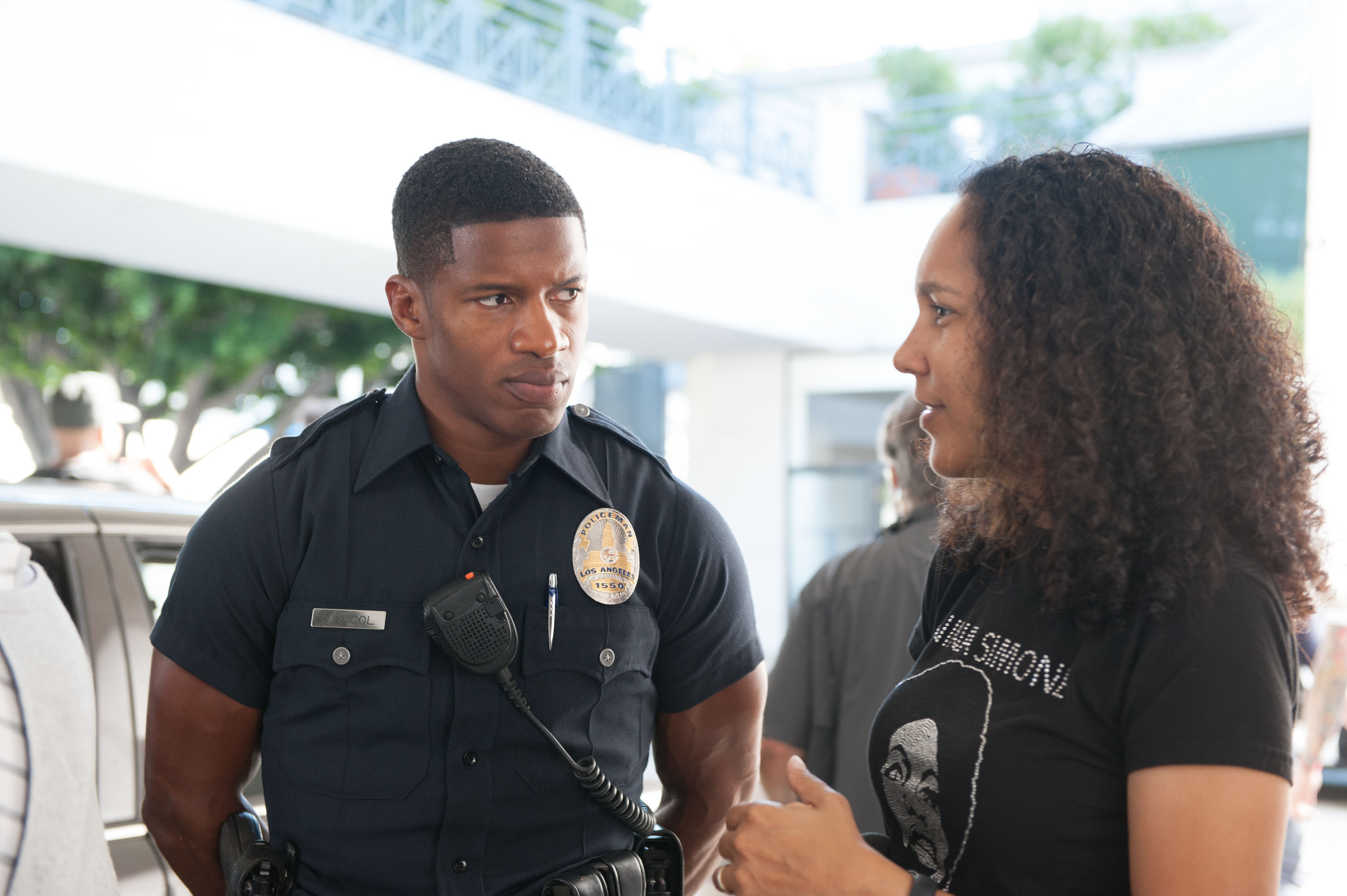 How is there still so little diversity in Hollywood, both in front of and behind the camera?

Behind the camera, it makes no sense. In front of the camera, it makes no sense. It just boils down to who is making the decisions. Every studio turned this film down twice. I was told that it "felt too small" or asked if I'd considering casting the male lead white? It was just a matter of them not seeing. Not connecting. It just wasn't what they wanted to put out in the world. It's disheartening, trust me, to sit in a room as a black female to hear that your story is not worthy of production. And I would hear that over and over and over. For me it was just about overcoming "no" and finding that one "yes." Relativity was the first studio that I sat in and heard my choice of Gugu [Mbatha-Raw] and thought she was a star like I did. And we were all on board with me casting Nate Parker. It's a tough thing as a filmmaker to deal with, and it happens on every film that I've done in terms of the love story. But it's worth the fight because we have to get more stories out there and put people of color in every genre so that it becomes normal. The fact that me as a black female can go through "The Notebook "and fall in love with these characters, my hope is that everybody can do the same with my film. It's a universal story.

It's saddening and frustrating to think about a studio telling you to cast a white man instead of Nate Parker.

Yeah, it happens. This is not a romantic comedy, but you think about the films that have come out with two people of color ... it's very rare. You look at "The Bodyguard," you look at "Hitch."

And I don't think this make sense to the general public anymore.

It really doesn't. I feel like TV definitely is starting to broaden and starting to make these shows that are multicultural. The way I cast this film, with Minnie Driver as the mother, which is tied to my white birth mother, it felt like an organic way of opening up the film. To put a cast out there that reflects what my life looks like and what America looks like.

Have you, like Noni, ever been forced to tamper with your art?

Umm ... I have been asked to do things by them but I have fought against it. It is exhausting, but I have to protect my vision and my voice. If I get a note on my script or my films, what I say to a studio executive is that, "You know this is the film of my legacy and I never want to be sitting in a theater looking up on the screen and seeing something that I don't believe in." I will never do that.