Nobody was Listening for 21 Years: Nnamdi Asomugha and Carl King on "Crown Heights"

Carl King and Colin Warner were friends in Trinidad and remained close when they both immigrated to Brooklyn. When Warner was wrongfully sent to prison for murder, King promised to get him out. “Crown Heights,” based on the true story first told on NPR’s “This American Life,” is the story of King’s 21-year battle to prove Warner’s innocence. The film, which won the 2017 Sundance Audience Award for drama (US), is produced by former NFL star Nnamdi Asomugha, who plays King, opposite Lakeith Stanfield as Warner.

In an interview with RogerEbert.com, King and Asomugha talked about how a project that took years seems to have arrived at exactly the right time, the challenge of portraying a character over decades, and why the title pays honor to the entire community.

What did you want to accomplish with this movie?

NNAMDI ASOMUGHA: I thought it was important making the film just to get their voices out there. I thought about Colin. He didn't have a voice for 21 years. Carl had a voice but nobody was listening for 21 years. It was important to just get their story out there so that they can speak and tell their stories. A lot of times we see stories like this in documentaries and not in a narrative form, so it might feel like homework and you might not be as invested. But in a narrative form, especially based on a true story, it really humanizes the issue and it allows you to empathize with them on a different level.

Carl, what was the turning point for you, after so many years of setbacks and defeats?

CARL KING: It was when we decided we had to look at Colin’s case at first hand after being jerked around by retaining attorneys and they taking our money and so forth. After a while we figured out that the way we are going to do it is to reinvestigate the case ourselves. It’s kind of hard because there were files and so forth that are hard to get. But Colin had preserved a lot of materials from the time that he was convicted. He had gotten back a lot of the materials from the trial lawyer, so that was a good start.

After as I said being jerked around, we figured the only way we can do this without getting those procedural bars that we learned about where we put in an appeal and they could just oppose it and cite laws that would keep us out of court was going back from the April 10, 1980 date, we decided to reinvestigate the case. We began with the first report which came down as to how Colin got involved in it, the 911 reports and all the follow-up with the detective work. And we even went a little further with the correspondence between the District Attorney and the Police Department with the motions and so forth and we went through that procedure, looking at all the court files, the court transcript and seeing the inconsistency and figuring out how we're going to go about tracking down witnesses and so forth. I call it “organic law,” actually. Organic law is reinvestigating a case from the beginning, not coming with some motions with technical stuff to say, “Well, OK, you should not have done this” or whatever and cite laws. Organic law is going back from the day one looking at the incident before he was even charged and seeing what actually happened.

NA: I asked Carl something similar when we first started researching it all and he said something like, “If there's a house and everyone keeps trying to renovate the house, and then you realize that the house will stay the same after renovation because the foundation is bad.“

CK: I was talking about the District Attorney or whoever presents a case. They would present a case based on fabrication, at times erroneous testimony, and they would actually sell it to the jury which is the people. So, my thing is that this house is like rotten-sided house they just cover over so they can present it and sell it. So my interpretation of that is it would be like that house where we would tear it down and dig up the foundation, where the problem starts, and actually start from scratch, so it would not be able to fall when we present it.

One of the challenges that an actor faces in a movie like this is the passage of time over more than 20 years. You conveyed the changes in Carl over time without a lot of fancy make-up.

NA: I had a wonderful coach, Eden Bernardy, who passed away right after we finished shooting. She just gave me her bible on what to do when you're playing a character that’s still alive and that has to age in a matter of an hour and a half. There's a lot of body work and a lot of voice work that went into it. Early in the film, you see a guy that bounces a little bit more and he speaks faster and he's just a little more energetic. And then, as you see the film go on and not just because he's aging but also because of what he’s going through, you start to see him slow down. He’s a little more focused. It shows in the way that he walks. There's definitely a slouch. It all feeds into the character. He couldn’t be the same way the whole time. We didn't have the money or the time to do it any other way than to do it this way. We couldn't just artificially make it happen, so it had to be in the performance.

The movie raises issues that seem sadly timely about immigrants, race, and the criminal justice system. What makes you hopeful?

NA: I always go back to the fact that one man can make a difference. No matter what the issue, we always have the power to change it. No matter how insurmountable it seems. Carl was by himself for a lot of the time, you know, and then he started to bring people along with him. So, when you see difficult things going on, just knowing that you do have the power to help change it, you know, I think that's what I always go back to. And then Colin being so forgiving when he got out; 15 minutes later he does a press conference and he forgives everyone that put him in this situation. It's grounding when you see what's going on today. Just being able to have that level of humility is impactful for me, and hopeful, too. 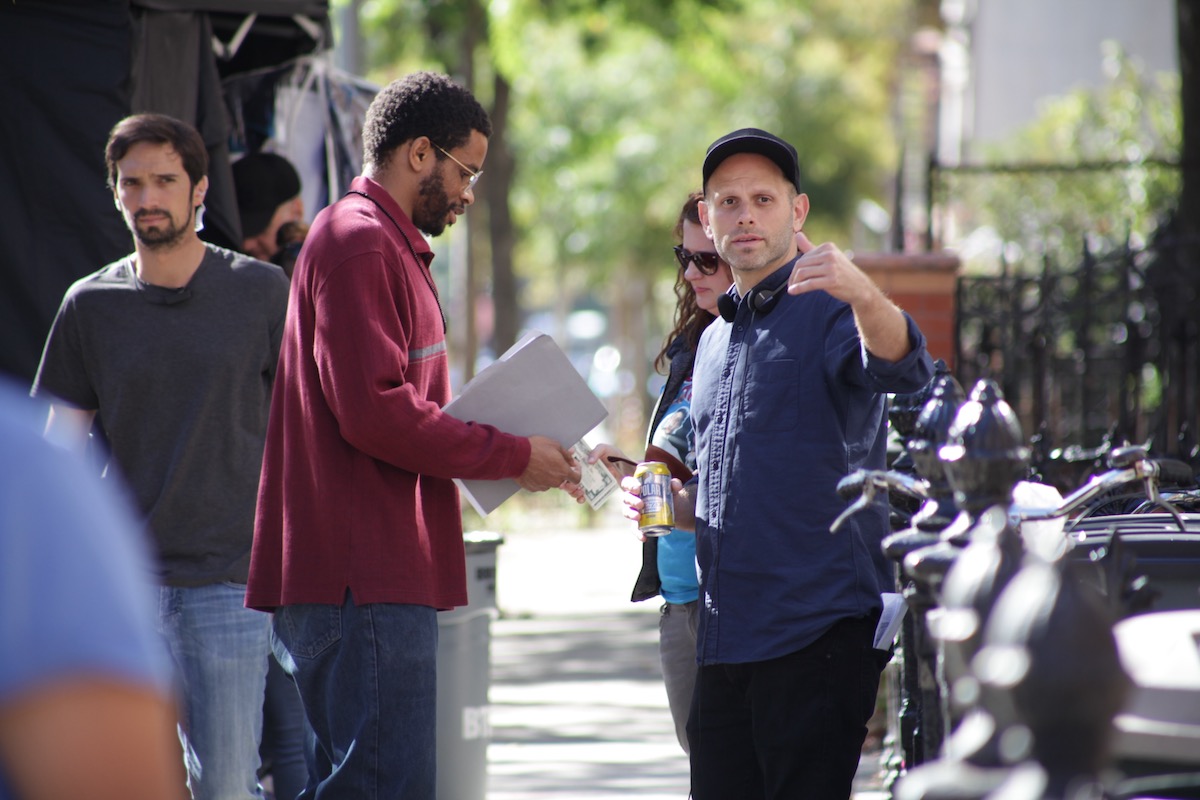 I feel like I’m hearing the echo of a locker room pep talk, and a very good one! What about your training as an athlete has helped you in acting and producing?

NA: A lot, a lot. We get a bad rep sometimes, but I think football really has just prepared me for life in general. The beauty of football is you have to perform through ups and downs in a public form with a team and the discipline and the pushing through it and the preparation that it takes to be great—all of those things have served me well. In transitioning into this career, I bring all of those things to the table. So, the preparation for this role was just night and day, hours and hours just trying to really just immerse myself into it. But I loved it because that's what I've done since I was 12 years old, discipline and commitment and teamwork. It’s been a great mix.

CK: It's a combination because from a young age, I never liked bullies. You know what I mean? And I always believed in friendship from a tender age. I believe being a friend is not only being there in good times but being there in times of need and this situation when it happened to Colin, I knew he was innocent so with that I was not about to leave him alone and have him go through this. I had vowed to myself that I'm going to stand by his side throughout, no matter what. Once Colin was in that situation where he was wrongfully incarcerated, there wasn’t like an option in my mind. It was just basically trying to figure out how we could overcome this and set Colin free.

What were some of the issues that came up with adapting a real story that took decades into a feature film?

NA: There were some things that were so crazy in the real story that we couldn't put it in the film because then people would be like “this isn't real.” But the craziest stuff is real, like the lawyer whose office was in his house. What the judge said at the sentencing was real. We didn’t want it to be anti the whole legal system. We don't think anything is 100 percent definite. That was not the goal. But this was a moment that did happen that we wanted to highlight.

Why did you decide to name the film after the neighborhood and not after Carl or Colin or the situation?

NA: We went through a bunch of titles and then right before Sundance they said, “Listen guys, your film is getting in, but there's no way we can show it if there's no title.” We just started thinking. We focused on Carl’s story. We just said, "He was able to get a community behind him to right this wrong. We need to give back to that community.” So, it was about giving back to Crown Heights because they're the ones that stepped up to the plate when Colin need them and when Carl needed them.