In reality, her acting was preceded by her carefully curated work as a filmmaker who made experimental documentaries and shorts (the best known is, “Me the Terrible”). “I was known as an actor before I was known as a filmmaker and that was infuriating to me because I had been making movies for seven years already when Joe [first] cast me,” Decker said.

Her visibility as an actor has broadened the audience and helped make possible the wider exposure of Decker as a filmmaker. She has spent much of the last year on the festival circuit showing her first two feature films. The two films just opened theatrically in New York, and are now available on video on demand (VOD) and the Fandor streaming service.

These suggestive, visually striking films announce a formidable talent—of tone, visual rhythm and tactile imagery. “Butter on the Latch” and “Thou Wast Mild and Lovely” bristle with feeling and demonstrate a strong feeling for color and mood and a touch of the sinister, even baroque, in dramatically exploring the personal and psychological consequences of the characters’ avid and carnal sexual appetites.

Both movies were shot by the very talented cinematographer Ashley Connor. Each film has a fleet, concise running time, but the movies are packed with incident and action and reveal an idiosyncratic and deft personality behind the camera. (Decker appears briefly, in a nonspeaking part, in “Butter on the Latch.”) 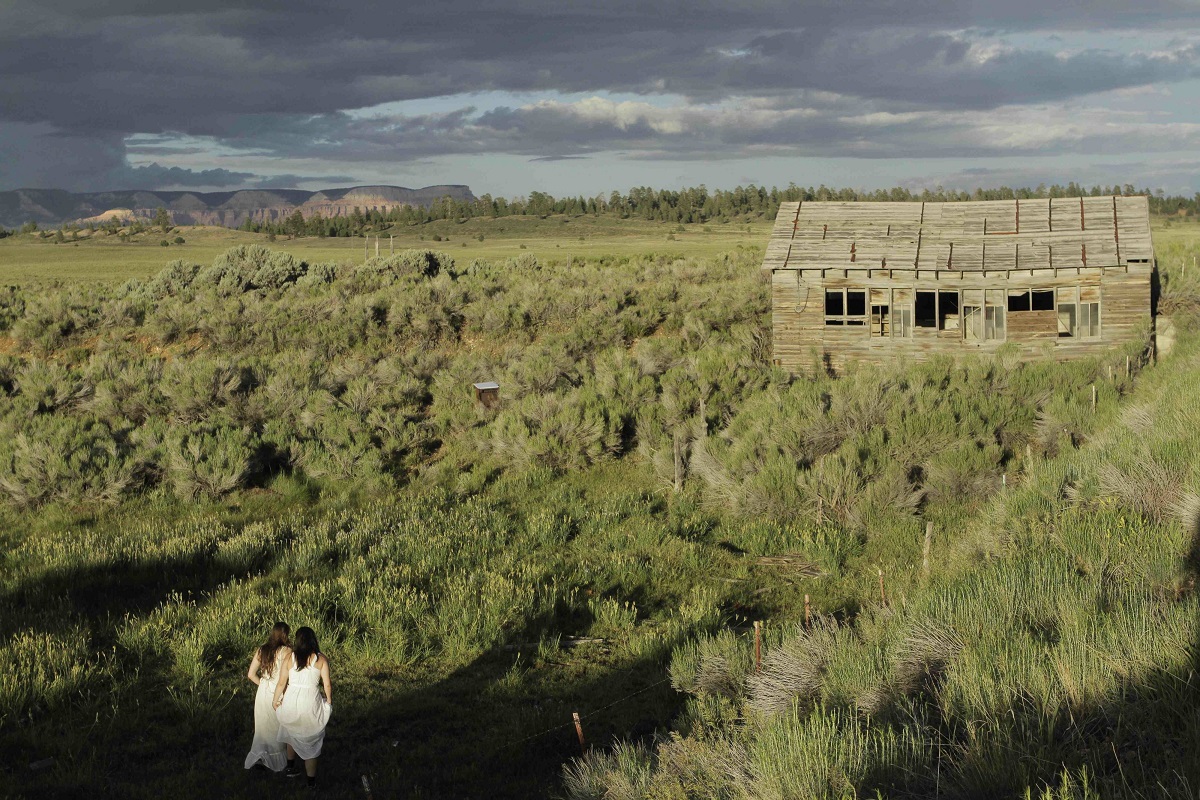 After a seven-minute Brooklyn-set prologue, the action unfolds around a “Balkan camp,” an actual music and dance workshop deep in the woods of Mendocino, California, where the protagonist, Sarah (Sarah Small) and her friend, Isolde (Isolde Chae-Lawrence) have decamped for their immersive practice of studying ethnographic music, dance and performance art.

Decker teases out the tense and complex interplay between the friends, one marked of ambition, social isolation and sexual rivalry. Their fragile relationship is further torn asunder by the appearance of another musician (Charlie Hewson). “I find it hugely important that I wrote the concepts or scripts for these films in a somewhat isolated place at the edge of nature,” Decker said.

“We worked that scene for a while before we found it,” Decker said. “It started out a little too vague, and I wanted more specifics, so we based that moment on a true story we had heard and that Isolde knew well.”

Decker edited the film and helped design the sound mix that increasingly emphasizes the extreme dislocation of Sarah’s fractured and splintered consciousness as the surrealistic and fever dreams of its protagonist yields a sharp division between the real and the imagined. “I would call editing the place where I get to really write the symphony of the film,” she said.

“I also take a really long time to edit these films. For me, a film has to sit and be rediscovered. The breaks I took in editing both films I think really helped each film as a whole . . . because when you step away and then back in, you can see much more clearly where the film needs to go.” 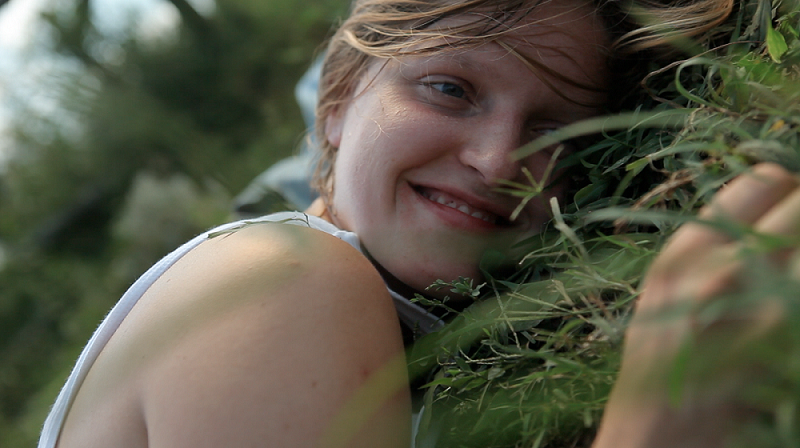 As the title boldly attests, “Thou Wast Mild and Lovely” strives for the lyric and ecstatic. If “Butter” was more somber and foreboding, Decker’s second feature is buoyant and porous. The lead character is, once again, named Sarah (Sophie Traub), a beautiful, vivacious young woman who enters into an illicit affair with Akin (Swanberg), a closed off, diffident young man who works as a seasonal laborer at the farm she owns with her father, Jeremiah (Robert Longstreet).

Decker and Connor utilize the abundant open air and light expressively. Connor composed a great deal of the movie hand held. “It basically means Ashley puts the camera on her shoulder and shoots whatever she feels like,” Decker said.”I want the camera to be as indecipherable a character as the characters—I think that lends a certain kind of discovery to the entire work.”

On “Thou Wast Mild and Lovely,” the filmmakers shot on the Canon 5D, with a very shallow depth of field, and the characters are repeatedly foregrounded in the frame, the rest of the action blurred or out of focus. Decker carves the frame, moving from light to dark. In one of the best moments of the film, Akin takes a phone call from the wife (Kristin Slaysman) whose existence he has kept secret. He moves from one room to the next, light to dark, the spaces linked by the extension of the phone cord.

“One of the reasons I love working with Ashley is that I think we want to capture the world in the exact same way—and she is very good at helping me put what I see into the footage. We both want a similar darkness and obscurity to surround out characters and our important moments.

“If the camera is unsteady, the audience is unsteady. I don’t think filmgoing should be a safe experience. I want the audience to feel like they have to find their way through and out of the movie, and I think our style helps extend the film beyond the 75 minutes it takes up,” Decker said.