Interview: William Friedkin on "The People vs. Paul Crump"

Young William Friedkin was content with his career as a director of live television for WGN in Chicago in the early 1960s. He directed some of the station’s most iconic show’s ranging from "Bozo’s Circus" and "Garfield Goose" to live performances of the Chicago Symphony. "Had live TV hung around," he offered, "I would have been delighted to stay in Chicago.",/p>

Two things happened that altered the course of his career. The first was seeing "Citizen Kane" for the first time at a local revival theatre. The second was a party invitation from cultural maven Lois Solomon (later Lois Weisberg, the city’s cultural affairs commissioner). Friedkin, who said he does not like parties to this day, had put her off for a year or two. "She liked me," he laughed. "She thought I had talent and she encouraged talent."

That party (which included Lenny Bruce) changed Friedkin’s life and
set in motion events that would save the life of another man not in attendance, Paul Crump, a Chicago death row inmate whose appeals by this time (1960) were exhausted and was scheduled for execution. Inspired by "Citizen Kane" and moved by Crump’s story, Friedkin made the leap to filmmaking. His first film, "The People vs. Paul Crump," an hour-long documentary, is just out for the first time on DVD from Facets Video in a newly restored edition.

Produced in 1962, "The People vs. Paul Crump" was instrumental in moving then-governor Otto Kerner to commute Crump’s death sentence mere days before he was scheduled to die.

Orson Welles was 25 when he made "Citizen Kane." Friedkin was 25 when he saw it. "It changed my life," he said. "It made me understand that film was an art form and a unique way of storytelling that I had never considered. I started to go regularly (to the city’s other art house and revival theatres). That would have been my only education in film. I was anxious to do something without knowing what the hell it was."

That "something" clicked when he met Father Robert Serfling at Solomon’s party.

Serfling was the Death Row chaplain at the Cook County Jail. "I asked him had he ever met anyone on Death Row whom he thought was innocent," Friedkin said. "He told me about Paul Crump." 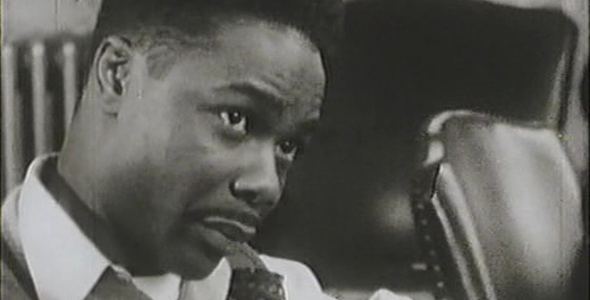 Convicted in part on a suspect confession, Paul Crump had been sentenced to death in 1953 for his participation in a payroll robbery at the Libby, McNeill & Libby meatpacking plant that resulted in the brutal slaying of a security guard. At 22, Crump was the youngest person on Illinois’ Death Row. (His story is chronicled in a booklet that accompanies the DVD). But in the years awaiting execution, he had become a model prisoner and, in the opinion of the warden, Jack Johnson, fully rehabilitated. "(Johnson) had executed at least two people by then and he didn’t want to execute Crump," Friedkin said.

After meeting Crump, Friedkin, who had strong feelings against the death penalty, pitched WGN’s head of programming on a documentary about the case. When he passed ("We’re in the live television business," Friedkin recalls being told), he approached Red Quinlan, general manager at WBKB (now ABC Channel 7), who greenlit the project.

Friedkin had never seen a documentary. Nor did he have grand Hollywood ambitions. "I had a very noble motive when I began this," he said.  "To me, the Crump film was going to become a court of last resort. He was on his way to the electric chair unless the governor issued a pardon, which at the time did not seem likely."

Quinlan established a $6,000 private fund for the project.  Friedkin’s two-man crew included cameraman Bill Butler, who would later shoot "Jaws."  "The People vs. Paul Crump" employs narrative techniques to make its case,  a break from traditional documentary and verite traditions as represented at the time by the groundbreaking  "Primary," a 1960 collaboration between Albert Maysles, Richard Leacock and D.A. Pennebaker. "I didn’t know any better," Friedkin said. 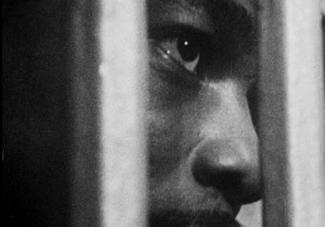 Taking his cue from "Citizen Kane"’s faux newsreels, Friedkin staged a reenactment of the meatpacking plant robbery and murder with the same docu-realism he would bring to his Oscar-winning "The French Connection" and "The Exorcist." It also includes interviews with Crump, Johnson, and Chicago Daily News reporter John Justin Smith.

"I did learn how to make a film," Friedkin said of the experience.  "We made numerous mistakes, but we had this incredible story."

But the story, with its allegations of Chicago police brutality against Crump, was one that Quinlan and the network brass ultimately determined was too incendiary for broadcast and it was never aired.

Quinlan did send the film to Gov. Kerner, who watched it and sent Friedkin a letter. "Which I still have," Friedkin said. "He said, "I was extremely moved by your film… I’ve decided to parole  [Crump] to a life in prison without the possibility of parole."

Crump’s story did not have a Hollywood happy ending.  In jail, he had educated himself and written a widely-praised novel, "Burn, Killer, Burn," which earned him the support of the literary set, including James Baldwin and Gwendolyn Brooks, according to newspaper reports. After 40 years in prison, he was released in 1993 but he struggled with alcohol and mental illness that would compel his sister to get an order of protection against him. He died of lung cancer at the age of 72 in 2002.

"He had been incarcerated for so long," said Friedkin, who at one point lobbied unsuccessfully to have Crump released to his custody. "He couldn’t make it on the outside. He couldn’t make the adjustment. " 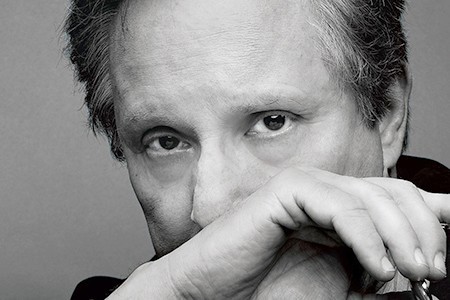 Friedkin has never lost his love for Chicago, he declared. A perfect day for him, he said would include visits to the Art Institute, Berghoff’s restaurant, and Wrigley Field. He calls  "The People vs. Paul Crump" "the only memorable thing of the work I did for eight or more years in Chicago television."

The film achieved what he wanted—it helped to earn Crump his freedom. It also gave him a career. The film, which earned film festival honors, caught the attention of legendary documentarian David Wolper. Friedkin moved west soon after.

On reflection, Friedkin said he has modified his thoughts on the death penalty over the years. In 1987, he directed "Rampage" (which was not released until 1992), an impassioned serial killer drama that takes direct aim at the insanity defense.

He believes now that "certain crimes do require the death penalty," citing "those who break the humanistic threads of civilization" such as the Boston Marathon bomber. "What is the point of keeping this guy alive watching TV from a bunk," he said.

May was a good month for rediscovered Friedkin, first the long-awaited release of  the initially critically-maligned "Sorcerer" on Blu-ray and now "The People vs. Paul Crump." "I don’t think about it," he said. "It’s so far into the past. (When I made ‘Crump’) I had no idea where it would go or what could result. I had the hope, but not the certainty, that it would help Crump in some way and that it would some way be the beginning of an education for me in how to make a film.  I never thought it would lead to me becoming a film director. It was a circuitous route."

As a result of "Crump," Friedkin said, "I came to believe the power of film to affect good and reasonable change in the country," and added with a laugh, "but then I went out to Hollywood. I was quickly relieved of that notion."

While the "primary purpose of films today is simply to make a lot of money and to fill up theatres," he said, documentaries "are the most interesting things being done in cinema. Films like ‘The Act of Killing’ are life-changing experiences."

Would he make another documentary? "If I found something that moved me as much as Crump’s story," he said, "I would love to do a film about it."