Interview: Dave Green and Teo Halm on "Earth to Echo"

Like the metal fragments that float upwards forming a spaceship over the sleepy town in “Super 8,” Dave Green’s family-friendly sci-fi fantasy pulls various key elements from past blockbusters (including J.J. Abrams’s aforementioned Spielbergian pastiche) into its gravitational pull, reassembling the pieces before filtering them through the souped-up lens of modern technology. It’s a found footage movie for kids, weaving various digital devices into its storytelling technique. When Tuck (Astro) encourages his friends, Alex (Teo Halm) and Munch (scene-stealer Reese Hartwig), via Skype to join him on a nighttime adventure, he plays a snippet of Michael Kamen’s great “Robin Hood: Prince of Thieves” score on iTunes in order to set the proper motivational mood.

After embarking on their journey, the trio discover Echo, an adorable owl-like alien desperate to phone home. The film may not be exceptionally original, but it sure beats “Robin Hood: Prince of Thieves.” Green and Halm spoke with us about their approach to building suspense, telling a story visually and maintaining authenticity when portraying the lives of its young characters.

Dave’s Funny or Die video, “Dial M For Murder,” satirizes the “Scream” formula by incorporating updated social media. What attracts you to exploring how social media shapes the narrative of our lives?

Dave Green (DG): That’s a really good question. This movie tells its story from the kids’ point of view and we wanted to be conscious of how kids communicate now. It’s part of the way that we all live our lives. About twenty years ago, there came a point in horror movies where you had to acknowledge the existence of cell phones. There always had to be a beat where the characters said, “Use your cell phone, call the cops.” We thought it was a cool kind of access point for the kids to get called by this creature from another planet.

Teo Halm (TH): We definitely take modern technology into perspective. There are scenes where we are instant-messaging each other and video chatting and that’s pretty cool because it’s relevant. I wouldn’t say that it’s never been done before, but you rarely see an [online] conversation treated with that sort of casualness and non-formality.

DG: We’re trying to be as authentic as possible to the way that kids talk to each other. Half of the conversations that they have with each other are digital. 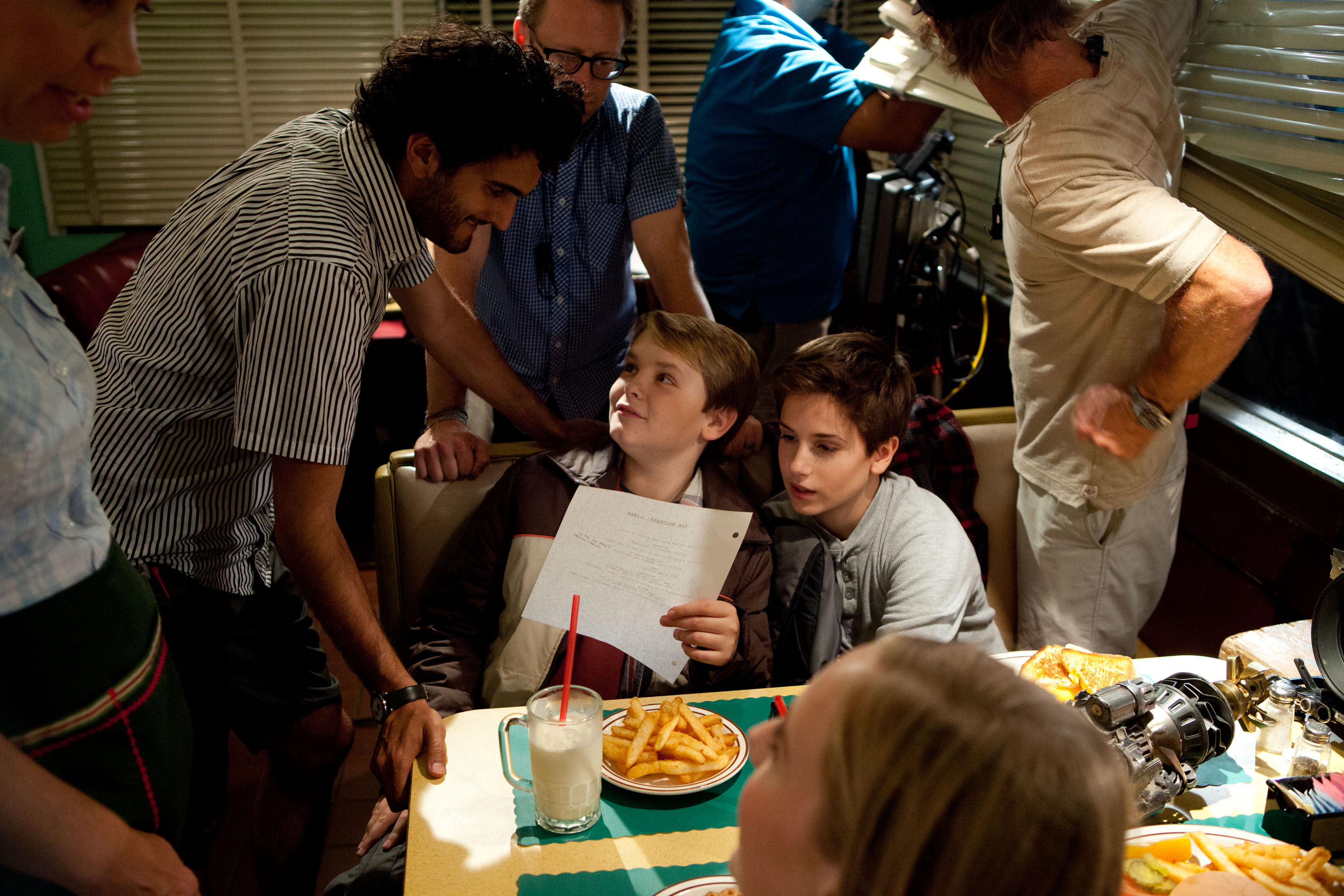 Teo, as a 15-year-old, were you able to relate to how the characters utilized modern technology in their daily lives?

TH: Definitely, even though you don’t see the kids directly using Twitter or Facebook or Instagram or anything like that. We just wanted to make the characters as real as possible. You see many movies where the dialogue sounds scripted. Dave gave us the chance to say what we thought we would say if we were in the same situation as our characters.

DG: There was never a moment where I was like, “We have to stick to this exact blocking.” If you feel like this line or this direction makes no sense to you, then I am the 30-year-old giving directions that make no sense. You have to filter it through the way that the kids actually talk and act.

TH: I was completely comfortable going up to Dave and saying, “I would never say this line,” and he was like, “Yeah, I understand.”

The film is in the grand tradition of classics like “Stand by Me” where a group of friends savor one last summer together. How were you able to build chemistry between the young actors?

DG: In any given scene, we would do ten takes. It was an unusual format because your average movie is shot with coverage and you’re getting all these different angles. This movie is being told from the kids’ point-of-view, and it was largely shot from a single camera perspective. It was honestly storyboarded to be that way, even though there are jump cuts interrupting our masters. We storyboarded how the camera would pan back and forth between characters and who it would focus in on.

There were a number of takes where I’d say, “Okay, let’s do the script and get in the rhythm of the lines,” so the actors know what they have to say. Then on take nine, I’d say, “Okay, mix it up.” Sometimes there would be a little spark in there that makes the scene come alive. Sometimes it’s the opposite case and the scripted version turns out better.

TH: We always had to be camera-ready, but I didn’t really see how that would be useful because the movie is shot by us. There were scenes where we took the camera into our own hands. I got to hold the camera during the scene where the kids are driving. 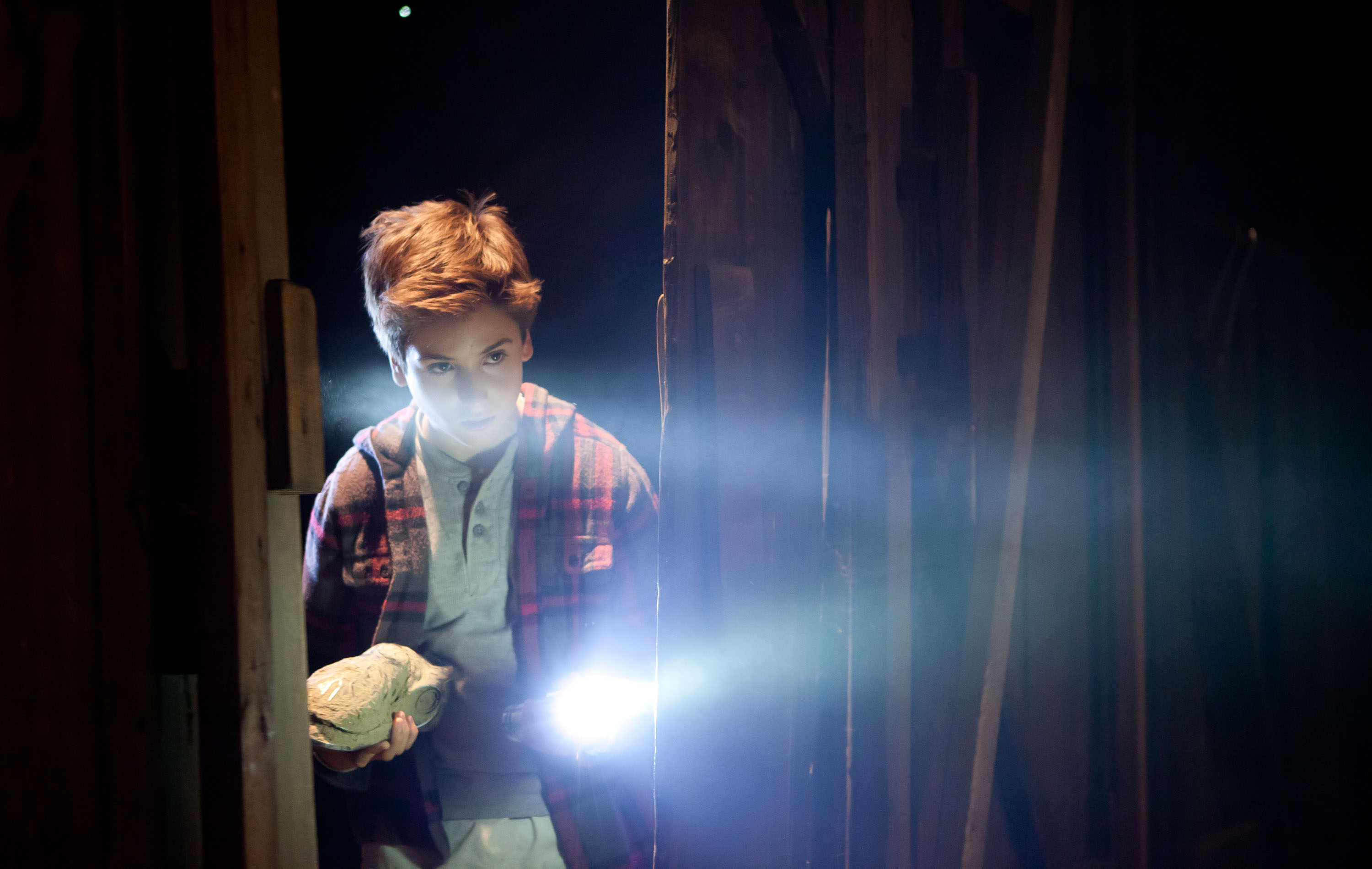 Were there any particular scenes where your improvisations made the final cut?

TH: There’s a scene where we’re all sitting down at lunch together talking about our adventure that we’re about to go on. We were planning how we were going to lie to our moms, and we’re saying stuff like, “I’m going to tell my mom that we got a new video game that we’re going to play together.” Tuck asks me, “Where are you going to be tonight?” and I said, “I’m going to be in your mom’s bedroom not playing video games.”

DG: It was a divisive line. Parents in the audience are like, “Uh, okay,” and the kids go nuts for it. Everything comes from Henry Gayden who wrote the script. When I first read the script, I thought it was great and liked how each character had their own little arc. I also liked how the band of three friends find their fourth friend in Echo, and you see how Echo informs their friendship on the eve of their eventual separation. What does this fourth friend do to this group when they’re in the process of saying goodbye to each other? I felt Henry laid a strong foundation for each of us.

TH: Henry definitely helped out if we ever had trouble. I understood the basis of my character and I understood what was written on the page, but there were times when I just didn’t completely understand the foundation of who I was playing. I could go up to Henry and talk to him about my character and we’d have a long sit down. If Henry or Dave saw that I wasn’t my character [during a scene], they would let me know. Henry had a good idea of who we all were and our backgrounds.

DG: I think all of you guys were slightly different from the characters we had envisioned. We wanted the actors to inform who the characters ended up being in the end, and ride with that tide. 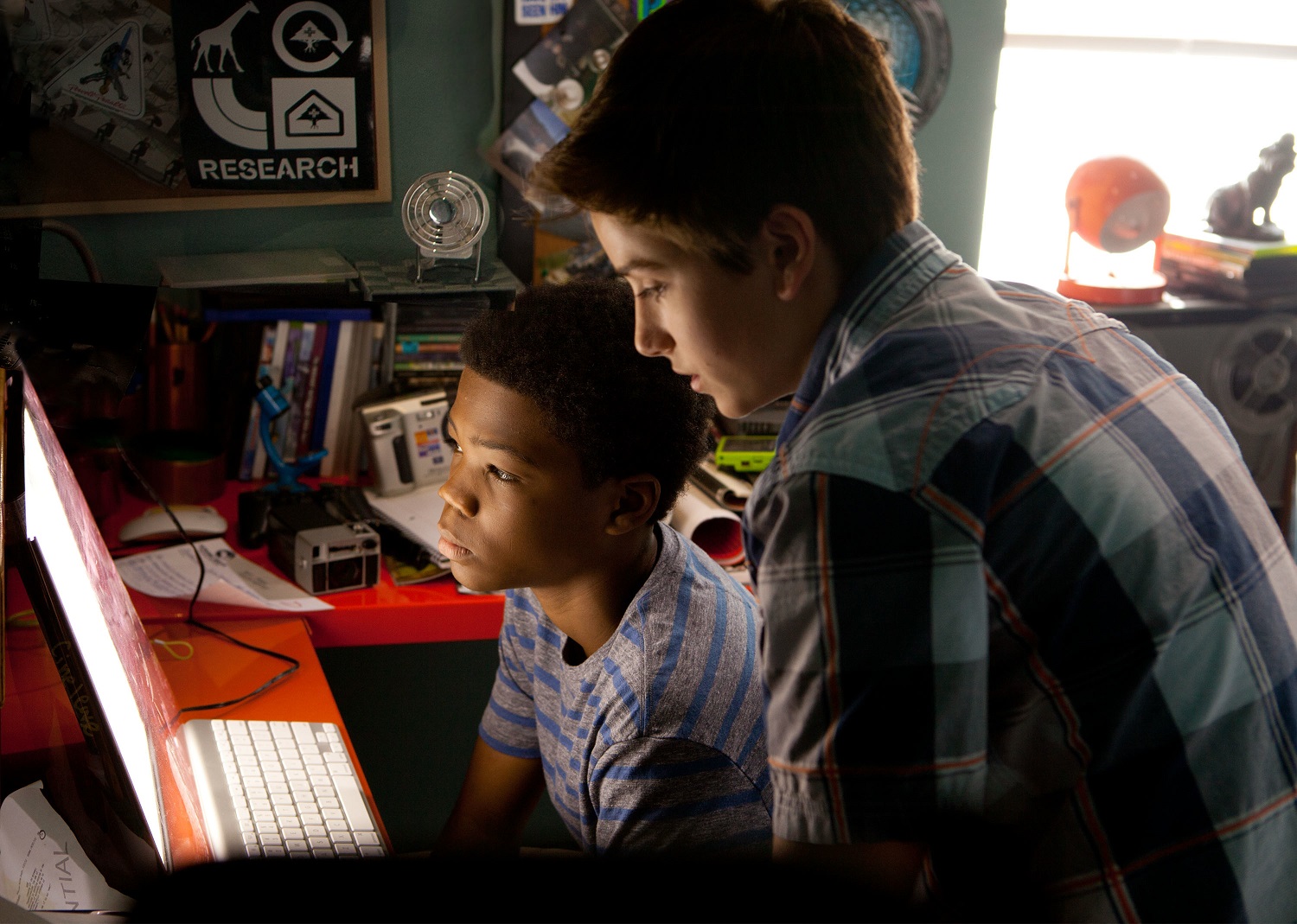 The relationship that Alex has with Echo mirrors the Elliott/E.T. dynamic in that Teo’s character is a foster child who shares with the alien a similar feeling of displacement. How were you able to convey that sense of alienation?

TH: On paper, Alex is a very simple character. He’s very simple-minded, but in order to fully embody him, it took effort. I’m more outgoing, more talkative and energetic in real life. Alex is a mellowed-out kid who is very introverted. He watches everything and has his own opinion on things, but he doesn’t talk too much. The role was difficult especially during the more emotional scenes. A lot of [my performance] consisted of facial expressions and thinking things that would not directly be said. Before we filmed, we had an acting coach who took me through my character’s past. We went through and figured out every single detail.

DG: Some of that was editorial too. You shoot onset with the knowledge that Munch is the rambunctious motormouth, Tuck is the leader, [etc.]. But then there are moments when you want to look beneath the surface of the action. Alex doesn’t say a line but you can see what’s going on inside. When we started putting the movie together, we originally didn’t have a score because we wanted the dialogue and banter between the kids to become the rhythm and pace of the movie. But when we added music, it ended up bolstering the emotion.

TH: Even though you have Tuck narrating the whole thing, there’s a lot that remains unsaid and a lot of things that are left to be imagined by the audience.

DG: Seeing the movie with an audience and getting to see them go on the adventure with the kids, discovering everything one [detail] at a time, is very fun for me. A lot of my favorite movies are told intimately through the perspective of the main characters. The camera doesn’t hop to the bad guy in the middle of a scene just to cross-cut for the sake of cross-cutting. It was really important to me that we kept our focus on the kids and told the movie through their point of view. An audience’s excitement to what they’re seeing is funneled through the perspective from which it’s experienced.

TH: I totally agree with that. We would never show what the bad guys were doing. There’s no dramatic irony where the audience sees what the characters don’t. You only see what we see. It’s kind of like you’re there with us.

DG: That foundation was there in movies like “Stand by Me” and “The Goonies” that we loved watching growing up because they were told from the perspective of kids. They didn’t really spend time on the adult perspective and that’s something we haven’t seen in a while. Even a movie like “Super 8” takes time to cut to the adult story. Part of my excitement of putting this movie together was the opportunity to honor our character’s point of view, stick to our guns and not cut away just because it’s easy or builds suspense. That’s how I like to see a set piece unfold. I want to feel like I’m there.